Fitzwilliam's architecture spans nearly 200 years. The Grove, the 19th-century house in which Emma Darwin lived after the death of her husband Charles, is surrounded by modern works by Sir Denys Lasdun, Sir Richard MacCormac, van Heyningen and Haward, Allies and Morrison, and Edward Cullinan Architects.

The Grove (1813)
The Grove, a Grade II listed building, dates from the end of the Napoleonic Wars. First owned by its architect William Custance, the house is in gault brick with a slate roof. Emma Darwin lived here between 1883 and 1896, after the death of her husband Charles. The Grove is now home to the newly-built MCR extension.

Hall & Central Building (1960-63)
Denys Lasdun was Fitzwilliam’s original architect, and the College was his first university building. He later designed the University of East Anglia (including the ‘ziggurats’) and additions to Christ’s College, Cambridge (the ‘typewriter’). Lasdun was awarded the 1977 Royal Gold Medal.

Chapel (1991)
MacCormac Jamieson Prichard designed the Chapel to suggest a floating ship, the hull of which is revealed in American white oak panelling through the fine white concrete. The Chapel won a 1992 Civic Trust Award, the 1993 Carpenters’ Award and the 1993 David Urwin Award for Best New Building.

Gatehouse Court (2003)
Gatehouse Court created a new entrance and frontage on Storey’s Way, reorienting the College to accord with Lasdun’s masterplan. Designed by Allies and Morrison, it won a 2005 RIBA Award and, together with the Auditorium, won the 2005 Brick Development Association (BDA) Award for Building of the Year.

Auditorium (2004)
The 250-seat Auditorium, by Allies and Morrison, is built from a brick similar to The Grove’s, and extends below ground, giving the seating galleries a ground-level relationship with the landscape. Praised for its acoustics, it won an RIBA Award, a Concrete Society Award and, together with Gatehouse Court, won the Brick Development Association Award for Building of the Year in 2005.

Edward Cullinan Architects (now Cullinan Studio) specified brick to match the adjoining Lasdun east wing, and the European oak of the west facade will weather to complement the brick of The Grove. The library is an environmentally sensitive building which completes the College. Ted Cullinan, who had worked with Lasdun on the College masterplan in the 1960s, was the recipient of the 2008 Royal Gold Medal. The library was named The Olisa Library in 2013. Read more about The Olisa Library >>

In 1963 the Fellows and students of Fitzwilliam moved into new buildings designed by Denys Lasdun, a champion of the International Modernist movement in architecture. In 2013 (26 June - 11 October) Fitzwilliam celebrated with an exhibition of photographs, plans and models showing the ways in which Lasdun’s original vision has been interpreted and transformed by successive architects and imaginative landscaping.

A symposium was held on 25 June 2013 to coincide with the RIBA 'Love Architecture' week and attracted a large audience. Dr Barnabas Calder gave the introductory lecture, 'Courts and community: Denys Lasdun’s Fitzwilliam House'.

Sir Denys Lasdun (1914-2001) studied at the Architectural Association and worked with Wells Coates before joining Tecton, the practice of Berthold Lubetkin, in 1937. Denys Lasdun & Partners was established in 1959. Fitzwilliam was the first higher education project undertaken, to be followed by the University of East Anglia and New Court at Christ’s College, Cambridge. Probably his best-known work is the National Theatre (1961-76). He was awarded the Royal Gold Medal in 1977 'in recognition of meritorious Modern buildings and their architects at a time when public appreciation of contemporary architecture is at a low ebb'. 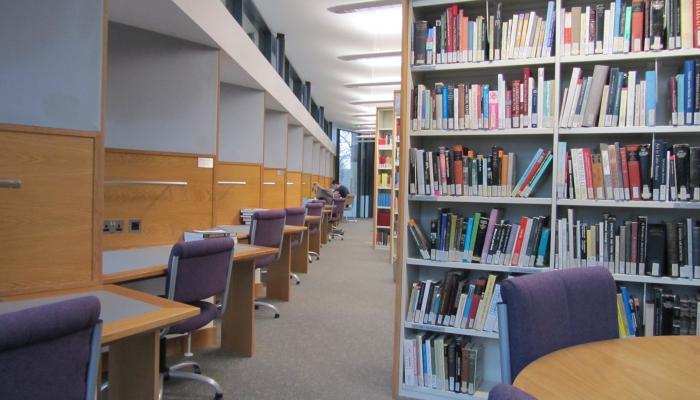