Fitzwilliam College Gardens are a mixture of modern, naturalistic and traditional planting, tended by a three-strong gardening team.

Head Gardener Steve Kidger explains his team's shift away from relying on herbicides and pesticides towards more sustainable methods - these have helped us gain University environmental awards.

Steve says: "When Professor Lethbridge took on the mastership in 2005 we established a kitchen garden adjacent to the Master’s Lodge garden, with the intention of supplying fresh herbs and vegetables for the house.

"From the start we based the style of the kitchen garden on a French potager, mixing ornamental plants - flowers - with the productive - vegetables.

"This type of planting style offers several benefits, in that the vegetable garden becomes more than just an allotment but can be viewed as a decorative addition to the wider garden.

"Interspersing flowering plants among the vegetables draws in pollinators to help set fruit and beneficial insects like ladybirds and hoverflies to assist us in controlling pests, particularly helpful as we pursue an organic approach to gardening.

"This garden style was first incorporated into the College grounds with the establishment of the Fitzwilliam Community Allotments at Wilson Court in 2015. These raised beds have provided green-fingered college members with an opportunity to cultivate their own plots.

"The extensive damage to New Court lawns experienced in recent years from a Chafer beetle infestation has provided an opportunity to bring the skills and experience of managing a potager into the College grounds.

"We have used a more formal geometric arrangement utilising box hedging to define the rectangular planting spaces, inspiration having been taken from the formal gardens of Villandry in the Loire Valley.

"The planting scheme has pumpkins, leeks and rainbow chard as the vegetable element with begonia, santolina and scabious as the colour complement.

"Chard leaves are passed on to the College chefs, with the pumpkins and leeks harvested during Michaelmas term.

"This garden style, together with extensive wildflower planting, have not only transformed the aesthetic of New Court but are also examples of how small steps can be taken to address environmental concerns about biodiversity and sustainability." 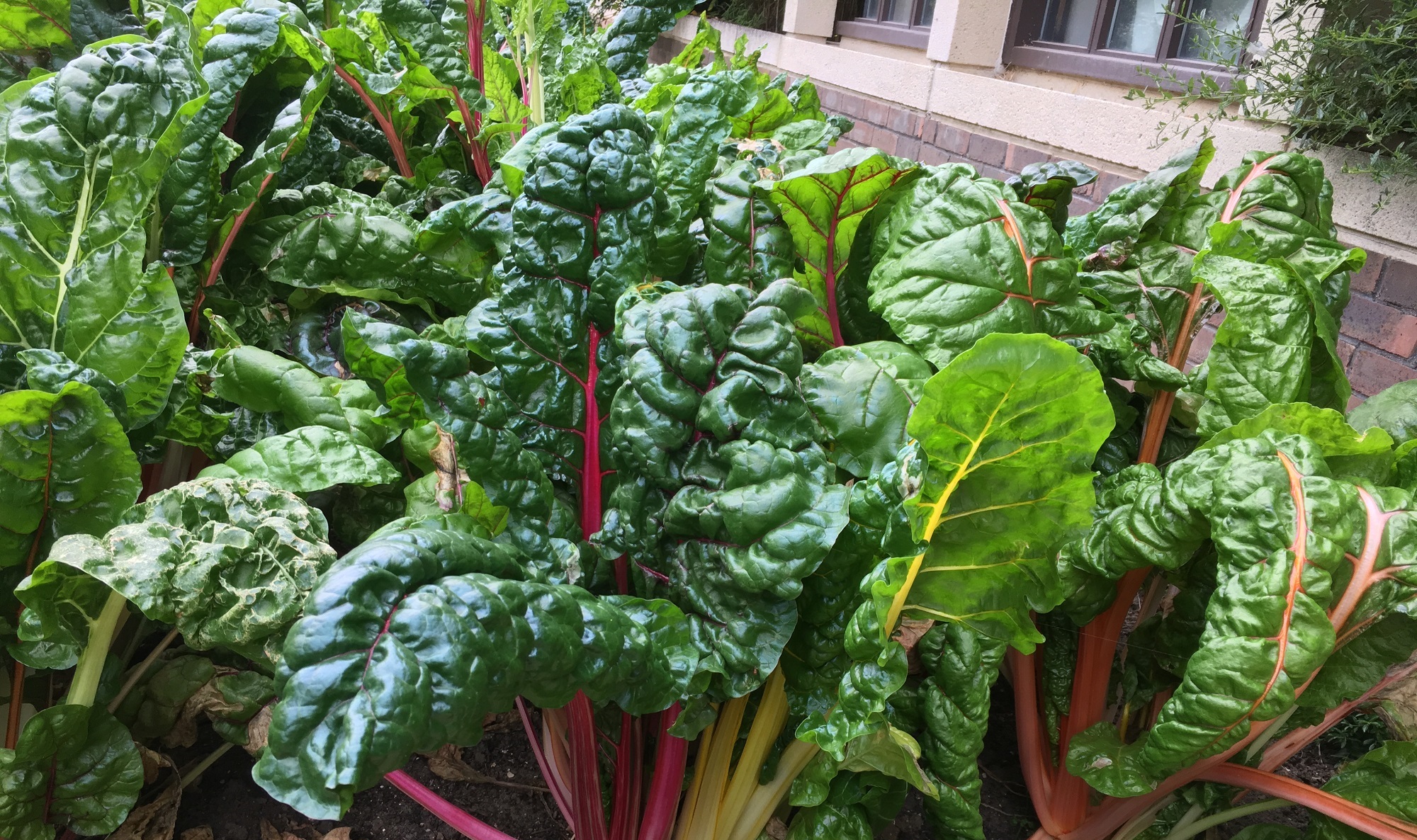 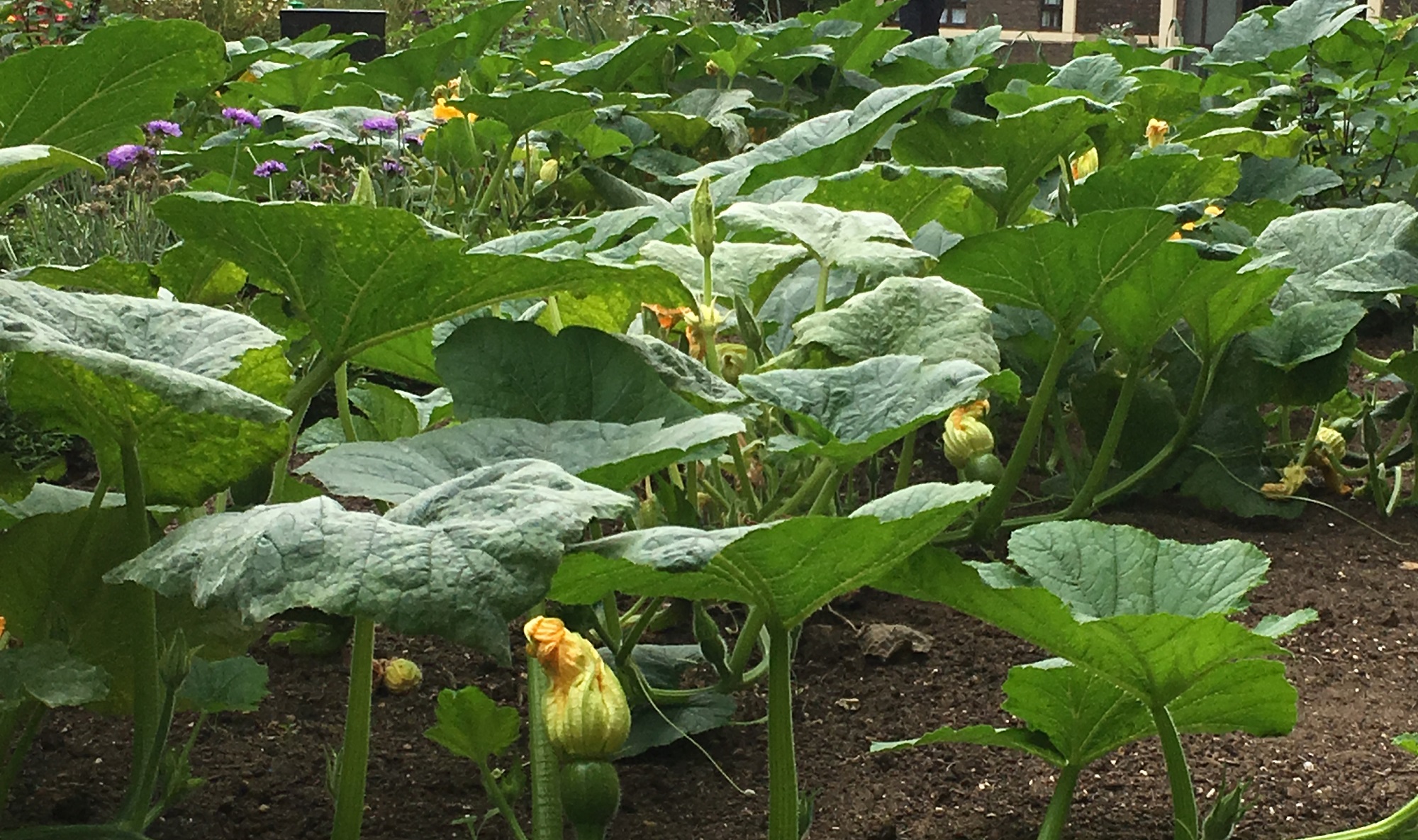 For panoramic photographs showing the interior of the College site click here.

Storey’s Way entrance and Gatehouse Court The College entrance is flanked by ‘living barbed wire’, Colletia cruciata. In summer the beds come alive with devil’s tobacco and red hot poker. Inside the Court, Primula and Dicentra nestle among ferns. In autumn, Cyclamen flower under the copper beech.

Wilson Court A summer border lies hidden behind Wilson Court, along the boundary with Murray Edwards College. Euphorbia mellifera lines the path towards Gatehouse Court and the Japanese maple (Acer palmatum ‘Sumi-nagashi’) is a point of focus in front of Y staircase.

‘The First Undergraduate’
Old box trees and a huge oak shade this bronze by Christopher Marvell, commissioned for the College’s 125th anniversary. In spring, the ground is covered by woodland perennials and hellebores. The canopy is of limes, yews, false acacias and horse chestnut.

The Grove
The plane tree (Platanus hispanicus) between the Chapel and The Grove is over 200 years old. In Edwardian photographs the tree is just as large. The climbing rose and snail-shaped topiaries by the veranda are newer additions. The sundial parterre contains cottage-style planting of English sage and heliotrope. The Acer ‘Drummondii’ on the Copse border was planted by the King and Queen of Spain.

Olisa Library planting
Head Gardener Steve Kidger and his team have created an entirely new landscape around the Olisa Library. Rudbeckia and pampas grass follow the tower’s curve. The triangular bed holds wedding cake trees (Cornus controversa ‘Variegata’), Echinacea for summer colour and tussock grass for winter structure. Behind the library a meadow attracts wildlife and insects, and is planted with native trees including Scots pine. A Blue Tit has already adopted the nest box on the walnut tree.

Tree Court
In 1883, Emma Darwin wrote “I never saw such a display of primroses ... especially under each of the beech trees; they were like a carpet”. The beeches still stand; new planting includes wood-rush (Luzula sylvatica) and Brunnera macrophylla ‘Jack Frost’. The lawn holds English and North American oaks, and is edged by Gypsophila and pink bell-shaped buds of beauty bush (Kolkwitzia amabilis).

New Court
Blocks of wildflowers punctuated by spring bulbs boost biodiversity, attracting pollinators and wildlife into the garden as well as adding a splash of early summer colour.  The 'potager' with its mix of vegetables and flowering plants, demonstrates the ability of a garden to be both productive and ornamental. 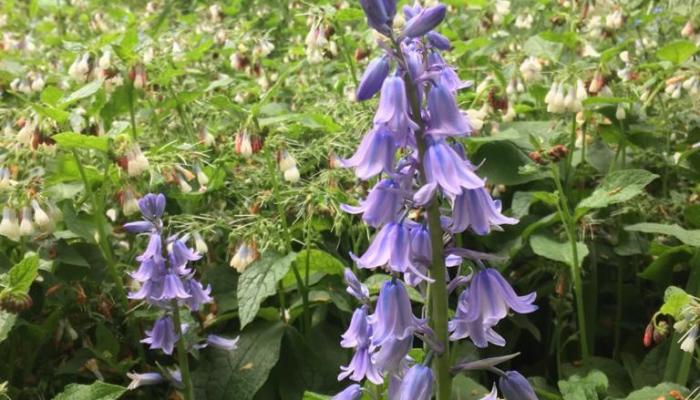 An update from the Fitz gardens