Bem Le Hunte (Archaeology & Anthropology 1982) tells us about her nomadic and varied career and why liminality is important in the modern world.

Why did you choose to come to Fitzwilliam and Cambridge?

As a young girl in 1969, my parents brought me to Cambridge and I remember seeing some students and thinking that’s where I want to be. When I was 16 I decided to leave school and my mum wouldn’t let me. She was a schoolteacher and she went to Cambridge, to Girton, when there was one woman to every 10 men. That’s where she met my father. She taught me English Literature in four months and I did another A-Level at adult college. I had studied all my other options and I quite seriously considered not going to university unless I came here. Cambridge presented an opportunity for a very privileged education. I teach in an academic environment now, a modern university, where you don’t have one-on-one supervisions. To be on the receiving end of the Cambridge model and have these incredible world-leading social thinkers examining your undergraduate essays was extraordinary and very inspiring.

What are you first recollections of Fitzwilliam?

My mother and father both studied literature at Cambridge and my mother said ‘you are always going to read all your life – you should do something different’. She said ‘you’d love social anthropology’. Catherine Hills was the Director of Studies for archaeology and anthropology. I’d been on a dig with her and really enjoyed it. So we knew each other and she pulled me out of the pool for an interview. Everybody has definitive moments in their life. And studying here would be one. The incredible support we received and the portals you could enter on a one-on-one basis with world-leading thinkers... Professor Alan Macfarlane, at King’s, was my tutor. He was an expert in the Western love complex, the origins of English individualism, and love and death and marriage. That’s really interesting for a future novelist. 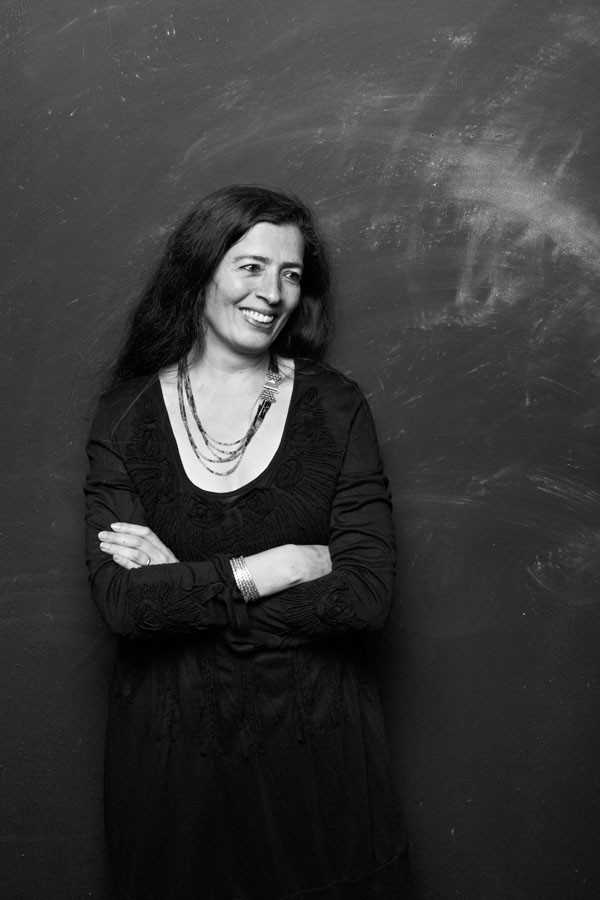 When I left Cambridge I spent a bit of time taking up my father’s advice, which was leave getting a job as long as you can. I gave myself permission to have a very broad career. I worked in the music industry, in film making in Delhi and I worked for a creative agency in Soho. Then I decided I was going to go to Australia, because everyone was going on an adventure. I met my husband within two weeks of arriving in Sydney and ended up living in Australia.

My friend Becky, who I met on day one of first year and who also studied anthropology, had gone to live with a tribe in the wilds of Papua New Guinea in her gap year with my future husband’s family. My husband’s step father was an anthropologist. She’d had these incredible adventures with his family. The first time I saw pictures of my husband were on the walls of her room. I moved to Sydney and she said you must look up the Golskis when you get to Sydney. I rang up the number Becky had given me and my future sister-in-law said ‘why don’t you come over for dinner?’ I went over for dinner and halfway through dinner she said ‘why don’t you move in?’ After dinner we went to the backpackers’ hostel, picked up my things and I didn’t move out for a couple of years!

I got a job at University of Technology Sydney, teaching about nine hours a week. After a couple of years they offered me a continuing position, but at that time we were about to get married in India – one of those big weddings, at my grandmother’s house in Delhi – and I left the job and thought nothing more of it.

I went on to work across the creative industries. I was the creative director for the launch of Windows 95, which put the internet on the desktop. No-one knew what the internet was and we had to imagine what it could be. The launch and my first son had the same due date. I was getting bigger and bigger, about to have this baby and they were all laughing at the agency about which would launch first. Windows 95 did by a few days! Around the birth of my second child I decided I would go to live in the foothills of the Himalayas and write. My first novel, The Seduction of Silence, is set in the Himalayas, in the village we were living in.

My second child was born in Delhi and we came back to Australia a bit later and I became a novelist. My husband is very Renaissance man, too. We’ve done so many interesting things because we’ve been very flexible.

Lots of people like to plan and have structure - where does your confidence come from?

One of the things I was introduced to at Cambridge was the idea of liminality. In anthropology they talk a lot about liminal spaces, which is not being here, not being there. I have a reputation at my university as somebody who is very good at liminality, very good at unknowns. I have to be because I’m inventing a discipline that’s not a discipline, it’s the world’s first trans-disciplinary degree. It’s filled with unknowns. One of the things we need to create for our students is a confidence for unknowns. Today’s graduates will do a range of jobs across a range of industries. The siloed faculties and traditional degrees, even double-barrelled degrees, aren’t enough to future proof your education. Understanding liminality, being confident with unknowns is going to be an important graduate attribute for the future.