Dame Helena Morrissey (Philosophy 1984) is a trailblazer in the City, the founder of the 30% Club, Chair of the Diversity Project and a mother of nine. Here she shares her story.

I had gone to a comprehensive school and wasn’t at all confident about taking what was then the seventh term exam. Fitzwilliam was offering matriculation offers (two Es at A-Level), so I went for one of those. I did a lot better in my A-Levels, I am happy to say, than two Es, so I was effectively a bit of an early access beneficiary. I found the place very friendly, and made friends quite quickly. There were only two people doing philosophy in my year: the other one is godfather to one of my children!

Why did you choose to study Philosophy?

I liked the concept of trying to think about the problems that people hadn’t solved yet. Actually someone said to me, oh yes, as soon as anything is solved it goes into another subject!

Do you feel like your time at Fitzwilliam prepared you well for your future career?

Yes – perhaps surprisingly well, given my subject and career choices. You might say, what connection has philosophy got to do with the City? But actually I’d argue that it’s a shame more people don’t study philosophy, particularly around ethics, but also – and it’s a cliché – it taught me how to think. That is such a valuable skill in life generally and I think it probably has helped me much more than people might imagine in terms of actually being a fund manager and then running a business.

You joined Schroder’s in a grad scheme and climbed quickly, if not always smoothly. Did you always intend to have that steep a career path?

No, I very much took it one step at a time, and early in my career I had a lucky break when I was selected to go to New York for two years, which really helped me to learn a lot very quickly. But I was disappointed a short while later to be passed over for promotion and that failure also helped (with hindsight). When I joined Newton it was a very different culture to the first firm and I had already learned not be a stereotypical woman and expect that if I put my head down and worked hard someone would tap me on the shoulder and anoint me to the next role. I was much more conscious of the need to look out for myself and take responsibility for my career. 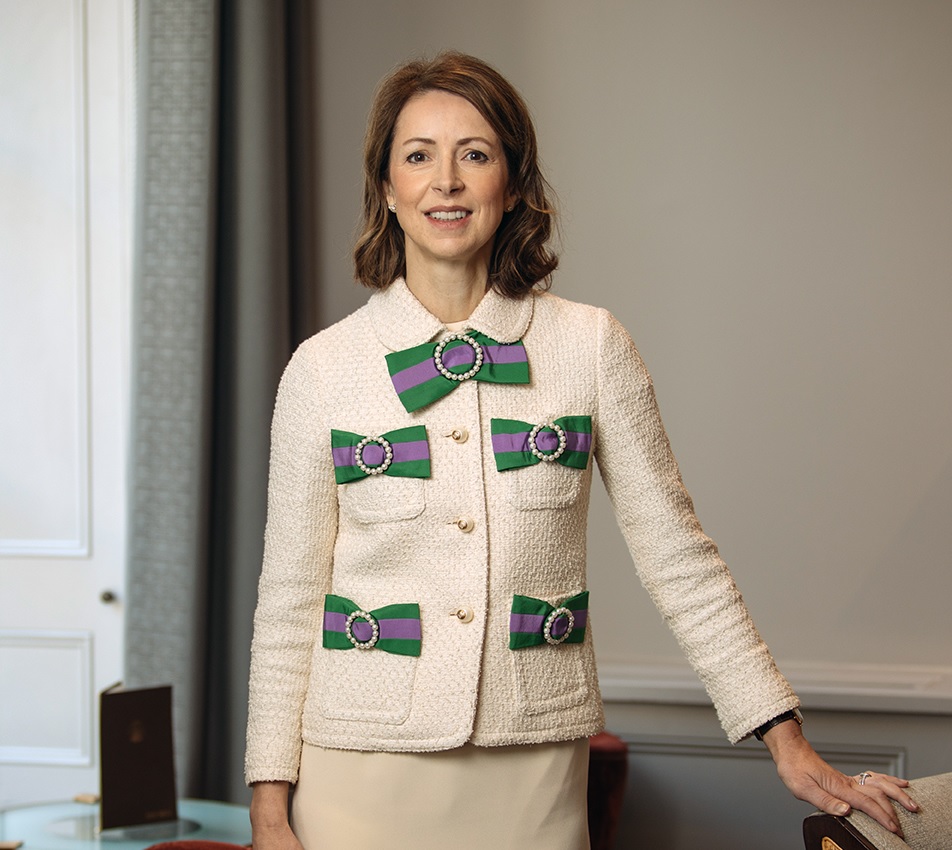 I had built a women’s network and on the face of it at least, it was going places. It was only by comparing notes with others who were doing the same that I realised that there was lots of activity and little to show for it really in terms of numbers. We then had the financial crisis which created an opportunity to approach the problem differently – suddenly it was obvious that having almost exclusively men at the top couldn’t be the best team.

There are now 11 30% clubs around the world. Some women are in cultures similar to our own; for some of the other clubs – there is one in the Gulf Corporation Countries, one in Egypt, Malaysia – there is obviously a very different dynamic around the world of women.

In the UK it has now become much more about a series of measures to try to encourage women to progress. One thing I think is particularly worth mentioning is our cross-company mentoring scheme, which is now in its sixth year and has over 100 organisations, both public and private sector, involved.

With greater gender diversity in banking, do you think we might hope for the end of boom-and-bust cycles, or is that inherent to finance?

I don’t feel as optimistic as I should. Self-critically, I would say I think there was a great sense of urgency after the financial crisis. I think the reality is that in decision-making forums it’s still quite a macho environment and we still haven’t moved on from the need to make short-term profits. What I haven’t seen yet is a second phase when the women who get to the boardroom really feel confident to behave like women, and to bring to the table the things that they care about.

How does that sit alongside the work that other groups are doing, campaigning for other types of diversity in the business world?

If I were going to set it up today, I wouldn’t set up a 30% Club just around women. I chair the Diversity Project, which is trying to achieve more diversity in all dimensions across the investment and savings industry. We don’t want to “fix the women” and then “sort out” ethnicity and socioeconomic diversity. The Diversity Project very overtly is trying to broaden diversity in every dimension. Our greatest breakthrough to date, although there are no victories to celebrate just yet, has been in our #talkaboutblack campaign, which has really captured the imagination. Our LGBT campaign, LGBTGreat, is trying to get 1000 people who are openly out or openly allies of LGBT people in the industry. We have had 300 people who have come forward and said they’re gay, and we think that is a bit of a breakthrough.

In our 150th year at Fitzwilliam, we are focusing too on access and widening participation from all sorts of under-represented groups. With your experience, is there anything that the College could do to encourage applications from a diverse range of backgrounds?

Cambridge obviously has an access programme, and there is in one way a complexity around the number of schemes now. I do think there is something to be said for one really concerted campaign. It’s a very egalitarian college, and my experience was that it didn’t matter what your background was or who you were, you could just thrive on your own merits.

Who are your role models and why?

I love people who are genuine, who are authentic. One is my friend Baroness Mary Goudie. She is completely different to me in so many ways, but she has tremendous get-up-and-go about her, and she never takes no for an answer.

Obviously in my professional career Stewart Newton was a role model because he forged his own path. Finally, I would say Stella McCartney: one looks at what she has done with her company in terms of driving the sustainability agenda, way before it was fashionable. She is one of those people who is generous with her time, absolutely believes in what she is doing, and would sacrifice opportunities for the sake of that.

What advice would you give to your younger self?

Be less afraid of failure. As I got things wrong, I realised that I could pick myself up, and I often then would find a greater strength for the next challenge. Once you are less worried about getting it wrong, you are bolder and more authentic. Truer to yourself, cliché though that may be.