MiMi Aye (Law 1998) takes us on a personal culinary journey from Peperamis, Waffle Wednesday and Dojo at Fitzwilliam, to a Burmese cookbook loved by Nigella Lawson.

My parents came over from Burma 40 years ago to work as NHS doctors, just before I was born and when my older brothers were five and eight. My father and brothers were born in Mandalay (the title of my latest book), my mother, further north in Mogok. We still go to Burma every other year and have done since I was small – it’s my second home. It’s my heritage, it’s the food I grew up eating and knowing, but most importantly it’s where the rest of my family still live.

Funnily enough, my mum’s always been very protective of her kitchen, so the first time I actually did any cooking was in Yangon, aged eight, because my aunt is more laissez-faire – I made her an omelette with lots of tomatoes and coriander. The first time I really cooked for myself though was at Fitz and the College yearbook when I left actually mentions how much I loved cooking.

We had a slave charity auction in my first year – something you probably can’t and shouldn’t do any more – and I was one of the lots. My floor in C Block banded together and won me and then insisted that I cook for them. I made the biggest spaghetti Bolognese to feed about 15 people!

I never really went to the Buttery, as I hadn’t really had the opportunity to cook at home, so this was my time to experiment and muck around. But we always went to Waffle Wednesday, and formal hall was always a massive treat, because you got to dress up and look like Batman in your gowns. At the best formal hall we ever had, they made choux swans stuffed with crème pâtissière – I still dream about them sometimes.

In the first year we only had these terrible camping-style hot plates – there wasn’t an awful lot you could do with them – but in the second year, we lived in Neale House, further up Huntingdon Road, and had a proper kitchen. There was an international food store on Histon Road, the Naz, and it had such an assortment of amazing Asian ingredients. It was basically a mini-mart so you’d get all manner of other things there. One time for Halloween I wanted to dress as Buffy the Vampire Slayer and they happened to have garden stakes!

In terms of restaurants, the ‘classiest’ place we all went to was Café Rouge, though every College birthday seemed to be celebrated at Garfunkels. Our favourite place though was Dojo, the noodle bar, on Mill Lane. It was very intimate and the food was like Wagamama, but good! There was also a strange Cajun restaurant near it called Old Orleans, which was the first and last place I ate crocodile.

My husband, Simon Stirrup, was a NatSci. He lived directly below me in C Block – I was top C and he was bottom C. The reason we became friends was because my mum was convinced I was going to starve. She didn’t believe I could cook, so she gave me care packages all the time. One of the things she gave me was Peperami because you didn’t have to refrigerate it. I don’t actually like Peperami though, so I used to lower it from my window on a rope to my husband and he would take it from me. I would basically feed him! 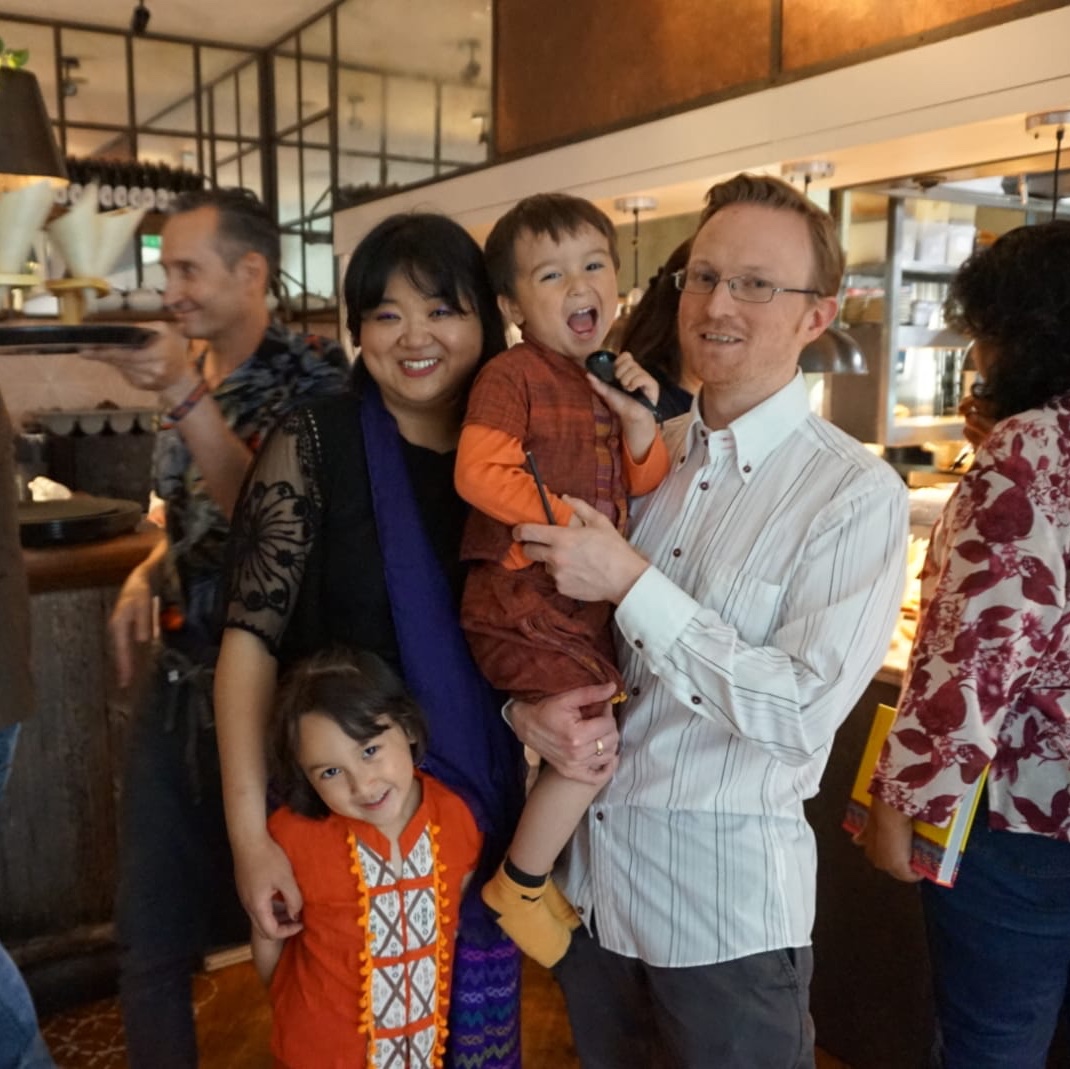 The Blair Witch Project came out when we were at College. We went to see it at a really late showing with a bunch of friends at the Arts Picturehouse. When we came back I was utterly terrified and couldn’t sleep. I asked him if he would stay in my room, on the floor, and guard the door. He laughed at me, but he did it, because he was really sweet. He’d been one of my best friends for quite a long time already and afterwards I decided I could fall for this man – and I did. It’s our 15th wedding anniversary this year. We have two children, aged three and six.

In terms of our other connections to Fitz: my husband’s dad Martin was also a Fitz NatSci – he matriculated in 1969 – and my husband’s brother Oliver (another NatSci) met his wife Truly (an English student) at Fitz. My children have a lot to live up to!

One of the nicest things about my time at Fitz was being able to find like-minded people – I loved singing even more than I loved cooking, so I was delighted to join the Chapel Choir. I was also a quiz geek and I was part of the Fitz team that won the Cambridge Intercollegiate Quiz in 2000 – and the rest of the team went on to appear on University Challenge that year! I was the reserve.

I read Law because I wanted to have a career which was secure – and I liked arguing! It seemed like a natural fit. I was lucky enough to have Nicky Padfield as one of my supervisors – she actually interviewed me – and Richard Hooley was my Director of Studies. Surprisingly but pleasingly, my fellow Lawyers were mostly made up of women – there were seven women and only two men.

Most of us decided to become solicitors and got training contracts with firms in the City of London, although a few became barristers. I ended up at Theodore Goddard near the Barbican, which was primarily an entertainment law firm with clients like David Bowie and Danny Boyle. I was working for the music department, doing all sorts of strange things for glamorous people – I translated a Norwegian bank statement for Tina Turner (I do not speak Norwegian), I spent a day looking for Chris Rea’s will, I renegotiated a licence for Bjork, and I helped arrange visas for Bruce Springsteen’s world tour. I also finally made it on to University Challenge myself as part of the Lawyers team that appeared on the Professionals spin-off. We were beaten by a team of vicars! 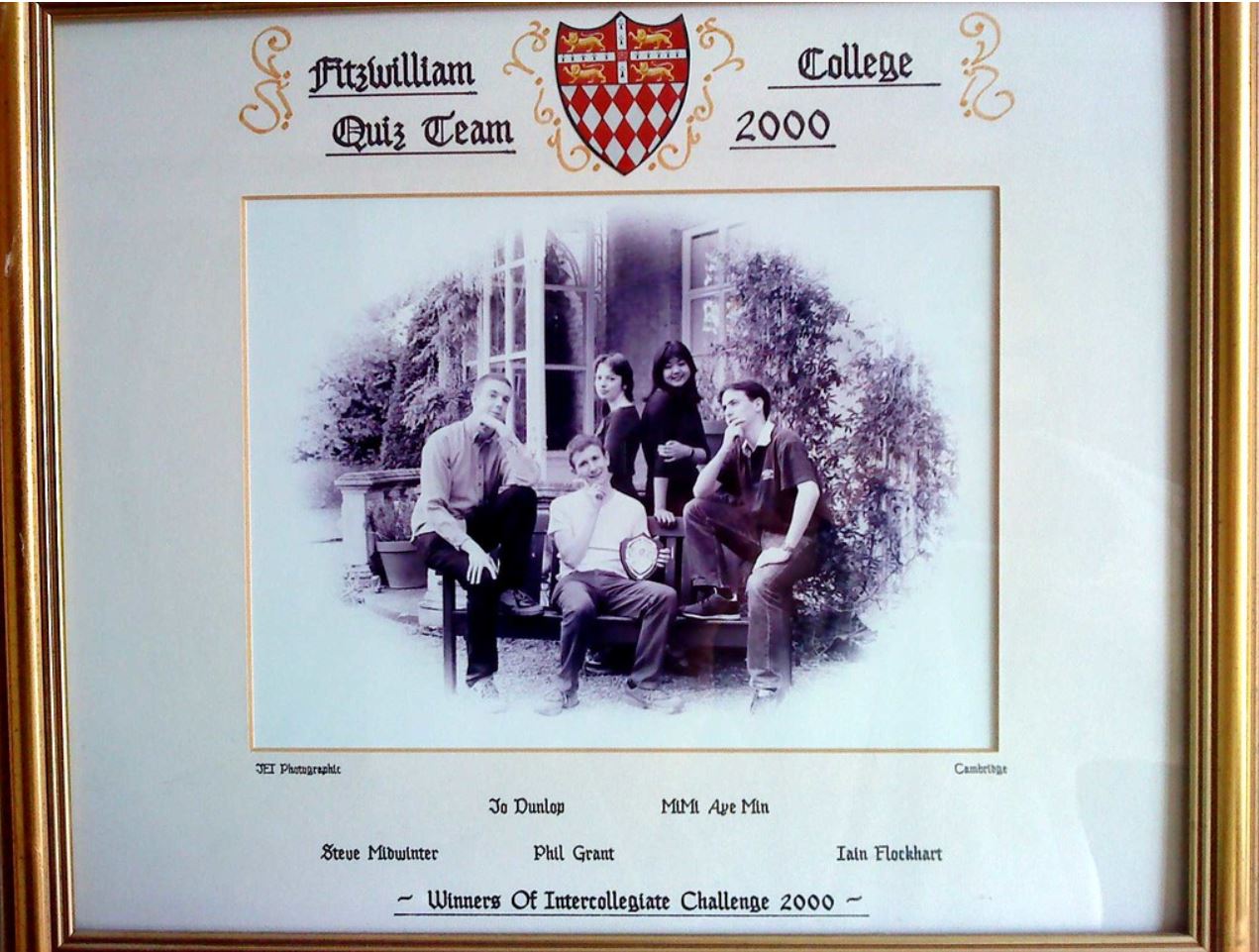 Sadly the firm was taken over by a property firm and only about half the trainees were kept on, so after I qualified as a solicitor, I decided that, as I liked the academic side of the law more than dealing with clients, I would look into going into legal publishing. I worked for LexisNexis for about five years, and after that I moved to the tax division of Bloomberg where I have been ever since.

I used to have a food blog, which I started 10 years ago as a hobby. Via Twitter I was approached by an agent in 2011, who said I wrote beautifully and asked if I had a book inside me and I said, “Maybe a book about Burmese food” as a tribute to my heritage. Then a year later, I was approached by a publisher who had a series featuring books like Stew and Soup, and they wanted to do a book called Noodle. I thought “OK, I’ll do that for you – and I’ll cram in as many Burmese recipes as I can”. Although I still wanted to do a book on Burmese food, I had been repeatedly told that was far too niche, so I decided that this was my best chance to spread the word and Noodle came out in 2014.

But at the end of 2017, my agent called me to say I had been offered a deal by Bloomsbury Absolute to write Mandalay – Recipes and Tales from a Burmese Kitchen. In all honesty, I think it was because Burma, now Myanmar, had finally become ‘trendy’, but I wasn’t going to complain, especially as I’d been writing about Burmese food for nearly a decade by that point. 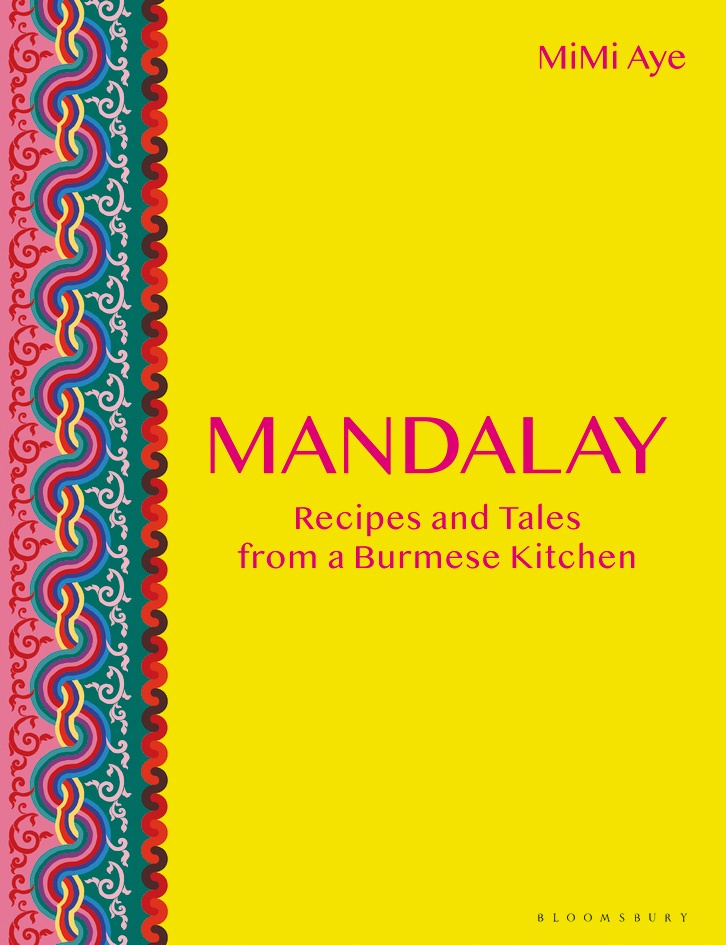 I took a sabbatical from my job at Bloomberg to write the book, and Mandalay was published in June 2019. It’s been pretty well-received – the Financial Times named it as one its Books of the Summer, and I’ve even appeared on BBC Woman’s Hour to cook one of the dishes. Then Nigella Lawson decided she liked Mandalay enough to put it on her website’s Cookbook Corner as her book of the month, along with my recipe for Burmese Fried Chicken. This came as a complete and wonderful surprise to me – to have the domestic goddess herself say, “There is so much to love in MiMi Aye's wonderful Mandalay” is such an incredible thing. The book shot up the Amazon rankings the day she posted about it on Twitter, to her 2.6 million followers!

So Mandalay really is the book that I’ve always wanted to write and proof that sometimes it’s possible to achieve your literary dreams!