From Fitzwilliam to the film industry

Helen Grace (Law 1991) tells us about her experience at Fitzwilliam and a career in film.

What are your recollections of your first experience of Fitz?

Becoming a Fitz undergrad was an exciting time of life, joining the broad mix of bright students from many different backgrounds. It was wonderful getting to know my Fitz contemporaries, sharing our hopes for the coming terms. I felt a strong sense of camaraderie in a supportive and welcoming environment. I also recall vividly my first visit to the beautiful Squire Law Library, and the thrill of exploring its shelves.

Why did you choose Fitz and Law?

Law was an easy choice for me, as I had already studied GCSE and A-Level Law, and enjoyed the subject immensely. I had chosen it with the aim of enjoying the time to be immersed in the fascinating study of many different aspects of law, rather than with an eye on a future legal career. Fitz was also an easy choice for me, as I had the opportunity to visit the College several times prior to my application and had felt at home there. Fitz has an excellent reputation for legal studies, but my main concern was to find a college where I’d feel most comfortable for the next three years. 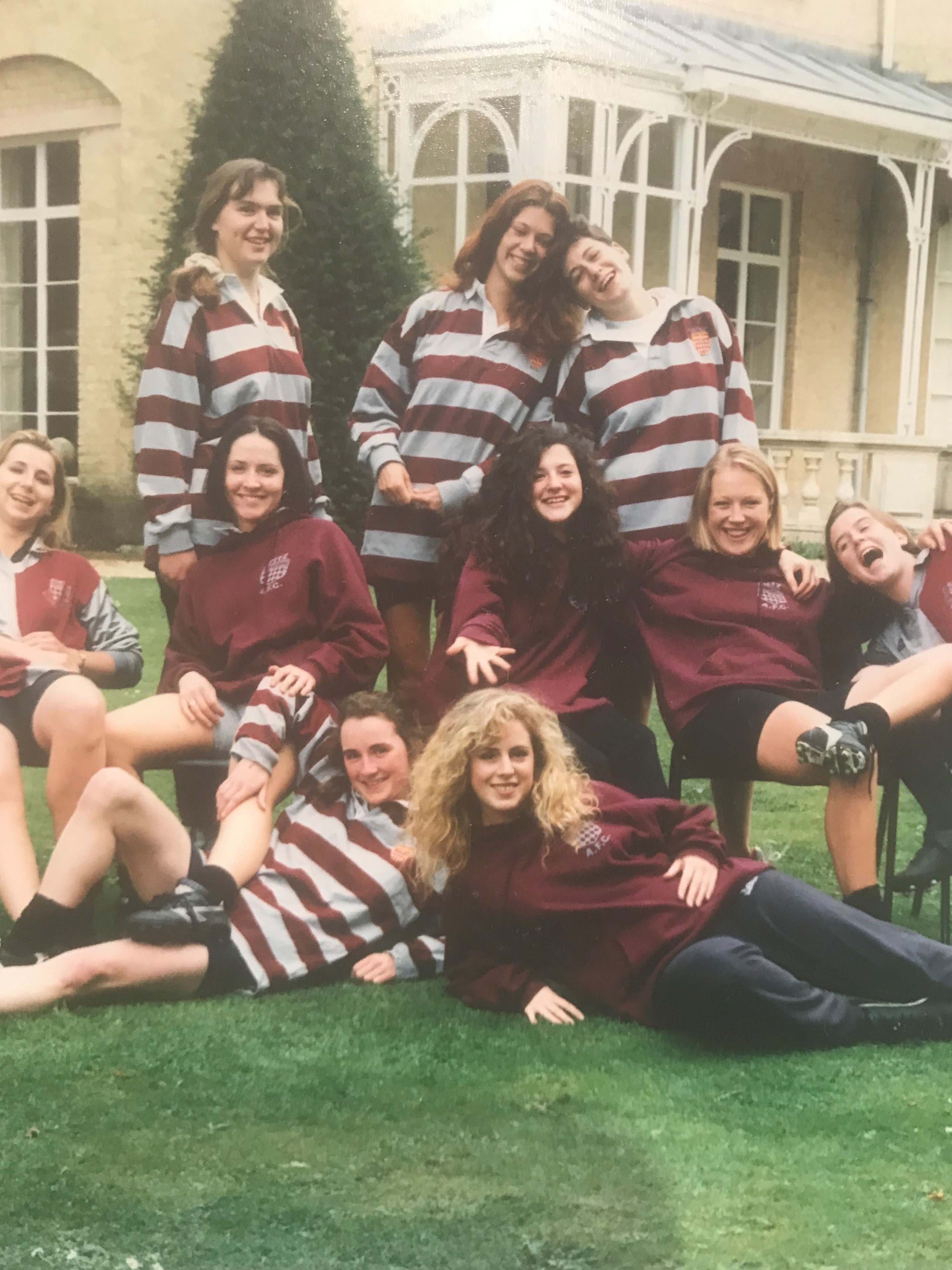 What was your experience of Fitz/Cambridge like? Please tell us about the academic side and any sports and societies you were involved with.

My law lectures and tutorials far exceeded my expectations, as not only was I able to learn from academics at the top of their field, but I was also encouraged to share my ideas and perceptions of the law. I was given access to such a vast amount of legal knowledge, and was able to explore both abstract legal ideas and practical analysis of the law in an inspiring environment.

Cambridge also provides so many opportunities to pursue your non-academic interests, it was a very busy but fulfilling time. Working on the Varsity newspaper and editing the CU Law Magazine gave me my first taste of journalism, while I also found time for ballroom dancing and rowing. 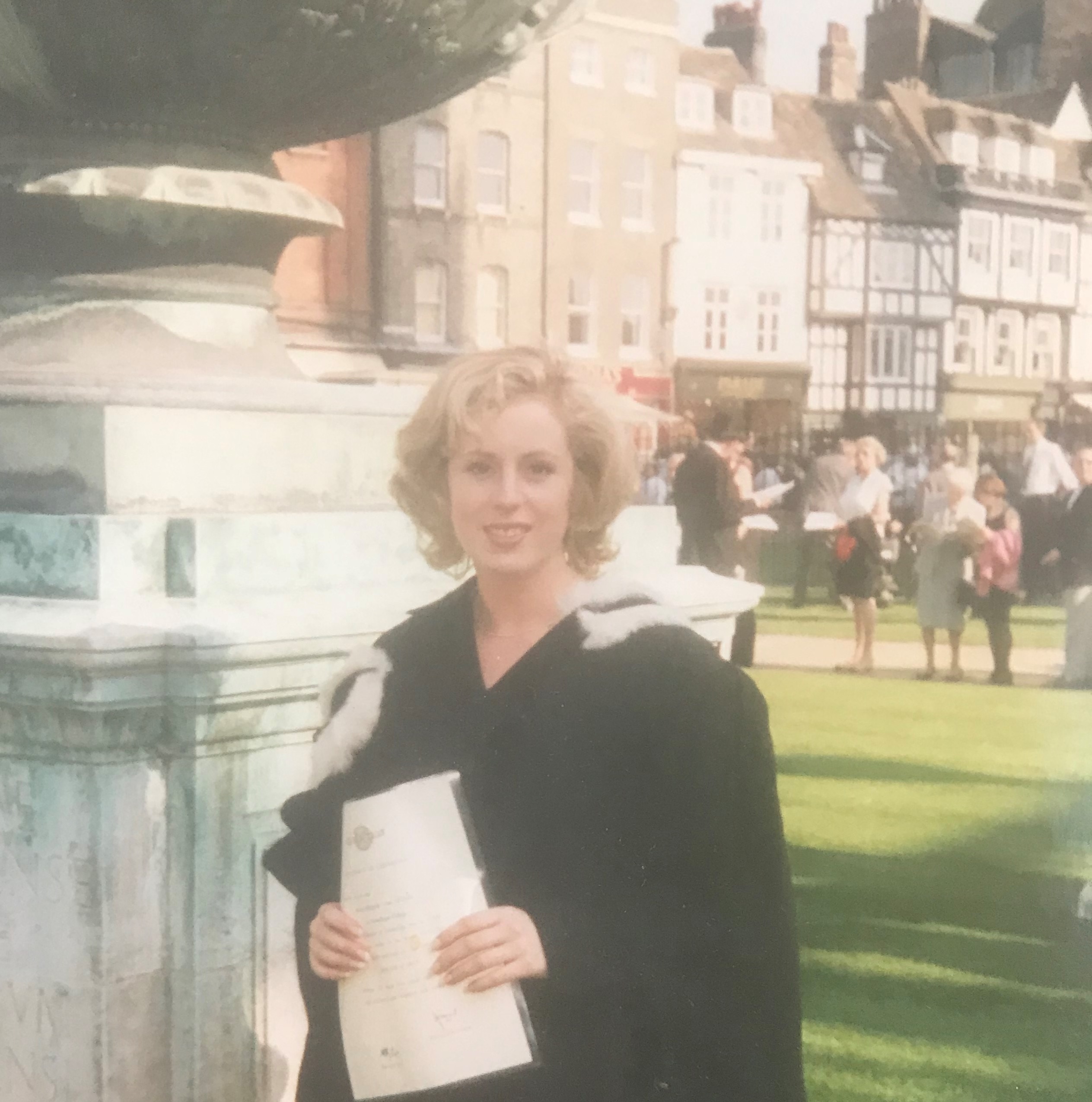 What did you do on leaving Fitz?

I spotted an advert in the CU Careers Service for my first job, which was a Trainee Broadcast Journalist at Anglia TV. I had decided that I did not want to become a solicitor or barrister, but wanted to follow my interest in journalism. After a few years in regional news production, I became a producer at ITN, working on their flagship ITV News at Ten programme. My passion for shooting and editing video and creating audio visual stories then led me to work in other areas, such as independent film-making.

How did you get into the film industry?

After taking several short courses in writing, producing and directing skills, and conjuring up a certain amount of bravado, I found opportunities to pitch for financing, to create films at a time when there was a brisk boost in support for independent film-making. My law degree has been invaluable, as I regularly negotiate contracts and licence intellectual property. I am thrilled that my degree has given me such a solid grounding in law, that supports much of the work I do in the film industry.

Can you tell us about Left Films - what sort of films do you produce?

Left Films is a boutique production and distribution company, that has championed the work of dozens of emerging film-makers over the past decade, through producing, distributing, and marketing their work internationally. We release low budget films with commercial potential theatrically, on DVD and on VOD in the UK, and work with distribution partners and film festivals to find audiences for the films in other countries. I have been fortunate to have worked in a variety of roles on many productions, from working with novelist Irvine Welsh on his directorial debut, to travelling to film festivals around the world, to delivering film contracts to the major Hollywood Studios. At the moment, we’re working on an exciting new concept for online, as the film industry continues to adapt to developing formats.

What advice would you give to anyone looking to get into the film industry?

Don’t give up, keep learning about the industry and the people in it, attend networking events, and look for collaborators and opportunities to pitch your ideas. Get a wide range of skills to increase your chances of working in film, and get a good grounding by working in different roles on other people’s films while also developing your own work.

What advice would you give to your younger self/anyone thinking of applying to Fitz?

Go to Fitz and make the most out of this incredible time of your life. Use it to learn as much as you can academically, but also to learn more about who you are and what is important to you in life. Don’t worry too much about following a set career path, know that a good degree and a collaborative outlook can take you in many different directions in the future.