Helen is both student and a teacher

Helen Price (Education 2010) is a current Fitzwilliam student, as well as Executive Headteacher at Hampton Academies Trust, Peterborough. She shares her experience.

I’ve always been a part-time student here, and that’s a feature of Fitz, with all the criminologists. I first started at Fitz in 2010, enrolling in the Master of Education. That experience has been quite pivotal in terms of my career development. I studied at the Faculty of Education a specific Masters in Educational Leadership. The studies are completely intertwined with my professional development. At the time I was a deputy head teacher in a secondary school and my career trajectory has really taken off following the Masters. I think that’s quite typical of people on the programme, because you’re looking specifically at educational leadership and then putting that into practice. I became a headteacher before I’d finished the course.

Returning to being a student is quite an adjustment. I finished my PGCE at Homerton in 1991, did the job for all those years and then came back to study. You have that vulnerability of your first essay and so on as a mature student. I’ve been the person assessing, so to switch roles and go back and do academic writing – something very different – and learning different things was professionally invigorating. It made me reflect and whet my appetite for further study. I felt I had more I could contribute professionally and in creating my own research to add to the world of education.

I’m doing an EdD (Doctor of Education) – I think I’m the only EdD from Fitz – and the idea is it’s supports practitioners to get a doctorate. I am hoping to submit in March. It’s been really challenging. It’s five years part-time and for the first four years I’ve been able to slot it into school holidays and weekends, or pause it for a few weeks. Probably the most challenging time has been the last year – the change in pace to get it over the line and written up has been really intense! However, being a practising senior leader within schools and a trust has meant I’ve gained entry to institutions and got to talk to people – it would’ve been really difficult for a standard grad student to do that.

My doctorate is looking at all-through schools, a school which has both primary and secondary aged children. There are a small number of them in the state system. Within our trust, one of my schools is an all-through school, but I’ve looked at other all-through schools in my research. It’s a relatively new innovation and I may be asking a question nobody’s asked before. Coming towards the end, I’ve found how schools are configured is perhaps less important than how professionals work together. The learnings from the research are around the transition from primary to secondary and how those two groups of professionals work together.

One of the challenges is that all-through schools are less preferentially funded than other schools, because a certain amount of funding is per institution. However, something I’m hoping will come out of it is a connection with fellow school leaders and the potential to bring that forward as a point of activism to campaign for a fair deal for school funding, particularly for all-through schools. I’m hoping there will be a real legacy from the research. 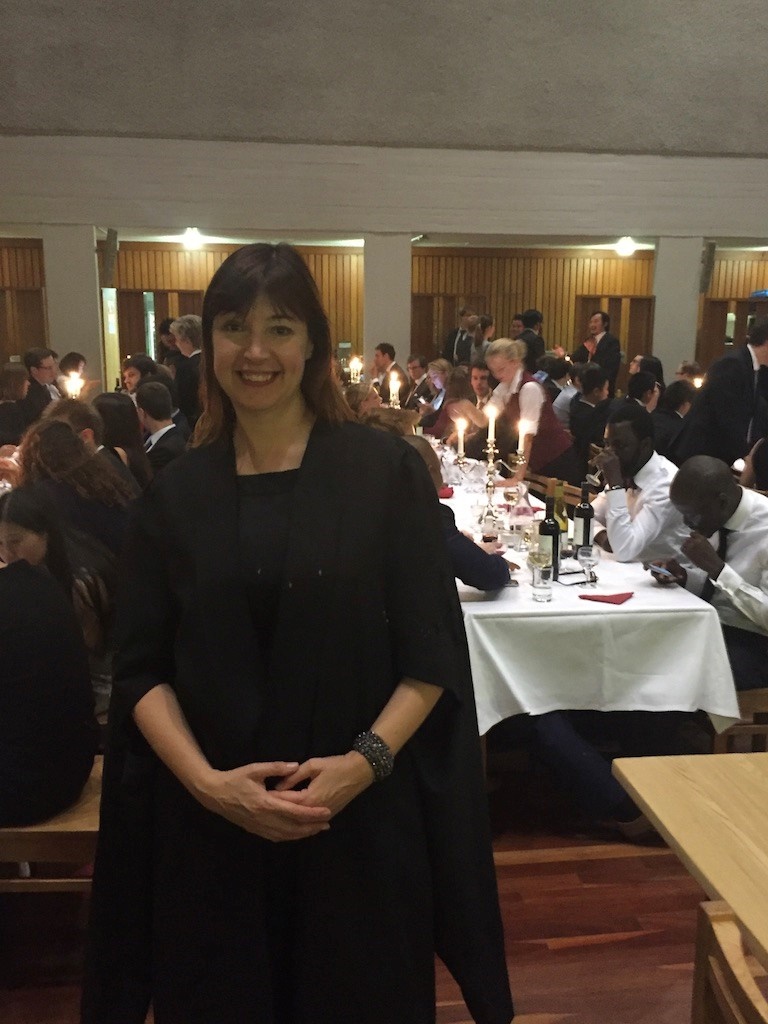 I attended the Access and Widening Participation Conference at Fitzwilliam in September because it is something I’m really passionate about. As a grad student in Cambridge and a school leader in Peterborough, which is a higher education cold spot, I’ve got a dual perspective. We have worked hard to support our Oxbridge applicants, but with limited success in recent years. However, we’ve had five students interviewed this week, so we’ve got everything crossed we’re going to turn that around. I think the work Fitzwilliam’s doing is really excellent and I thought the day was an important contribution – there was really honest dialogue, and I think that’s very important. What’s rightly being recognised is widening participation is not about any deficit of ability. It’s about recognising the inequality of opportunity that some people have. Our sixth form has an outreach link with Jesus College, which has been invaluable. Whilst pupils involved might not get into Cambridge, they’ll usually go to a Russell Group destination, so it’s really helped with raising aspirations.

I do think there should be more work done in terms of contextual offers, which wasn’t met with universal agreement at the conference. My reasoning is that some young people are so incredibly disadvantaged that to expect certain results is not recognising their starting point. For example, there are pupils from a refugee background whose trajectory is remarkable, and a more holistic view would benefit such pupils.

I’m also benefiting from some collaboration arising from the conference, as Sonia Ilie, who presented in one of the sessions, is going to look at one of my draft chapters ahead of submission.