I had a contract to write three books while at Fitz

Catherine Banner (English 2008) is an author and published her first novel while at Fitzwilliam. She also encourages others to write stories.

When I left school I didn’t really want to go to university, and then at the last minute I changed my mind and decided to apply. I had about three days left to do an application. Even though I grew up in Cambridge, I didn’t actually know the colleges very well! I had somehow missed having Fitz on my radar and it looked really friendly and down-to-earth, and it had a high number of state school applicants. It worked out really well!

What were your first impressions of Fitz?

I think it must have been in the spring because I remember being overwhelmed by how green and peaceful it was inside. The gardens were really beautiful and it had this good atmosphere about it.

Why did you choose to study English?

When I came to Fitz I was already writing young adult books professionally, and I was really conscious of all the reading that I hadn’t done because I had begun writing young. I just had this strong wish to understand how books worked, how a good story was constructed and what you could achieve with writing. It was quite vocational for me. But then there are a lot of aspects to studying English that I didn’t know I would be doing ahead of time, and then I turned out to love. Studying medieval literature was actually great!

I know you are supposed not to do more than eight hours of work per week, but Fitz was really supportive of my writing. All of the English Fellows really fought my corner about being able to study while also writing because I had a contract for three young adult books: I had written one, which was published the summer before I came to Fitzwilliam, and I had to finish two more. 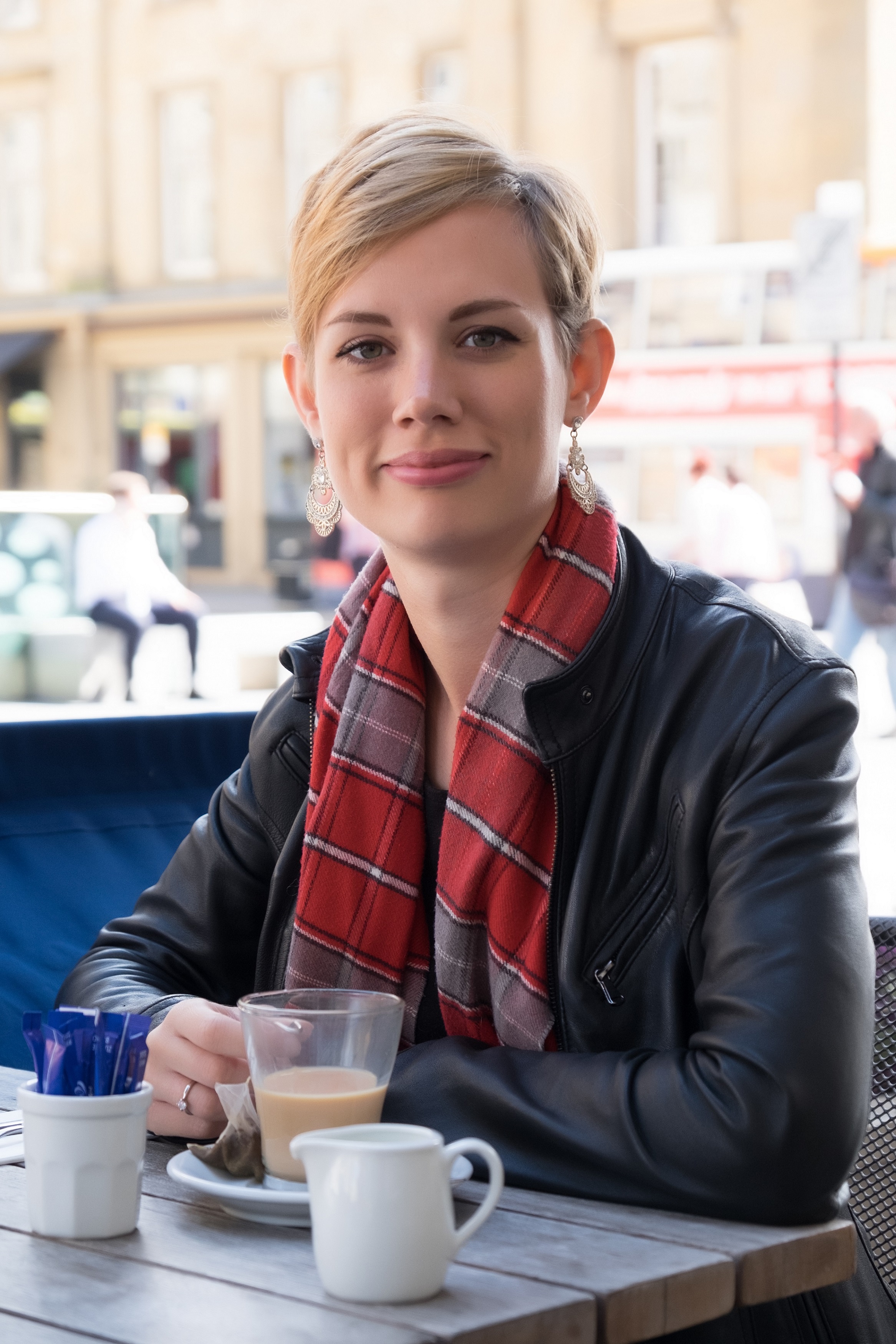 What was your first job after leaving Fitz, or did you go to write full-time?

I was working as a literary intervention teacher in a school in the north east of England right after leaving. I had this idea in the back of my mind for a different book, and in the end I saved up some money and took a year away from teaching to see how far I could get with this writing project. It was completely different in style, genre, and approach from my young adult books, and even in voice because I was so much older. It was a quite a big risk to take. When it was accepted by a publisher afterwards, it was a moment of relief. I am working on my next book now, which is almost finished, and I have done that full-time.

You are now involved with VOICE, a not-for-profit project aiming to provide a platform for humanitarian workers to tell their own stories in their own words. What does that work involve?

The aim of the project is challenging existing narratives around development and humanitarian work. We talk to people who are working in their communities every day for change, whether it is humanitarian, social or healthcare work. Some of our writers are not professional writers, and my role is to speak to them, write emails with them if internet is a problem, and read their drafts as they go through them. I am alongside them and ask them the questions a reader might ask, or give them help with any writing difficulties. I support them so that they can figure out themselves what they want to share in the two- to 10-page story that they write about their work and their experience.

Hopefully, we are going to bring out a self-published book, to enable us to have a low price for the book and make it as accessible as possible, and see where it goes from there.

You said you are finishing your second book at the moment. What’s the plan?

Hopefully now I’ll take a break and then I’ll have to decide what I want to work on next. I tend to not know exactly which ideas are going to be the good ones until I have finished with what comes before, so a bit of time off and a bit of reading and thinking about what the next project will be.

Who are your role models and why?

Women writers who managed to tell women’s stories. A lot of times women writers have been doing that for years without much fanfare, and are also quite politically engaged. Anne Tyler is a big role model of mine for the way that she has been writing for decades, and is still writing interesting stories about the lives of women. And Isabel Allende, who is very politically engaged as well.

I decided to become part of the PEN International Writers Circle, which is a group of writers who commit to support the work of PEN International, an organisation which supports imprisoned writers and endangered writers. It works on freedom of speech and I think that kind of bravery, to do the job that in the past I have perhaps taken for granted, is something that I really admire.

What advice would you give your younger self?