Clare Roberts-Garzaniti (Natural Sciences 1988) says 'There is something quite special about Fitz' as she tells of her time here.

What was your first impression of Fitzwilliam?

I visited Fitzwilliam in my lower sixth as part of a school study trip. At the time I was very interested in physics, in particular astronomy. I remember meeting Guy Pooley, the physics director of studies, who helped show us around. I remember being absolutely fascinated, totally wowed, because he was also passionate about astro physics and astronomy. My school teachers were brilliant and encouraged me to delve deeper into my specific interests. So I found myself chatting to Dr Pooley about building telescopes and neutron stars. He was working on a huge radio telescope. It was great to be able to connect with someone passionate about astronomy. It made me think ‘gosh I’ve got to come to Cambridge, because they’re like-minded people and it would be a great place to study’. After I came up, I distinctly remember my first formal hall at Fitzwilliam where I met my friends who are still my best friends today. They mixed up the subjects and I was on a table with Katie, a student studying Japanese, Alan, a mathmo, and Nick, a medic. I remember thinking ‘this is really special – I’ve come to study Natural Sciences, which is fairly specialised, but I’m going to learn so much from people who have wildly different views of the world’. It was fascinating sitting with these students who were passionate about their weird and wacky subjects and from very different backgrounds. 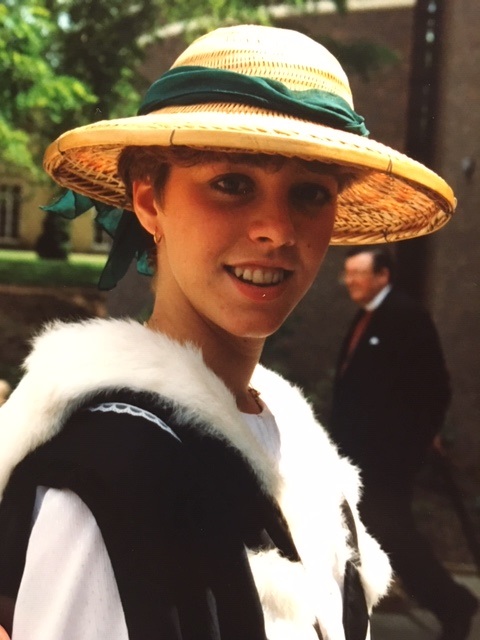 Describe your overall experience of Fitzwilliam.

I really liked the contrast between the brutalist buildings, which looked kind of cold, and the warmth of the community. I don’t know whether it’s the Fitz admissions process or what, but they seem to have the knack of spotting star quality in students, but also students that are going to make the extra effort to create strong friendships and make the community work. My top of F neighbour, Karenza, was always ready with tea and biscuits after a hard day at the lab. And my best friend Katie’s room was always alive with cool music and the enticing smell of freshly toasted hummus pita. I instantly sensed that there was a camaraderie among the students, an openness, a willingness to accept people from different backgrounds and interests. There is something quite special about Fitz. Maybe the fact it is a college which has modest and humble beginnings, so there’s no pretension about the place, and it probably attracts unpretentious people. I certainly appreciated being part of that community and I felt we all fitted in pretty well. I am so grateful for the enduring friendships that I made whilst there, through music playing the horn, or through sport - I was lucky enough to get a Blue playing squash. Then there was the course - Natural Sciences - a huge brick of a Tripos. But my supervisors were excellent and got the absolute best out of me. I sensed they were genuinely chuffed when I did well. I still have the occasional Tripos anxiety dream years on. I love returning to the College and enjoy the memories that come springing back to life again each time I set foot into the grounds. I met my husband Laurent (Tit Hall) while at Fitz and we got married there a few years afterwards. It will forever hold an extremely cherished place in my heart. 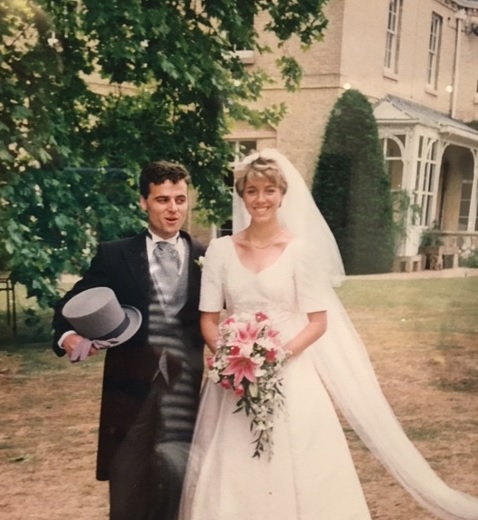 Having got my degree in Natural Sciences - and I specialised in cellular and genetic pathology - I decided I wanted to obtain a broader view of life and the universe. I’d spent three years inside a tumour suppressor cell - I wanted to get a more macro perspective and totally branch out. I ventured off to Columbia University in New York. I’d always had my eye on the American universities as possible follow-up had I pursued scientific research, so I stuck with the US idea but changed field. I did a Masters in International Affairs and then specialised in European defence and security back in Brussels, which is actually where I grew up. Then it was a question of finding what sort of career niche area combined pathology with international affairs and I wound up in the European institutions and then at NATO. I find my scientific training gives me a good dose of academic rigour which lends itself very well to the world of international diplomacy, where an analytical mind helps to grapple with today’s challenging geopolitical situations. I have found that a mix of academic backgrounds from Cambridge, from Columbia, from Brussels, has been a very good toolkit for life in an international environment. That good grounding at Fitzwilliam was the secure base from where it all started.

What more can we do to widen participation and access at Fitzwilliam?

Speaking specifically for women and science, maybe start targeting female candidates just prior to GCSEs because once GCSE choices are locked in, it tends to orient A-Level choices. There’s no harm in reaching out, even before the 14, 15-year-old timeframe where a lot of the major choices are happening. Potential female science talent is possibly being diverted elsewhere. For example, I could’ve gone either way, along the science channel, but also French and English. I was fortunate to have very supportive science and maths teachers who encouraged me all the way. With Brexit looming it is still important that Cambridge redoubles its efforts to continue to encourage applications from the European Union. I noticed that these dropped off significantly since 2017 and it would be a mighty shame if that clutch of talented candidates were to be dissuaded.

Advice to younger self?

Life presents a finite number of opportunities, the point is to create as many as possible or bump into them and seize them when they come.