Sarah Winckless MBE (NatSci Physical 1993) won a bronze medal in the double sculls at the Athens 2004 Olympics, with Elise Laverick, and won world titles in the women’s quad in 2005 and 2006.

I remember coming into Cambridge for my interview on the train, just so excited to think I might be part of it. My Dad (Bob Winckless NatSci Physical 1966) was a Fitz student and it felt like somewhere I could have a connection to, so I chose Fitz to come and look at.

What was your first impression of Fitz upon arriving? Had you been to the College before?

I hadn’t been and it was a real adventure. My first impression was obviously a long time ago, and it was ‘have I gone in the right direction?’ because it felt a long way out of the centre! But equally I loved it when I walked through the Porters’ Lodge and came into the gardens. I thought it was somewhere I really liked: people were friendly, open to meeting you and having conversations with you. I loved it.

Why did you choose to study Natural Sciences in particular?

I really loved science, and actually biological sciences, but I had been given a bit of advice at 16 that if I could do physics and maths they were ‘easier As’. So I took that path, and Natural Sciences was a brilliant way for me to keep my maths and physics going, but also to sneak back towards the biological sciences. I managed to do these as part of my degree with no biology A Level, so I set myself a bit of a challenge! It meant I had to listen very carefully because I knew nothing, but I loved it, and the variety. Natural Sciences was phenomenal, but then I did actually change to Land Economy. I dithered an awful lot in my degree!

Did you immediately become a full-time athlete when you graduated?

I was lucky enough to be able to get a small College grant to help me with my education and I realised when September came around after graduation that no grant could appear! I went and worked for a marketing company that was run by a rower, just for a year or two to see how far I could get rowing.
It worked out! I did stay with that marketing company until I retired from rowing in 2009. I did this while rowing – sometimes I had too many blisters to type!

Was Lottery Funding always equal for men and women?

In 1996 Matthew (Pinsent) and Steve (Redgrave) had got their gold medal, the only gold medal that anyone had won at the Olympic Games in Atlanta (for Great Britain). We were 36th in the medal table, and that result gave British Rowing money. We were able to have women as full-time athletes. There was no national training centre that could allow women through the door at the time, so Longridge (in Marlow) became our base and it was incredibly shoestring, but so much better than it had been for the generation before us.

Thinking about participation in rowing from another angle, in our 150th year at Fitz, we are thinking about access. How do you think diversity could be fostered among the young people who take up rowing?

It’s a real challenge that the sport hasn’t yet cracked. One of the things I am really happy about is that we are beginning to use the rowing machine - British Rowing has started to realised that you don’t have to be on the water to be a rower, and it is a great way to get people involved. However, I would love to see more and more people out on the water. There is a great case study now, Fulham Reach rowing club in Hammersmith. It is in a very nice new housing complex, but it’s completely open. It is in a very diverse area of London, and it has won a few awards.

You do a lot of charitable work alongside your sports management now. Do you want to talk a bit about that and the importance of philanthropy?

I have such a privilege. Sadly I have the gene for Huntington’s, which I discovered while I was at Fitz and didn’t really talk about publicly and openly until 2004. It has allowed me to become involved with Huntington’s charities, and I am also a patron of Boing which is an activity charity. I genuinely love the fact that we can help people’s lives become better; philanthropy gives me a huge amount. 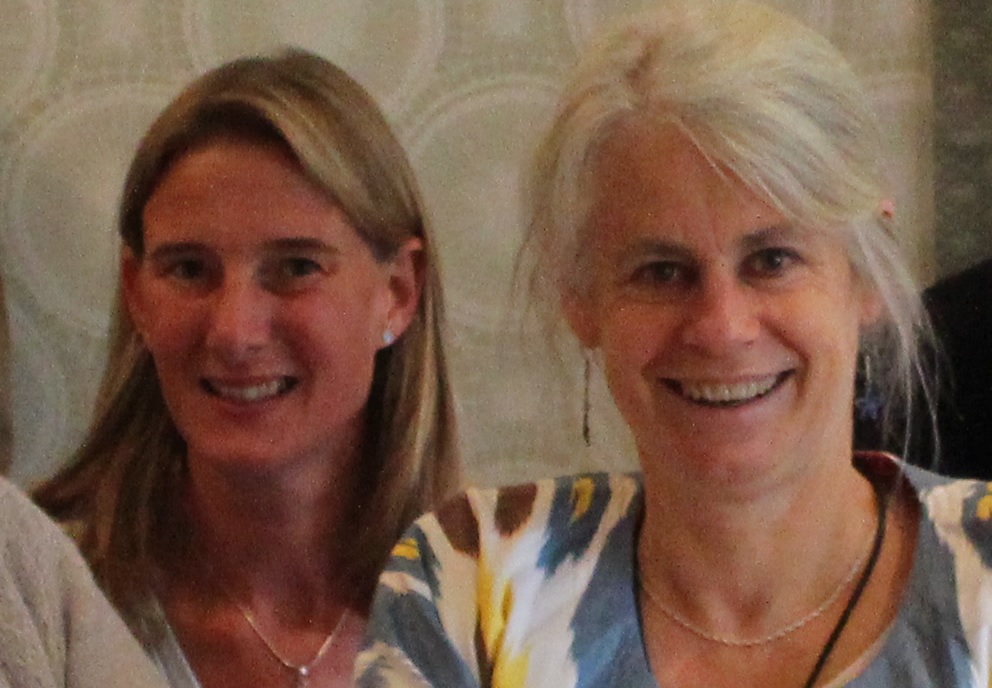 Do you have any role models?

Thousands! I always talk about the women I have walked alongside, like MC Crossman. She and I were on the same corridor at Fitz. She ended up being a cox of a Blue boat and she is a hand surgeon now. Then Katherine Grainger, who is a teammate and one of my best friends, who is extraordinary and brave and thoughtful and kind.

I think Nicky Padfield should be there. She was part of my decision-making on whether to change to Law or Land Economy, and offered me some great advice. When more recently I did my Chef de Mission role at Team England (at the 2018 Commonwealth Games), it was an amazing thing to do and I learnt a huge amount, but I found it incredibly hard. It was the first time I had stepped up to the role, and Nicky just said, ‘Sarah, it’s the first time you’ve done it, what did you expect?’ ‘OK, good point Nicky, thank you very much!’ I think we’re incredibly lucky at Fitz.

Any advice you would give to your younger self?
Follow your passion, be prepared to take advice from those around you, and learn. Learn every day, because it’s a marathon not a sprint!