'Most of the women in 1979 were quite strong willed'

Liz Makin (Economics 1979) was in the first intake of women at Fitzwilliam. She had some similar and some very different experiences to her daughter, Ellie Davies (Engineering 2010).

What are your first recollections of Fitzwilliam?

I went to a comprehensive school, Danum School in Doncaster, and I don’t think many pupils from there went to Cambridge University. A teacher suggested applying to Fitz because it was the first year that they were admitting girls and he didn’t think many other girls would apply.

When I arrived at Fitz in 1979 there were about 400 men and 30 women. Most of the women who came up that year were quite strong willed and able to stand up for themselves. I think that was part of the selection criteria! As the first year of women in College, we did get a lot of attention. The men stared at us, heckled us or tried to chat us up. We were never short of party invites or men to mend our bike punctures – we used to stand in the bike sheds, look helpless and someone would appear!

We were in all-women corridors on the first or second floors. They didn’t put us on the ground floor, I think because the gates were always locked at night, at about 11 o’clock, and I remember students coming through the ground floor rooms to get back into the College.

We set up women’s sports teams, and some mixed teams, and the sporty women, like me, played all the different sports, because there were so few of us e.g. hockey, netball, squash, tennis, anything going.

People think it must have been difficult being in the first intake of women, but we didn’t know any different. At Cambridge at that time, there were a high percentage of men and the only girls were in the girls’ colleges and some men’s colleges that had recently admitted women, so it was normal to be in the minority. I really enjoyed my time at Fitz and made great friends there, both men and women, who are still friends today.

What has your career path been?

I was the only girl doing Economics at Fitz and there were very few women doing Economics at Cambridge. After leaving Fitz, I went into accountancy working for Price Waterhouse in London. After qualifying as a chartered accountant, I joined Thomas Cook, as the role offered a lot of travel and I’ve always enjoyed travelling. I worked there for 16 years, moving out of accountancy into general management, and was the Deputy Managing Director of the scheduled tour operating division, a high growth business which offered holidays worldwide. There were very few women in senior management throughout my career. Since 2002, I’ve run my own business, providing business coaching, mentoring and stress management to business owners, directors, managers and professionals and, more recently, creating and selling online business and stress management courses.

How did your daughter, Ellie Davies, come to being at Fitzwilliam?

I received information about an open day at Fitz when Ellie was in the sixth form at school and thinking about applying to Cambridge and we went along together. I had been to Fitz for reunions and alumni events and also visit Cambridge regularly as we are only an hour away. Ellie enjoyed the open day and decided to apply. When she got into Fitz she never really told anyone that her Dad and I had been to Fitz and we didn’t say anything either. 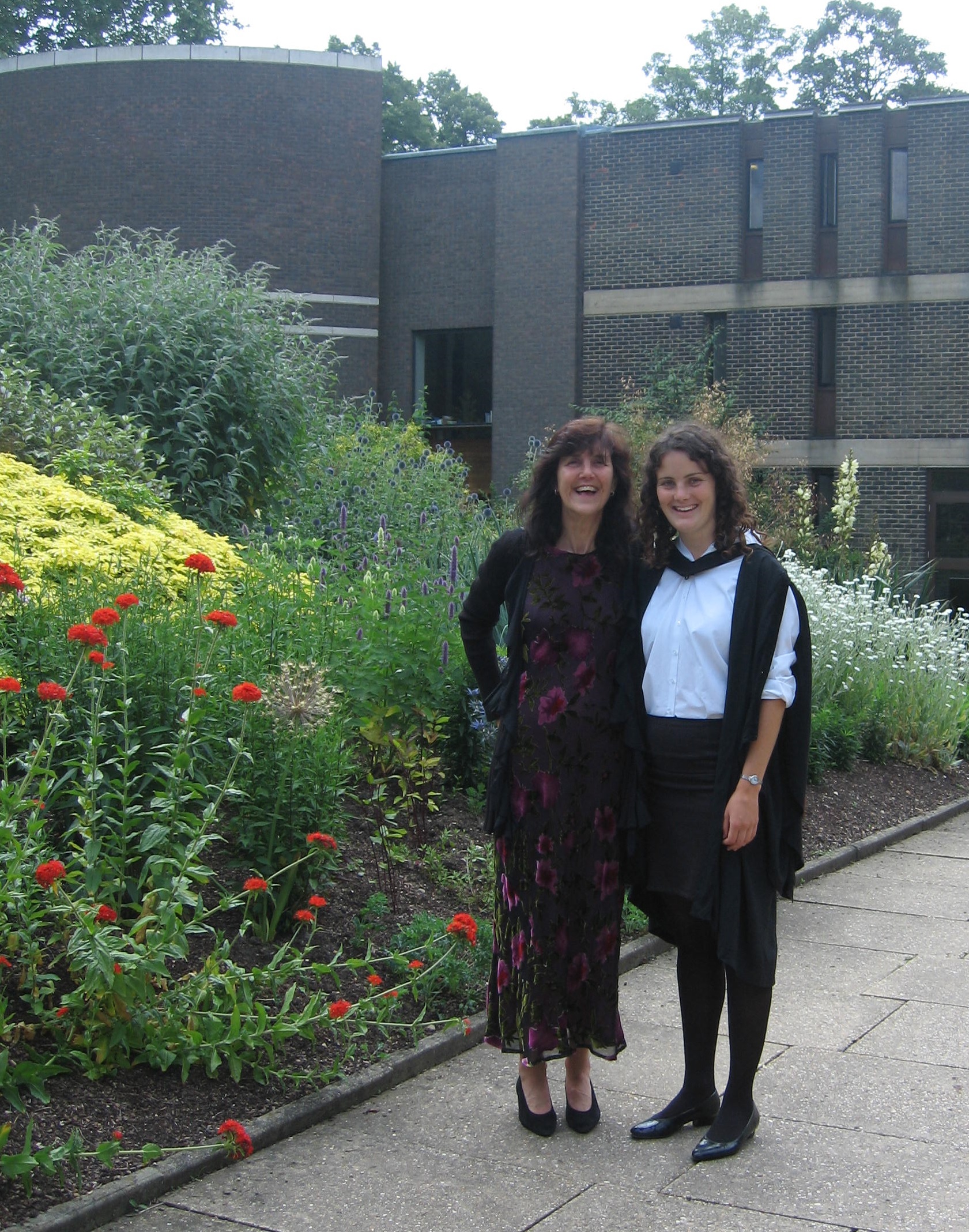 What were the similarities and differences between your times at Fitzwilliam?

Ellie’s room seemed to be furnished exactly as my room had been all those years ago! The staircase letters had, however, changed. I lived in A staircase, near where the Chapel is today, which I think now is P.

Also, we used to get confused about which was the back and front of College. The front was Huntingdon Road for me, because that’s where the Porters’ Lodge was when I was there, whereas the front for Ellie was Storey’s Way where the new Porters’ Lodge is. This made meeting up interesting to say the least!

The College was so much bigger and more inviting when Ellie went than when I was there. In 1979 there were just the original College buildings and staircases near Huntingdon Road, with The Grove privately owned and fenced off. By the time Ellie went to Fitz the College had expanded dramatically with the addition of the Chapel, Library, Auditorium and all the new staircases and The Grove was integrated into College. The gardens were also beautifully planted and landscaped, rather than just the grass lawns we had. It was all very different.

Also, when Ellie went, everybody lived in College all the time or in College houses whereas we lived for only one year in College and then in digs with local families. That was a bit of a challenge for the girls, because the landladies weren’t keen on us and as a result some of us ended up living in Robinson College, which was just opening in our second year.

The other major difference was when I went to Fitz there were no mobile phones, computers, internet or social media, unlike when Ellie went. We used to queue up to use the phone box in College to call home and I remember writing letters to my parents and having to borrow books and papers from the libraries to be able to complete our essays.

The Master of Fitz when Ellie went was Robert Lethbridge who had been my personal tutor when I was there, quite a coincidence. We had played a squash match for the opening of the squash courts in 1981. It’s funny as Robert recalls he won and I recall I won!!