In celebration of 40 years since the first female students matriculated at Fitzwilliam, we have interviewed a wide range of Fitz alumna and prominent women in the College. Where better to start than with Professor Nicola Padfield QC? Not only is Nicky Fitzwilliam’s first female Master – and the first lawyer to hold the position – but she is an influential teacher, role model and confidante of students, Fellows and staff. Here Nicky talks about her experience at Fitzwilliam, which goes back beyond 40 years.

Nicky is not a Fitzwilliam alumna – her alma mater was St Anne’s, Oxford – but the College is part of many facets of her distinguished academic and professional career, and personal life. 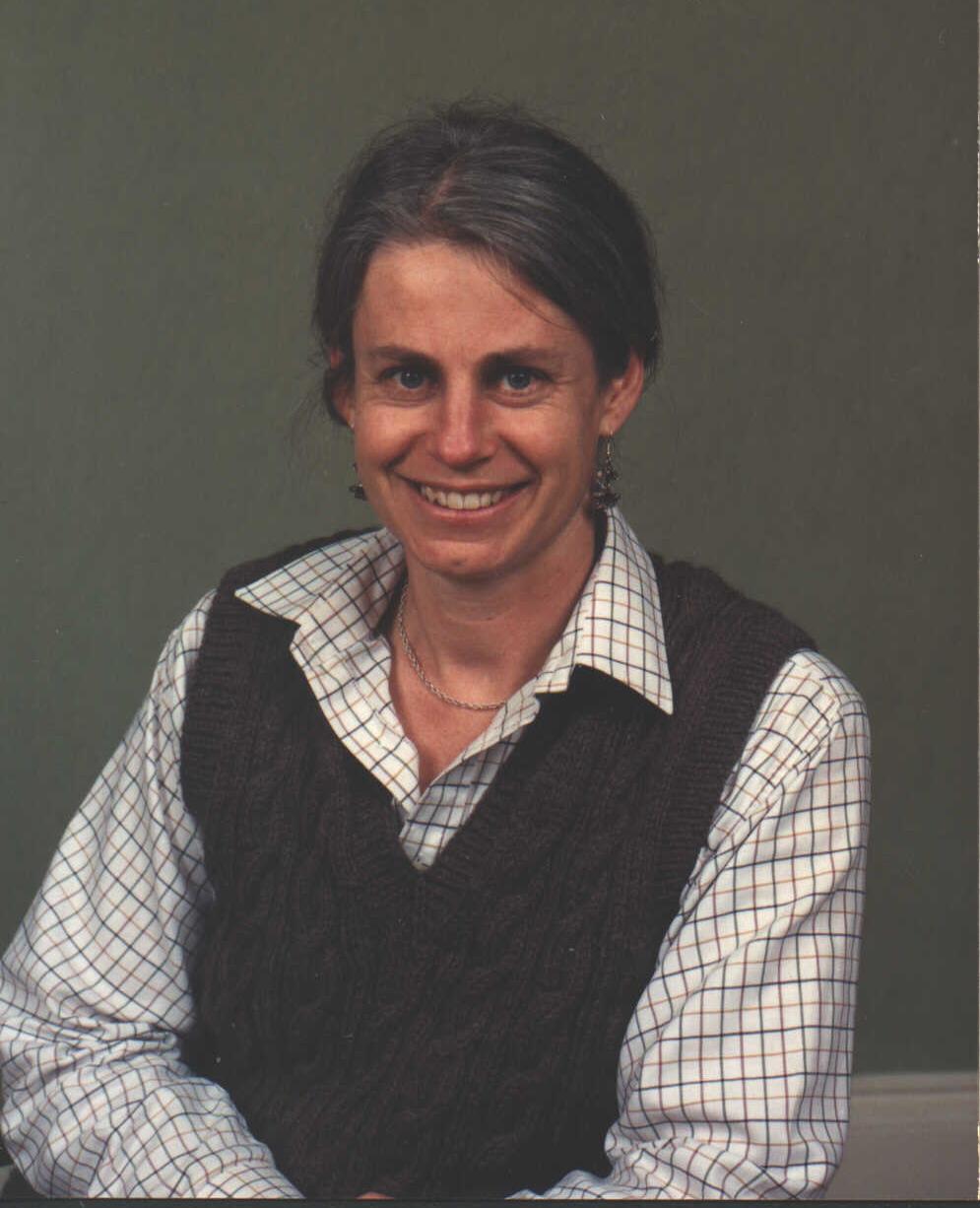 She first met husband Christopher, a Fitzwilliam alumnus, in 1976 and 43 years on he will be by her side when she steps down after six years as Fitzwilliam Master on 30 September, with Baroness Sally Morgan succeeding her.

She has overseen Fitzwilliam’s 150th anniversary celebrations and there is another significant milestone to mark in 2019 – 40 years since the first women became College members.

Nicky feels there was an opportunity missed when Fitzwilliam moved to its current site off Huntingdon Road in 1963. It was another 16 years before the first women members and so the 40-year landmark is greeted with mixed emotions.

She added: “Of course it’s fantastic and we should celebrate that Fitzwilliam has had women for 40 years. But it’s also deeply sad, perhaps shameful, that we haven’t had women for more than 40 years.

“Personally – and I don’t really know the details of the history – I think the College missed an opportunity when it became a full college not to be mixed at that point.

“Maybe there were pressures because Fitzwilliam was for boys and New Hall (now Murray Edwards) next door was for girls. But, hey, it would’ve been exciting if we’d been mixed then.

“That’s my only reservation in celebrating – 40 years isn’t very long. Celebrating the contribution that women have made since then is, of course, fabulous.” 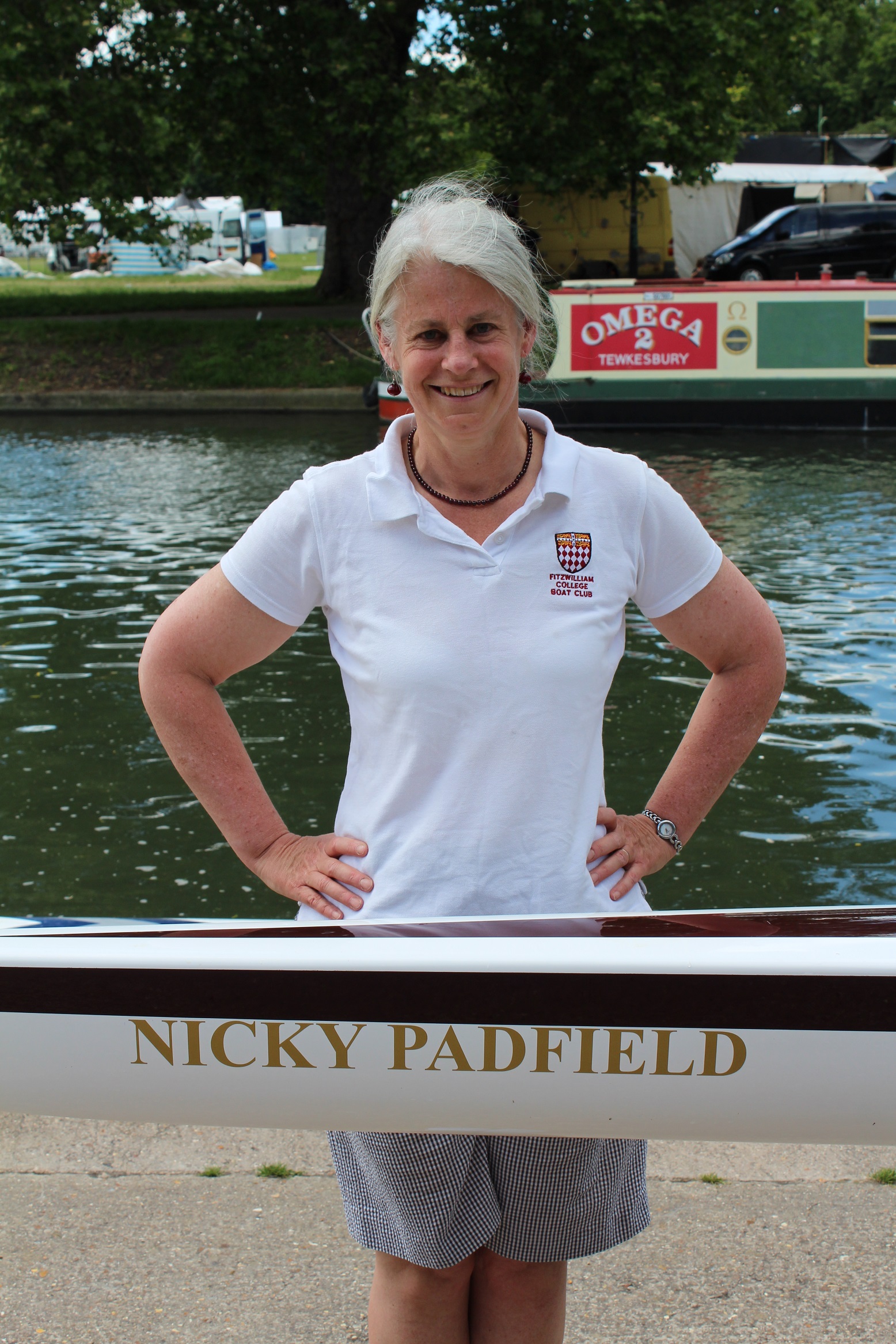 Those contributions vary widely and in public prominence, but Nicky’s influence should not be underestimated. A number of the alumna interviewed for this project cited Nicky as among their role models.

Following that introduction through Christopher, Nicky applied for a job at the College in 1991.

Prior to that, she had been working in the University of Cambridge’s Development Office, while teaching at Newnham on the side. It was the teaching which she wanted to do more of, but Nicky still made an impact in alumni relations, founding the Alumni Weekend and launching Cam Magazine.

“I was particularly grateful to Robert Lethbridge, as senior tutor, for taking the risk on somebody with a patchy CV,” she added, referring to a nomadic prior 10 years which included a stint in Nepal, and three children.

“Fitzwilliam gave me the opportunity to develop a career which has worked for me in a fantastic way. Lots of teaching, lots of pastoral work – I was a tutor for many years – but I’ve also been able to go out and do what, to me, has been really, really interesting work.

“Within the Law faculty one is also slightly fortunate that they are used to people having portfolio lives – they go back into practice, back into academia – and from my point of view it’s been a huge, huge privilege to teach, research, do it in practice.

“I’m still just as worried by criminal justice issues as ever I was. I’ve got a lecture I quite enjoy giving which contrasts Fitzwilliam College to a prison. They’ve been interesting worlds to compare!” 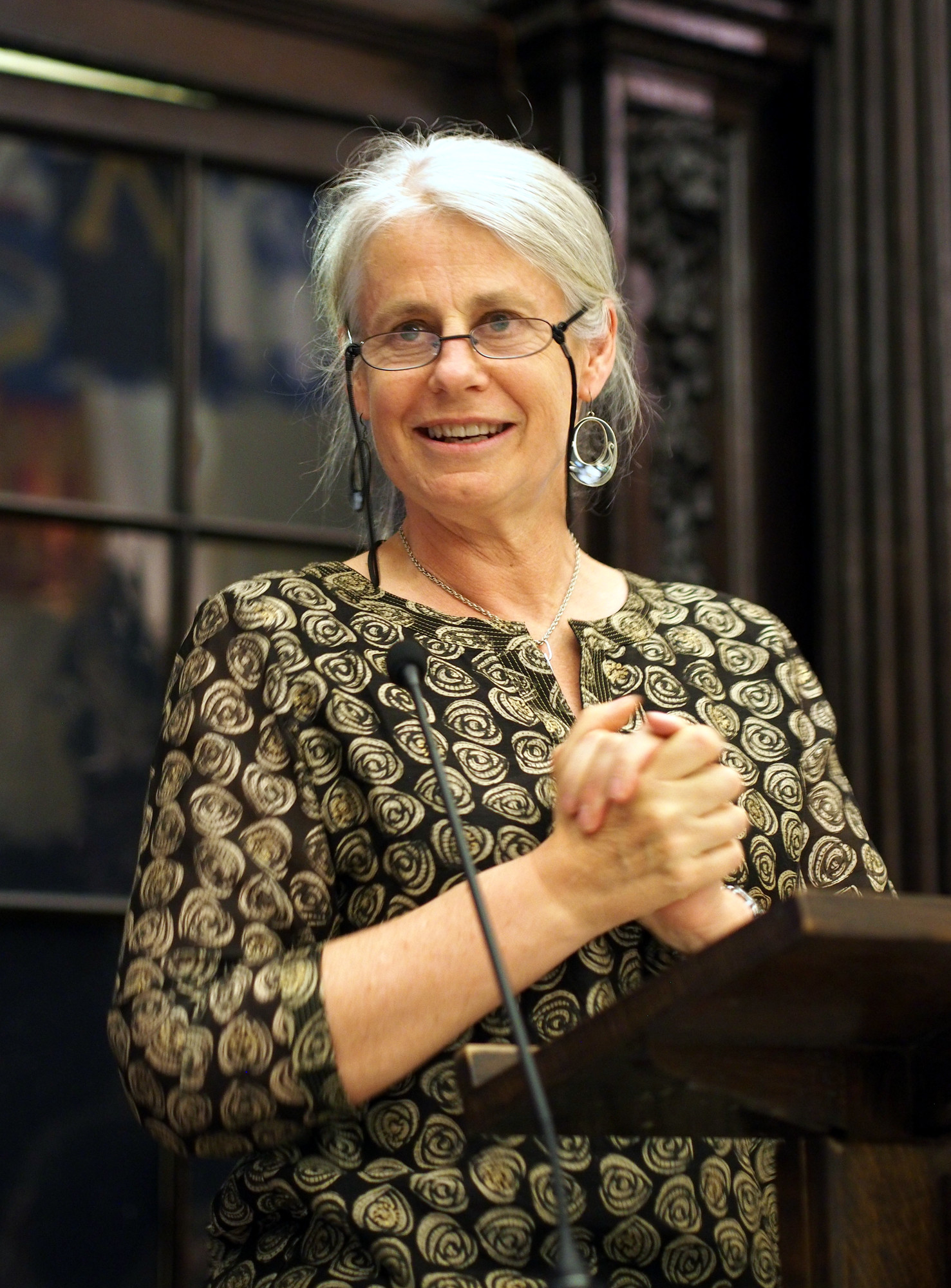 She became Professor of Criminal and Penal Justice in 2017 and was made an honorary QC in 2018 for her contribution to academia and the criminal justice system.

Her own role models are Baroness Ruth Deech, who was her director of studies at Oxford, and Professor Sir Rupert Cross, who taught her there, plus her colleagues at the Cambridge Law faculty.

She has taught students, judges and prison governors, seeing each and every opportunity to enhance her own understanding of the issues. She also engages with the next generation.

She added: “We all, as academics, have a huge responsibility to the next generation. All of us have a duty to reach out to young people from as broad a background as we can and encourage them.

“I’ve been exchanging emails with a 16-year-old. If a 16-year-old has the oomph to email me, they deserve an encouraging response.

“Small words can be incredibly supportive. It’s important we all know that taking people seriously with just small steps of encouragement can be quite as important as being a formal mentor.

“Encouraging 16-year-olds to think is the really important thing. Ambition is really important. People should be encouraged to think their horizons are as large as they want to make them. Equally, everybody doesn’t have to have huge horizons.”

It is 150 years since the Fitzwilliam we know and love today was founded as the Non-Collegiate Students Board, promoting access and opportunity for students who otherwise could not have afforded to attend university.

But Nicky knows there is plenty of work to be done to ensure equal opportunity regardless of gender, race, social class – or anything else – to allow people to fulfil their potential. 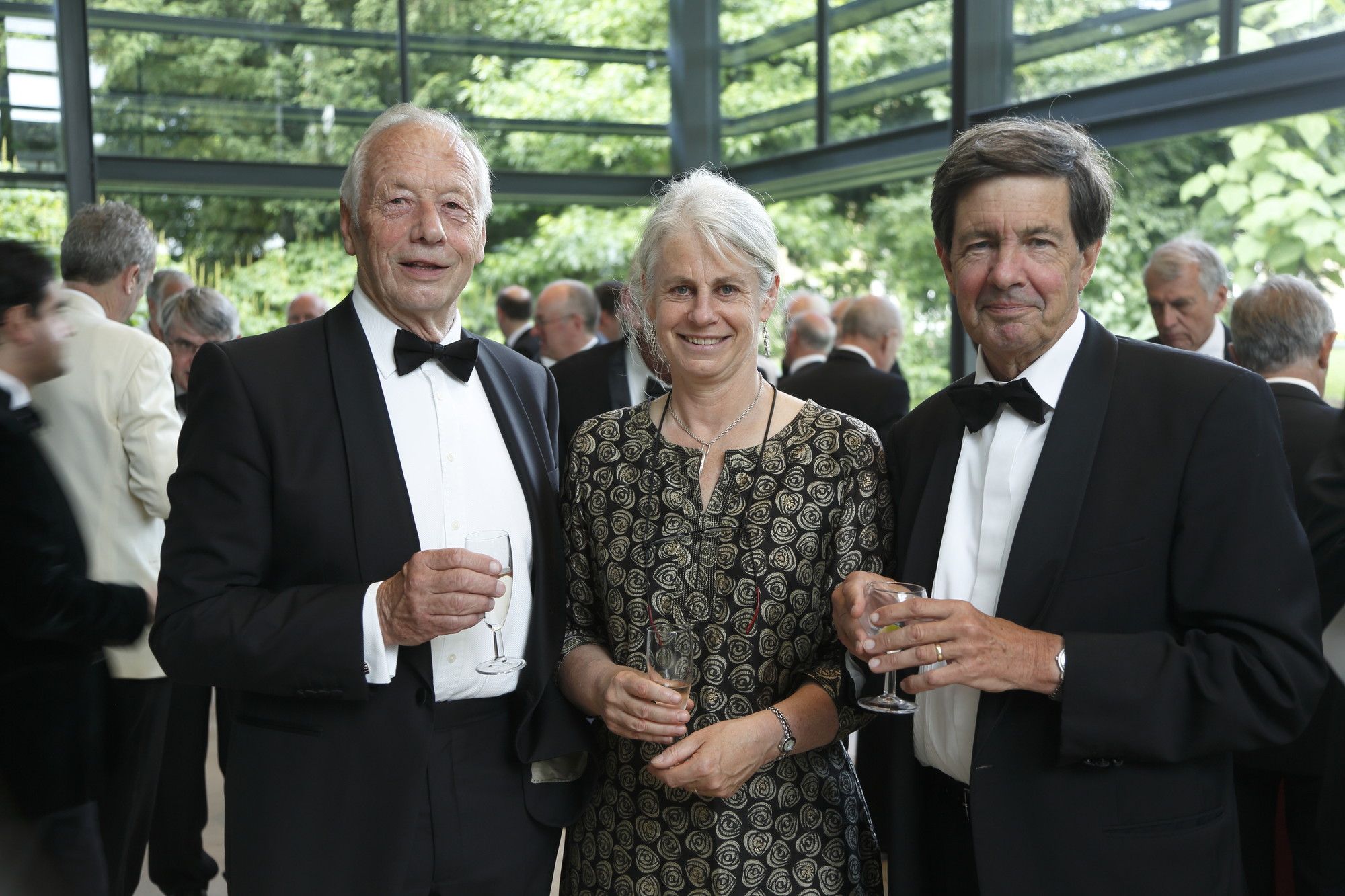 “Between 1976 and now I would’ve expected the world would have changed more than it has,” added Nicky, who is pictured with her immediate predecessors as Master, Professors Brian Johnson and Robert Lethbridge.

“There are things for us still to worry about – we’re not 50-50. I think there are huge issues about women’s role in society that haven’t yet been resolved.

“We can’t afford to be complacent, we have to continue to worry about women’s status in the workplace, society, universities, etc. Of course we need to worry even more about black and minority ethnic students who are really poorly represented in this university in many areas.

”What’s really interesting in the widening participation agenda is that it’s shifting quite a lot. There are lots of interesting debates and discussions going on.

“None of the widening participation is easy. I think we all have a duty to go out and speak loudly about ‘Cambridge is a normal place that wants people like you’.

“But it can’t just be words and somebody like me saying it won’t be as effective as students from appropriate backgrounds saying it themselves.”

The Master (2013-19) reflects on her experience at Fitzwilliam