Sarah Rainsford (MML 1992) tells us about a nickname earned playing football for Fitz and her career as a BBC Foreign Correspondent.

What are your first recollections of Fitzwilliam?

I come from a normal state school education in the Midlands and didn’t really know what to expect from Cambridge at all, or understand the system. I remember my admissions interview with Professor (Anthony) Cross on the panel. I had no idea then that he was the head of the Russian department at the University. I remember it was all pretty intimidating and my friends studying elsewhere seemed to be having a much better time than me. I was just working hard to keep up with all the clever people.

What was it like being a student at Fitzwilliam?

Fitz wasn’t exactly the dreaming spires but for some reason I decided I needed the Cambridge student image in any case and got a bike with a basket. It was ancient and had no gears, so I wound up pushing it up Huntingdon Road all the time. In the end, I gave up and got a racer. What did I do? Worked hard, went to the bar, and played football. The first match I played was against Churchill. Unfortunately, I was enthusiastic rather than skilful and I broke a girl’s collarbone. I got the nickname Crusher after that. I met my husband (Kester Aspden (History 1994)) at Fitz, actually. At the quiz machine in the bar. He was doing a PhD. Now he’s a writer and travels the world with me. A portable husband is a rare species in foreign correspondent circles. When we were in Istanbul he wrote ‘The Hounding of David Oluwale’ and it won a Gold Dagger award for crime non-fiction. He can also thank me for taking him to Havana for three years, when he learned to dance salsa. Now he’s planning to write about that. 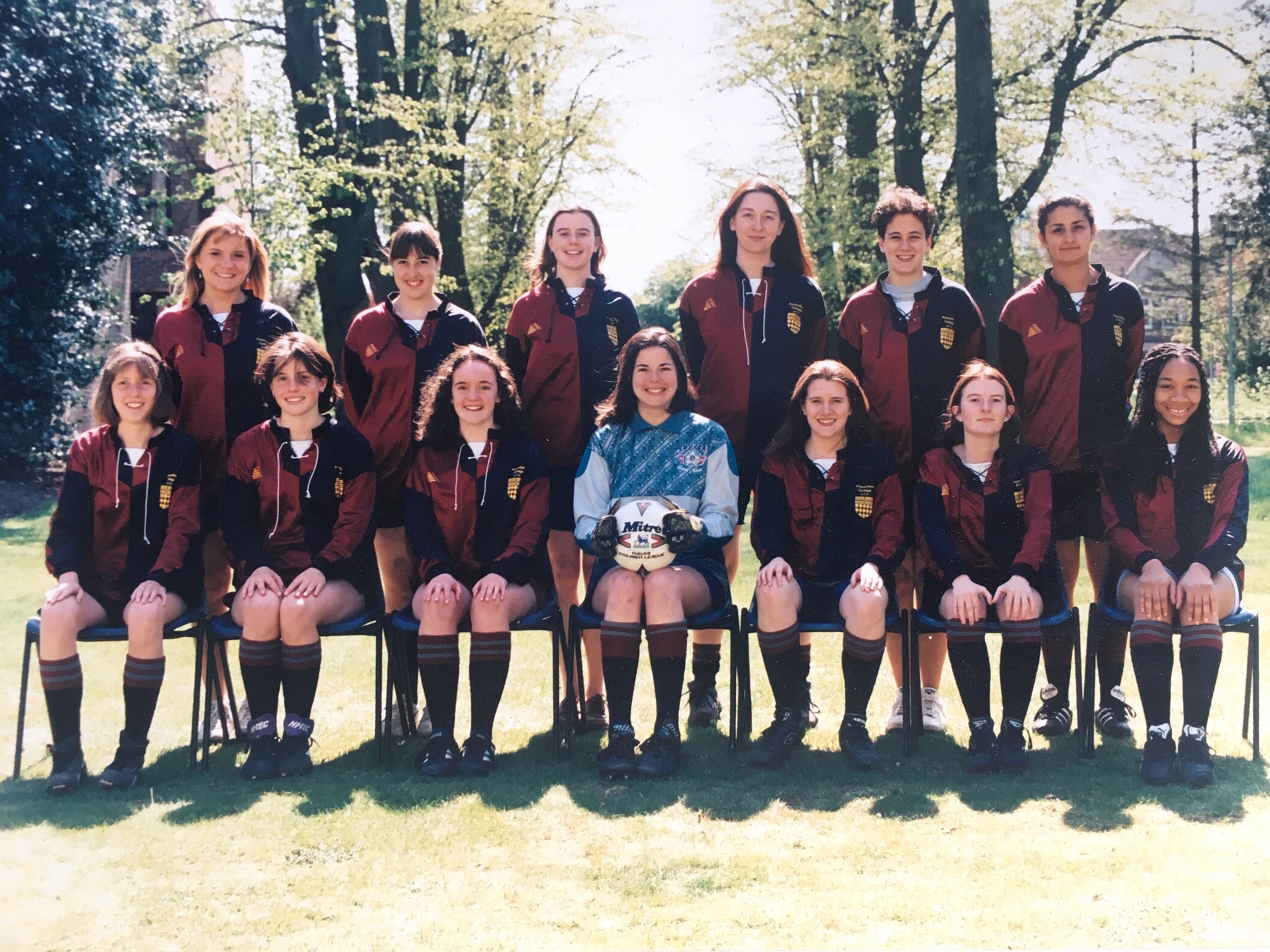 Why did you choose languages and Russian and French?

I loved languages at school. I did French, German and Latin then at Sixth Form College there just happened to be a teacher who had learned Russian in the military. It sounded exotic. He had this slightly dull way of teaching, insisting on learning the grammar first and holding up flash cards he’d made himself. It took us a year before we learned a single sentence. But in the end it was extremely effective. Then a Russian girl, Natasha, came to stay as part of an exchange programme. In January 1992 I went for six months in Moscow. It was the most amazing time to be there. The Soviet Union was falling apart around me. You could travel to places that were suddenly independent republics. We flew to Uzbekistan for a dollar, then got stuck there with no flights back because nobody knew how to operate independent airlines. In Georgia we ended up in a hotel full of refugees from the civil war, with a lad called Spartak throwing roses up onto our balcony.

How did you become a BBC Foreign Correspondent?

I finished university with Russian and French, then worked at Bloomberg TV starting off as an intern and becoming a producer. After that, I got a job with the BBC Russian Service, calling correspondents to record their reports then cutting the quarter-inch tape with a razor blade. I first moved out to Moscow for BBC News in August 2000, right after the Kursk submarine sank and at the very beginning of Vladimir Putin’s time in power. Two days after landing, I found myself covering that disaster and I haven’t looked back. I was a producer, initially, getting other people on air. But I always wanted to be behind the microphone or in front of the camera. I started reporting at the weekends, finding features, and got my break when the Nord-Ost theatre siege happened in 2002. A group of Chechen militants stormed a Moscow theatre in the middle of a musical, taking hundreds of people hostage, and I ended up outside doing my first live reports on a mobile phone. 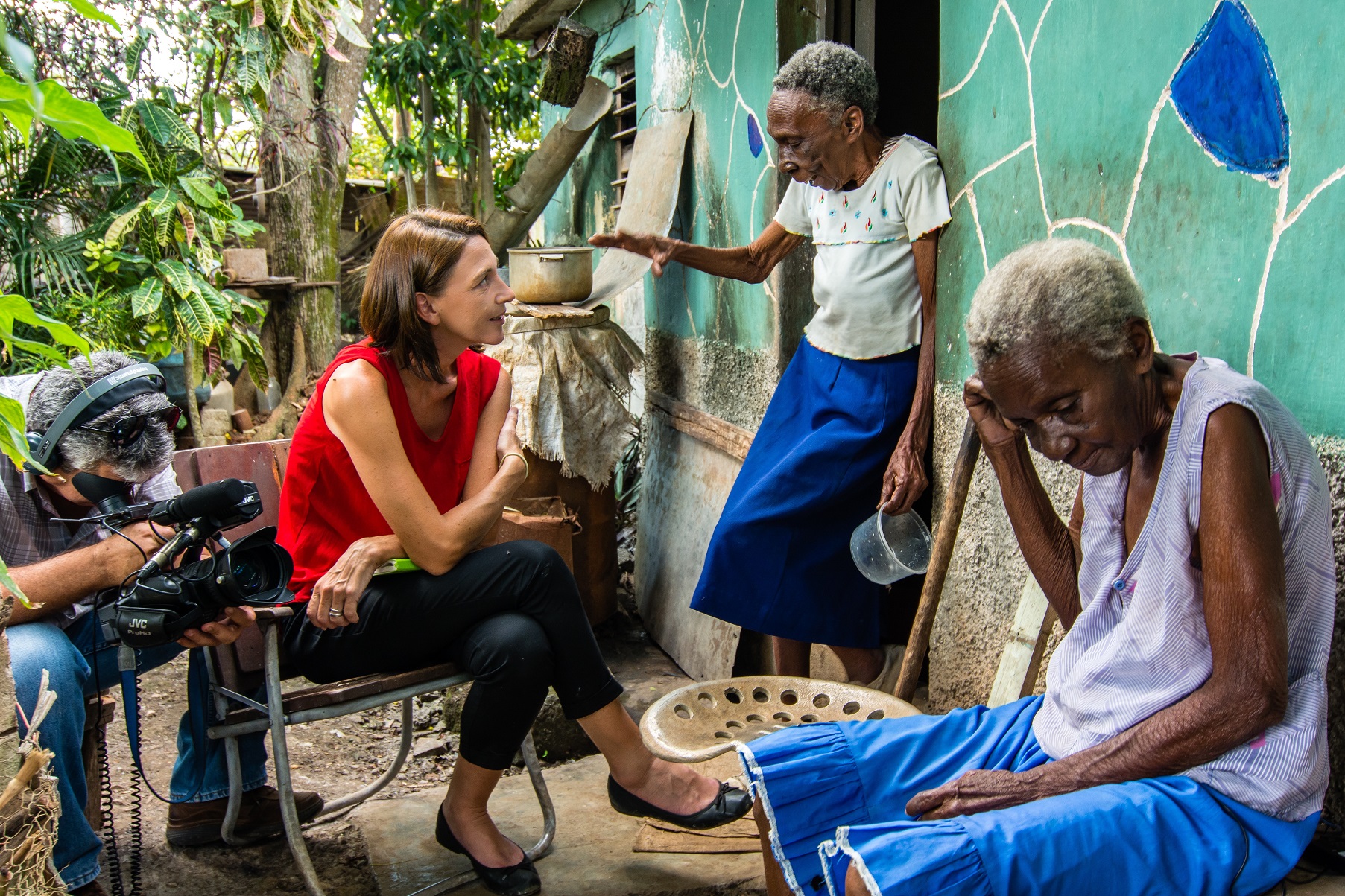 Please tell us about your return to Moscow after deployments to Istanbul, Madrid and Havana?

I never really thought I’d leave Russia. I always wanted to be BBC Moscow correspondent. It was my dream job, but it was also the first place I was sent. Then in September 2004, the horrific school siege in Belsan was a huge story. We won a Sony Gold for our coverage and after that a job came up in Istanbul which opened my eyes to reporting from outside Russia. From there, I was offered Madrid - which I loved. Then in 2011 I was asked to go to Cuba to close down the BBC Havana bureau. Instead, I stayed working there for three years and later ended up writing a book, ‘Our Woman in Havana’. Cuba was the most frustrating place I’d ever been as a journalist. Of course, it’s a tropical island with a fascinating history. But it’s also one-party state where you need Communist Party permission to film anything and most of the time the answer’s no. I managed to get some great stories in any case, but in 2014 I was watching BBC World in Havana and all my colleagues from Moscow were down in Kiev, covering the revolution. I had to be there. I got deployed to Kiev for a month, then when a new Moscow job came up I headed back. Russia is such a huge story. I wanted to be back on the map.

Is Russia challenging for a reporter?

At least officials here talk to us, unlike in Cuba. We speak to the Kremlin every day. But Russia has been closing down. We can get followed, in the provinces. It even happened before the World Cup, when Russia wanted to showcase its best face to the world. They don’t interfere, though. It can be much worse for Russian journalists. A scary number have faced criminal charges or been killed. No-one here forgets them.

Aged 18, could you imagine your career and life taking this path?

It was always my dream, but I didn’t have anybody telling me how to make it happen. I didn’t know any journalists. It happened through a combination of being pushy, lucky, being in the right place at the right time and making some good choices, like learning Russian for example. I do think that gives me a massive advantage, helping me to understand this country and make sense of it for the rest of the world.
I spent most of my year abroad in Russia. I remember all my other friends learning Russian had to sign up for boring programmes in the provinces. I was initially signed up to some course at the Shipbuilding Institute in St Petersburg. I think I went once. But I found out there was an Irish pub being built right next to the Mariinsky Theatre. I met the owners from Cork and they took me on as a translator and fixer. I spent most of my year abroad there. It was wild east time; Petersburg was a Mafia city then. There were people with guns and drugs in the back room of the pub and the Mafia visiting. And there was me, 19, 20, on a year abroad from Cambridge, serving beer and learning the best Russian I could ever have learned. I did my oral exam when I got back and I think every third word was a swear word. So despite the very conservative side of Cambridge, I did have a lot of freedom. That gave me a great perspective on Russia now. Because I was there in the 1990s experiencing real life from the inside, instead of sitting in some provincial university studying more flash cards.

*An edited version of this interview appeared in Optima.