Conference & Dinner: The Legacy of Lee Kuan Yew and the Future of Singapore

This event is now fully booked. 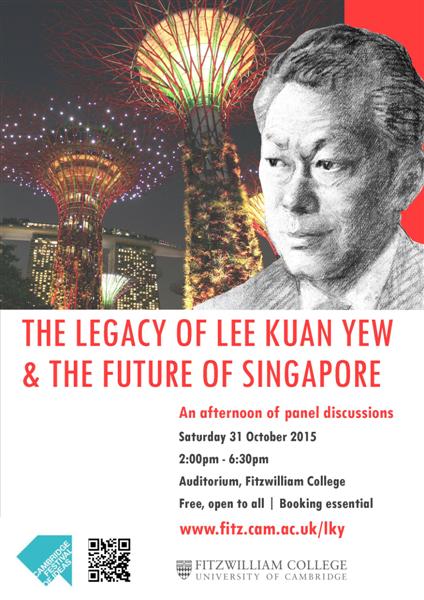 Singapore: a densely-populated city state in south-east Asia of 640 km sq with a population of over 5 million, of whom 75% are of Chinese ethnicity. Once a British colonial trading post, today it is a thriving global financial hub; known for its ‘conservatism’ and strict local laws, the country prides itself on its stability and security. In the year that Singapore celebrates its 50th anniversary and mourns its founding father, Lee Kuan Yew, this conference brings together expert speakers to explore its contested history and politics, the challenges of resource provision and its legal system.

Free and open to all – booking essential.

If you would like to stay for drinks and dinner afterwards (there will be a charge) please book via the form.