Andrew Wordsworth leans on his experience at Fitzwilliam College on a daily basis in his role as chief executive and managing partner of Sustainable Ventures.

Andrew (Engineering 1990), though, does not make much use of his academic achievements, more the leadership and people skills forged on The Cam, while an integral member of Fitz Boat Club.

“I think I spent about half my time working, half of it on the river, rowing,” he tells fitz.cam.ac.uk.

“The academic work gives you a great grounding, but I don’t really use the academic side of things day to day – although it does come in handy when evaluating innovative new technologies.

“A start-up’s team is similar in many ways from an eight: lots of different shapes and sizes, everybody doing different things yet needing to do something complementary.”

Andrew laughs at the comparison. He rowed in the Fitz men’s first boat, was vice-captain, and coached the novices.

His role as Secretary of the University Boat Club included the challenging task of organising bumps and may have similarities with his current position.

He adds: “I remember the Senior Tutor (Dr Harry Hudson) strongly advised me against taking on the role but I thought I’d take the risk and somehow managed to juggle getting the starting orders updated, rowing and finishing exams – in hindsight Dr Hudson was probably right!” 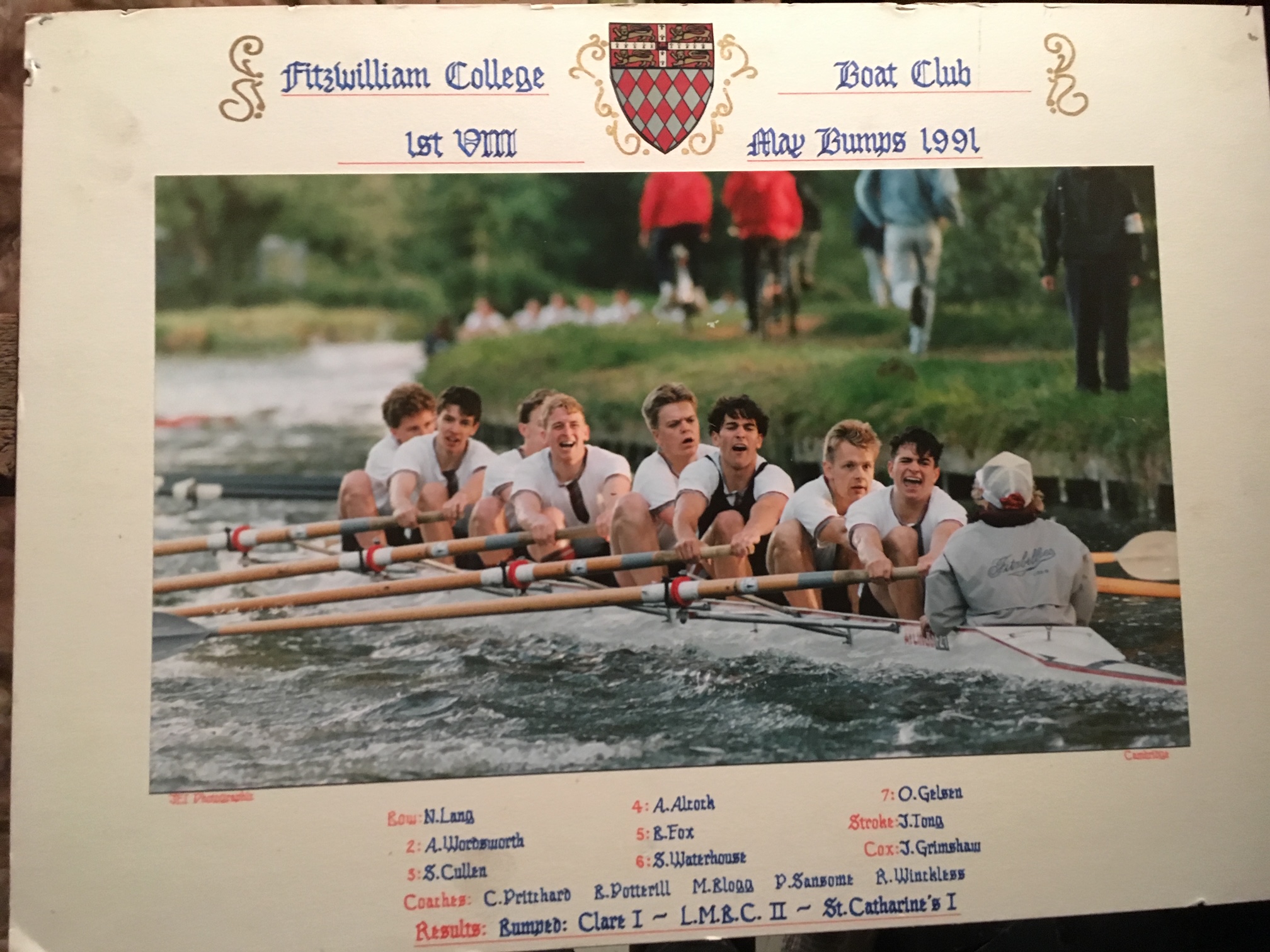 Founded with friend Chris Morris in 2011, Sustainable Ventures aim to support start-ups with commercial solutions that address the twin challenges of climate change and resource scarcity.

Andrew, Chris and their team work to support commercial solutions to scale up, but with sustainability at the core of the business.

“Sustainability is becoming a buzz word these days, but we’ve been building our networks and expertise over the last 20 years,” Andrew adds.

“We’re mission driven. If a start-up’s not tackling climate change, reducing carbon emissions, reusing resources through recycling or repurposing, we won’t get involved.”

Their support of start-ups – in a diverse range of businesses such as ones which make beer from waste bread or tackle poor air quality through smart ventilation air bricks – includes providing co-working spaces in central London and managing seed investment funds, as well as consultancy work for those businesses and public sector bodies.

Sustainable Ventures recently completed its third Accelerator Fund, using crowdfunding site Seedrs to raise £1m which will be invested in around eight start-ups. They had more than 500 investors, showing the growing interest in the sector.

“We’re seeing quite a big change in consumer behaviour, and that’s reflected by the investment community trying to make their investments more sustainable,” Andrew adds.

Currently, Andrew and his team work with around 150 start-ups, helping them go “from beer mat to exit”; their wider network is around 500 businesses.

Growing from an idea is something they have experience of themselves. They began the business as entrepreneurs, focusing on their own ideas. Those included the e-Car Club (electric vehicle car sharing), which was acquired by Europcar, and Powervault (home energy storage systems). 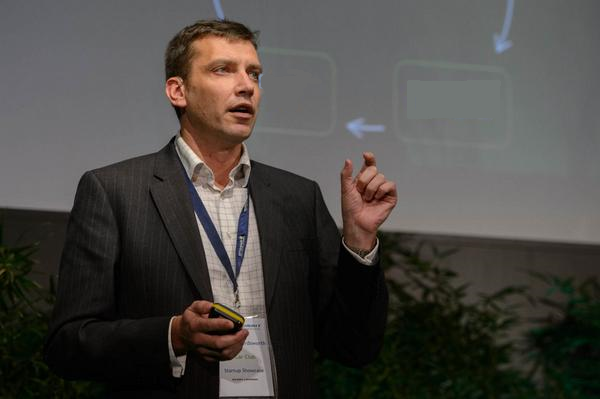 Andrew adds: “To us the key thing for a start-up to succeed is the customer economics. As with anything, have a product people want to buy and will pay you more than it costs to deliver, for example by using less of something or reducing raw materials.

“For example, Toast Ale take waste bread from bakeries and use it as a raw material to make very good beer. They joined us about three years ago when they were a couple of founders and now they’re growing rapidly – they’re in Waitrose and Tesco.

“When they started, the professional bakers were paying people to take the waste bread away, so they could almost get their raw material for free. They’ve used that to build a unique brand as well as having a cost advantage.

“Energy and resources is in every sector of the economy. That gives an opportunity for better ways to do things, using creativity. We’re seeing a massive boom in the sector, because a number of entrepreneurs are now looking at things that way as well as focusing their research projects on areas such as biodegradable plastics or smart building controls.

“Understanding the end customer and how you can solve their problem can make the difference. It’s much the same as any sector in that respect.

“Because we’ve been in their shoes, we can start working with companies really early on in their journey. A lot of it is about the founders’ enthusiasm and commitment to growing a valuable business that simultaneously delivers environmental or social benefits.”

Andrew reflects fondly on his time at Fitzwilliam College, saying: “From the first time I came to the open day, I knew that was the college I wanted to apply to. I felt incredibly lucky to get in. I was with a great group of people and I wouldn’t change a thing.” 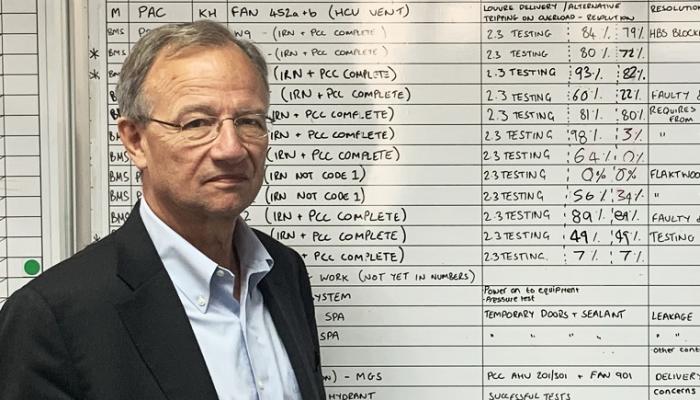 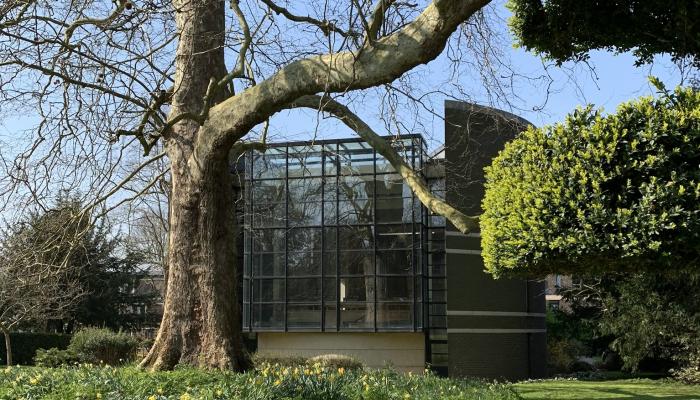