Fitz PhD student Areeb Mahtey presented his research on the discovery of a new DNA base at the Royal Society of Chemistry’s Organic Division poster symposium this month.

He said: “I was so honoured to have been selected from hundreds of international Chemistry PhD students to present my research.

“I thought that I wouldn’t get a spot as my research is more focused on the biological applications of chemistry, but I presented to more than 200 people, which included 40 other PhD students at Burlington House in London.

“I’ve been to the RSC before as an undergraduate for various events, but this was the first time I presented my PhD research outside the Cambridge environment. It was challenging as most attendees from industry had a synthetic chemistry background, so I had to explain the biological context of my poster.”

Areeb initially applied to Fitzwilliam to study medicine as an undergraduate but unfortunately his application was unsuccessful. He studied Chemistry at Imperial College in London instead and decided to continue his studies after his Masters. He is now in his fourth year at Fitz’s Honorary Fellow and alumnus Professor Sir Shankar Balasubramanian’s research group in Cambridge.

Areeb says: “In my research group there are about 28 people studying a variety of projects, ranging from bioinformatics to developmental biology so there’s a huge range of expertise and a lot of collaborative work present.

“I’m really passionate about Chemistry and its implications in the real-world. My research involves looking at naturally occurring modifications in DNA and investigating how they arise, their global abundance and how these properties relate to their function and involvement in disease states, cancer development and healthy systems.”

Areeb has won a number of scholarships through Fitz to help support his studies, including the E D Davies Scholarship and the Stachulski-Dudding Studentship in Chemistry. He is also a recipient of the Vice Chancellor’s Award from the Cambridge Trust.

As well as studying for his PhD, Areeb has been heavily involved in Fitzwilliam College’s MCR social committee and the University of Cambridge’s Fashion and Luxury Brands Society. He has modelled on a number of catwalks, participated in a large array of semi-professional photoshoots and was part of Save the Children’s Christmas Jumper campaign.

He says: “Fitz is a very friendly and down to earth environment. The best thing about it is the diversity of people here. Everyone is very intellectually able, but the huge mix in people from varied backgrounds all across the world stimulates and bring new perspectives to discussion topics.

“The collegiate system provides an additional layer of support to students. I found before, in London, that it is very easy to stay within your peer group or department, but being part of a college encourages interaction between students and staff, so I get to mix with my fellow postgraduates who are studying humanities and others degrees from outside my subject area.”

Areeb is still deciding on his career after his PhD. “I am more inclined towards taking an industrial path so that I can use all the skills I have learnt to date and scientific training I have acquired over the years and apply them to resolve global questions that are yet unanswered, whilst addressing the potential challenges that may arise in the future,” he says. 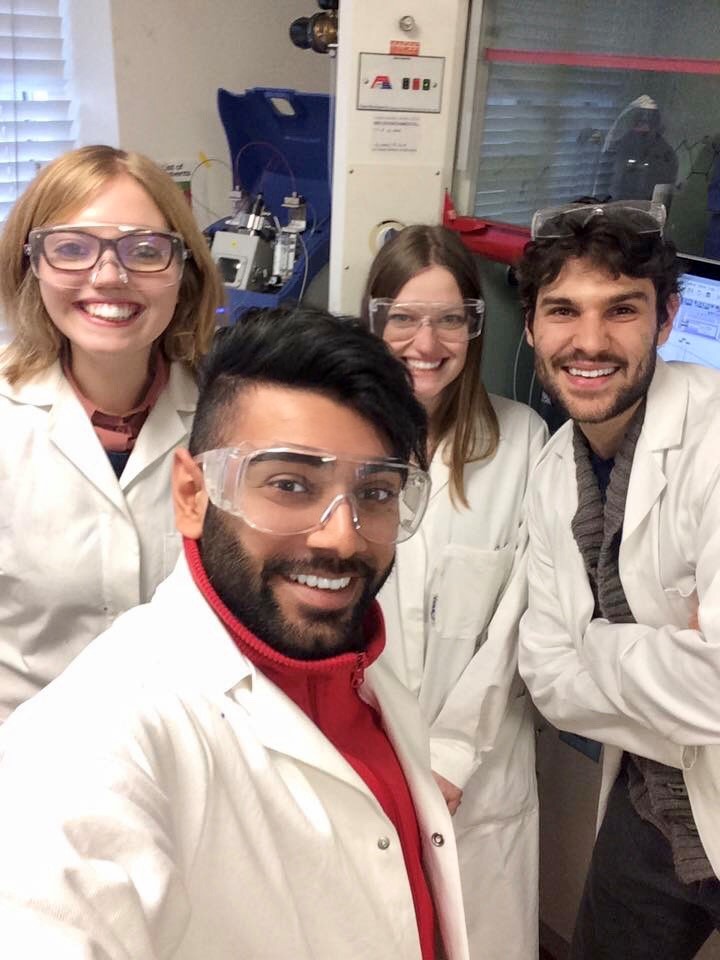