The campaign to honour a Spitfire pilot

When Richard Lyon wrote a memorial to his uncle on a Scottish Family History website in late 2006, he could not have known he would find himself challenging the Ministry of Defence in a cause which aided the Queen and Rudyard Kipling.

Richard (Architecture and Fine Arts 1967) wrote the only information he knew: the name of his uncle, Ernest Russell Lyon, the date he was shot down (27 July 1944, at the age of 21), and the town of Ploemeur in southern Brittany, where his Spitfire had been seen hurtling towards the ground.

Russell was then reported as missing in action with no known grave. But Richard’s simple website post prompted a quest to have a Commonwealth War Graves Commission grave in Guidel recognised as Russell’s final resting place.

A rededication ceremony took place in October 2015 and Richard has chronicled the story in his book, Finding the ‘Ring of Truth’. 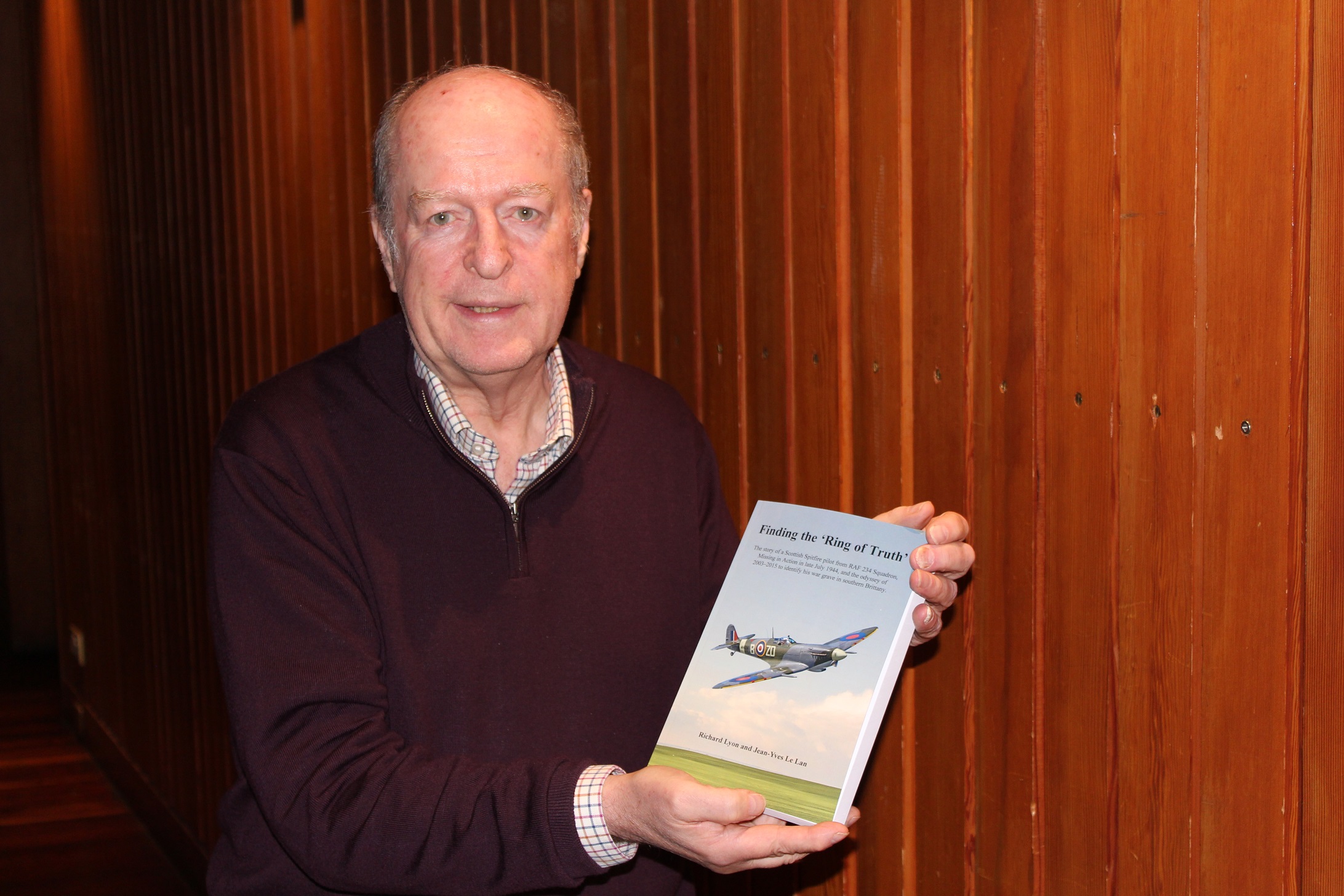 Following his website post, Richard was contacted in April 2007 by Jean-Yves Le Lan, who was part of a team who had dug up the remnants of a Spitfire and uncovered the unique identification marks of the aeroplane which Russell had been flying.

An information exchange followed, with Jean-Yves informing Richard of a witness statement, given in 2003, by the farmer who owns the land on which the Spitfire had crashed.

The farmer saw the plane fall out of the sky, ran 200 metres across his fields to the crash site, and he saw the pilot’s body lying clear of the wreckage before the Germans arrived and sent him away. The following day, the farmer was told by a German soldier that the body had been taken to Guidel for burial.

Jean-Yves and his team followed up the witness statement by making the short journey to Guidel cemetery, where they discovered a gravestone marked RAF officer inconnu (unknown), with a burial date of 29 July 1944.

Richard travelled to the area, near Lorient, himself, and that was enough for him to petition for Russell’s name to go on the gravestone. However, it was not so straightforward.

Russell was a member of 234 Squadron, which has now been disbanded, and their earlier pleas for the grave to be marked had been rebuffed by the MoD. The French authorities had also been denied the same request.

It was argued that to rename a grave, evidence needed to be beyond reasonable doubt and Richard was told there was too much hearsay.

So began a lengthy campaign in which Richard argued the standard of proof was too high. His argument succeeded in September 2011, when the Ministry of Defence standard of proof for war grave identification was lowered, as a matter of principle and not related to an individual case, as the British standard was considered to be out of line from other Commonwealth and European Union countries.

Richard’s endeavour was supported by influential figures in the Armed Forces, especially the RAF, and rules were again revised so that Russell’s case could be reviewed. In July 2014, Richard learned his quest had been successful. 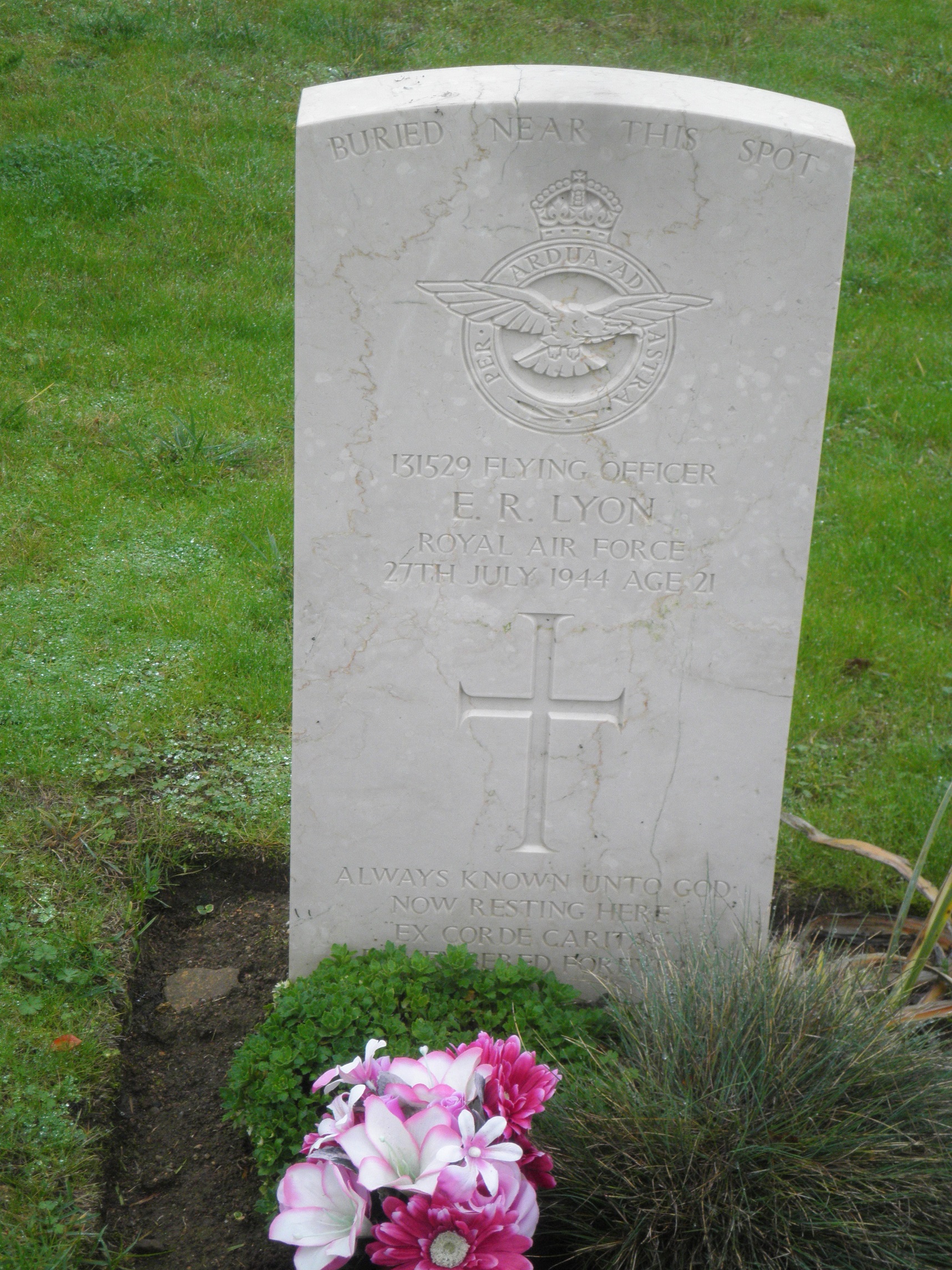 Richard told fitz.cam.ac.uk: “My uncle’s case was the first to be reviewed to the new standard of proof, and the ceremony of re-naming the grave took place in October 2015. There were around 50 other cases following.

“About a month later, I opened my daily newspaper and there was a photograph of the Queen visiting the MoD Joint Casualty and Compassionate Centre at RAF Innsworth. Her uncle, Fergus Bowes-Lyon, had been a World War One victim in the Battle of Loos, and it was reported that his name was going on to a WWI war grave.

“And then in March 2016 another case cropped up, another victim in the Battle of Loos, Rudyard Kipling’s son, John.

“Rudyard Kipling was involved with the War Graves Commission after World War One and a lot of the well-known phrases on Remembrance Day are his original words.

“It was suggested to me that those cases couldn’t be used as the model to push the review through to get the change in law that we achieved. They had to choose a more anonymous casualty.”

Richard wanted to share his discovery, so, together with Jean-Yves has written about a story which has an impact for numerous families.

He added: “I thought it was a story the public would like to hear: how can an amateur and civilian like me change a bit of Ministry of Defence law?

“The Joint Services Practice Manual for all Army, Navy, Air Force operatives must be a very large document.

“We have changed just a few words in it, from 'beyond all reasonable doubt' to 'by clear and convincing evidence' but they are rather important words. Hopefully those other 50 or so cases, as their reviews go forwards, will get the satisfaction due to their relatives for the ultimate sacrifice they have made in giving their life for their country.

“Russell’s closer relatives – his father, my father (Russell’s elder brother), and my mother all died in the 1980s and 1990s so, sadly, have not been around to share in this story.

“However 23 members of my family went out to France. It was emotional for us at the graveside.

“It was great to have that closure and emotional satisfaction.” 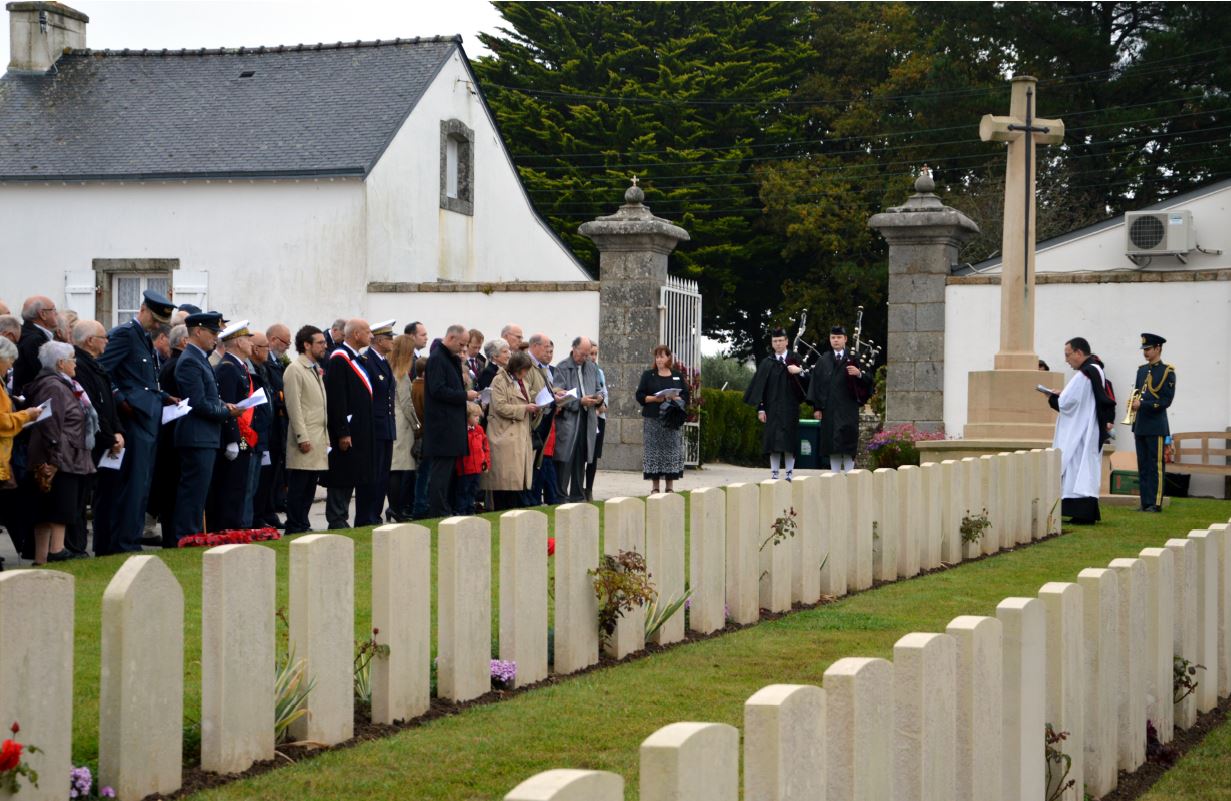