This article is a commentary by Fitzwilliam Honorary Fellow Professor M S Swaminathan FRS (PhD Botany 1950), as told to his daughter Nitya Rao.

I started my post-graduate work on potato in 1947 at the Indian Agriculture Research Institute (IARI), New Delhi. Growing up in Tamil Nadu, I had witnessed the damage to the potato crop by a disease called late blight (caused by Phytophthora infestans) in the Nilgiri Hills. Potato was a very important crop here, and its destruction led to considerable distress for the local people, as this coincided with World War II, when rice too was in short supply, due to the lack of imports from Burma (Myanmar). While many scientists were already working on wheat and rice, potato was at that time under-researched in India, perhaps because of its geographical concentration in the hills of southern India and the eastern Himalayas.

I continued my research on potato at the University of Wageningen, the Netherlands, in 1949. I learnt that during World War II, potato became the major food crop in Europe, leading to the abandonment of traditional crop rotations, and subsequently to the problem of resistance to the golden nematode in the polder lands. Potato is prone to a range of viruses, bacterial and fungal infections, and my work therefore focused on developing varietal lines resistant to pests and diseases.

I moved to Cambridge in 1950 and continued my PhD work on potato pests and diseases with Dr H W Howard. My work relied on inter-specific hybridisation, a technique that came to be increasingly used after the Irish potato famine of the 1840s. When I studied the question of why the Irish experienced such a serious epidemic pest, the late blight, I found the main reason to be the cultivation of a single variety. With no genetic variability, the potato became vulnerable to the rapid spread of disease. Fortunately, in Cambridge, there was a large collection of tuber-bearing potato (Solanum) species from Latin America, which provided valuable genes for developing lines of resistance to several serious stresses and diseases.

I published a paper in the American Potato Journal in 1951 on the importance of genetic diversity and variability, and this in fact, led to the US Department of Agriculture asking me to help them establish a potato collection at Sturgeon Bay, University of Wisconsin, Michigan. Here, one of the crosses I developed, between S. tuberosum and S. acaule, a species which grows at high altitudes in Peru, resulted in the frost-tolerant variety Alaska Frostless. Through my research, published in Biblographia Genetica, I demonstrated clearly that if we have enough genetic material in hand, we will be able to make new lines, resistant to disease or bearing specific characteristics.

Over a period of thousands of years, there have been mutations or changes to crops through a process of natural selection, that is, certain strains that are resistant to disease, survive. But once a plant becomes a crop, there is a process of human selection too that comes into play. So, potato breeders, for instance, selected strains of potato resistant to the late blight, after the Irish famine.  For the coronavirus, part of the process of developing a vaccine is based on mapping the genetic traits of the virus. While nature conserves genes, human selection additionally takes account of quality, be if of food, or of human life itself.

The importance of genetic diversity and biodiversity cannot be emphasised enough in the context of food security. During the Bavarian war of succession in the late 18th century, there was a period called kartoffelkreig or the potato war. The potato crop was damaged by blight, and as the two armies had nothing to eat, while there were only minor skirmishes, thousands of soldiers died of starvation and disease. In Europe, this too emphasised the need for varietal diversity of potato, the main staple food. A single genetic strain, like the present COVID-19 pandemic, can lead to severe distress, in the absence of resistant strains.

Coming to the lessons in today’s context, and for the future of food and agriculture in India, I again draw a parallel with the Irish potato famine. As the famine led to hunger and starvation, it also led to epidemics of infectious diseases. When people are starving, they are more prone to disease. On television, we find stories of migrants reporting that they might starve to death due to lack of food even if not due to the coronavirus. A basic problem we are confronting today is of inadequate food intake, especially for the poor and those already malnourished. This can affect immunity, but also longer-term nutrition and health.

There are two key lessons for food and nutrition security and agriculture more broadly. On the production side, the main moral lesson is to promote genetic heterogeneity. The late blight devastated the entire potato crop, leading to severe famine and loss of many lives. This implies the need to preserve and cultivate a range of varieties, be it of potato or other crops. In India, we are fortunate to have enough diversity of crops, so if one fails, there is always another crop.

However, at the present moment there is an issue of availability of suitable seed varieties, given that many of the standing crops have not been harvested. The government needs to ensure that seeds in adequate quantity and for a diversity of farming systems are made available to the farmer preparing now for the kharif sowing.

In the 1960s, I had started the first seed village in Jaunti in Delhi state. The idea was that the whole village produce seed to meet farmer’s demand, but also ensure farmer’s control over the varieties. Later known as participatory breeding, scientists from IARI and farmers worked together to develop characteristics there were desirable, both in terms of production yields, but equally taste and colour preferences. Farmers at that time preferred amber coloured wheat to red varieties such as Sonora, which we had acquired from Mexico, for making chapattis.

We experimented with vegetable seeds production villages in Tamil Nadu, in the early years of the M.S. Swaminathan Research Foundation (MSSRF) and while entire villages have not taken this up, there remain clusters of farmers who produce seeds for pulses, vegetables and so on. It is even more important now to support local production of seeds that ensure genetic variability. We need to specifically identify donor genes that can help develop varietal lines resistant to a range of pests, pathogens and weeds.

The other important lesson is in the field of post-harvest technology. In the present context of corona, and the national lockdown, farmers’ distress (especially for those producing horticultural crops) is intensified due to lack of post-harvest processing, storage, value addition and marketing mechanisms. The Amul model, supported by the National Dairy Development Board (NDDB), has demonstrated that even during the present COVID-19 crisis, the livelihoods of small farmers, in this case, milk producers, can be secured through collective action that ensures procurement, storage, transportation, value addition and marketing.

It is time that the National Horticultural Board is supported to play a proactive role similar to the NDDB. Even food crops are likely to get infected with fungi, aflatoxins and micro-toxins, in the absence of proper post-harvest storage and processing. In fact, following the Irish potato famine, in addition to potato collections to preserve genetic diversity, measures to protect both seed and food were put in place including modern storage systems.

This is the time to recognise the farmers

Finally, during the Irish potato famine, people did not know what had happened, there was no information available till after the event. In India today, we have the advantage of excellent information and communication technology, which needs to be put to full use to reach the unreached with appropriate and timely information. There are several small initiatives towards this end. While the government machinery is providing good information on dealing with COVID-19, at the same time, we need to help our farmers and small producers deal with the threat of pest and disease in their farming systems too. For instance, close to a 100 farmers joined a ‘plant clinic’ run by MSSRF, online for the first time.

The Green Revolution helped us move from a ‘ship to mouth’ existence to a commitment to the ‘right to food’. Our food stocks need to be used to ensure the food security of the poor and hungry – many of them farmers – who have contributed to the building of this stock. This crisis is a time to recognise and strengthen our farming community – women and men.

Swaminathan, M.S. (1951) Notes on induced polyploids in the tuber-bearing solanum species and their crossability with s.tuberosum. American Potato Journal. 28: 472-482.

Swaminathan, M.S and Howard H.W (1953) The cytology and genetics of the potato (solanum tuberosum) and related species. Bibliographia Genetica. 16: 1-192.

M.S. Swaminathan is an eminent agricultural scientist, the winner of the World Food Prize, and was the Chairman of the National Commission on Farmers. Nitya Rao is Professor of Gender and Development at the School of International Development, University of East Anglia, the UK.

This article originally featured on Mongabay-India. 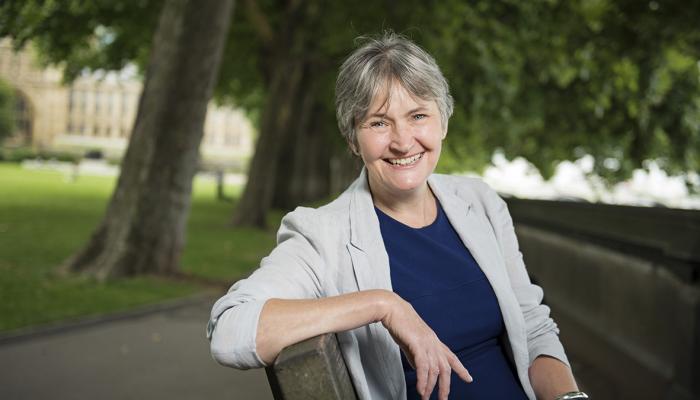 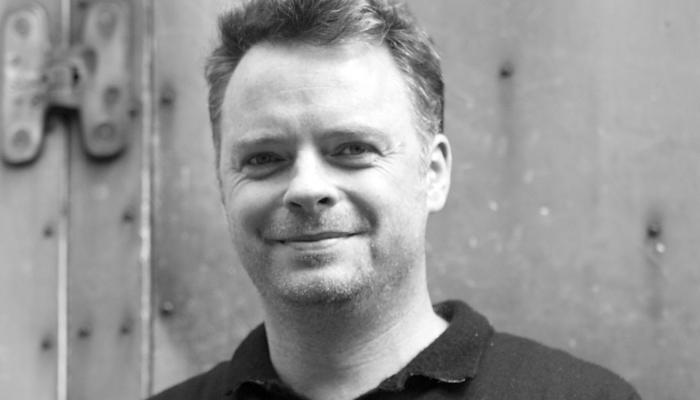 A new report from The Resource Efficiency Collective, focusing on use of plastics in the UK, was co-authored by Fitzwilliam Fellow Jonathan Cullen from the Department of Engineering.
Read more 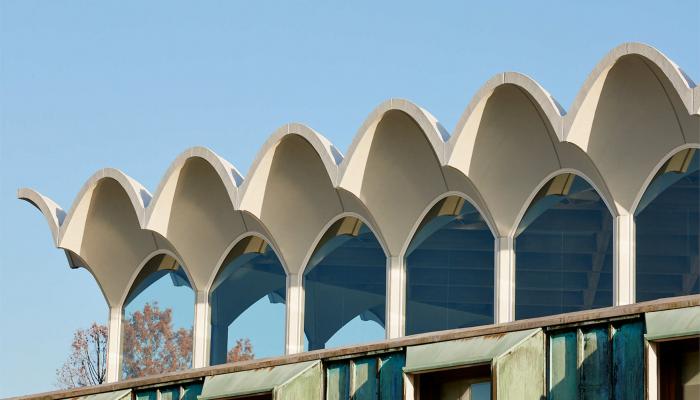 The Master gives an update on Fitzwilliam's antiracism work so far this term:
Read more