Professor Deaton, from Princeton University, USA, has received the prize from the Royal Swedish Academy of Sciences “for his analysis of consumption, poverty, and welfare".

The Academy website says: “The consumption of goods and services is a fundamental part of people’s welfare. The Laureate, Angus Deaton, has deepened our understanding of different aspects of consumption. His research concerns issues of immense importance for human welfare, not least in poor countries. Deaton’s research has greatly influenced both practical policymaking and the scientific community. By emphasizing the links between individual consumption decisions and outcomes for the whole economy, his work has helped transform modern microeconomics, macroeconomics and development economics.”

It goes on to explain that Deaton receives this year’s Prize in Economic Sciences for three related achievements: the system for estimating the demand for different goods that he and John Muellbauer developed around 1980; the studies of the link between consumption and income that he conducted around 1990; and the work he has carried out in later decades on measuring living standards and poverty in developing countries with the help of household surveys.

Director of Studies in Economics, Anna Watson, said: “The College is extremely proud that Angus Deaton’s groundbreaking work spanning microeconomics, macroeconomics and development economics has received such extraordinary recognition. We are greatly honoured to have him as one of our alumni and Honorary Fellows. He is an inspiration for our students and for our wider College community.”

Geoff Whittington (colleague of Angus Deaton at Fitzwilliam, 1968-72, and Bristol, 1976-83) said: "I am delighted, but not surprised, to hear that Angus has been awarded the Nobel Prize. This confirms that he has fulfilled the immense promise that he showed, in his early days at Fitzwilliam, as undergraduate, postgraduate, research fellow and teaching fellow. His great mentor, the late Professor Sir Richard Stone, who also won a Nobel Prize, would have taken particular pleasure in this award."

Angus Deaton delivered the Fitzwilliam College Foundation Lecture in 2010: ‘The wellbeing of the world: global patterns of health, wealth and happiness’.

Listen to the lecture here >>

Joseph Stiglitz, who was awarded the Nobel prize for Economics in 2001, came to Fitzwilliam as a Fulbright scholar in 1965 and is also an Honorary Fellow of the College. 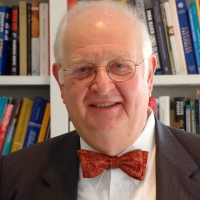