Fitzwilliam alumna Sonita Alleyne (Philosophy 1985) has been elected as the new Master of Jesus College, Cambridge.

“I left Cambridge 30 years ago, but it never left me. I am delighted to be returning,” Sonita said on jesus.cam.ac.uk.

“It is an honour to be elected to lead Jesus College and I’m looking forward to becoming part of such an energetic and innovative community.”

Sonita will take up her role at Jesus from 1 October 2019, becoming the 42nd Master and first woman to lead the College. She succeeds Professor Ian White, who was appointed Vice-Chancellor of the University of Bath earlier this year.

Brought up in east London, Sonita read Philosophy at Fitzwilliam from 1985 to 1988 before embarking on a career in broadcasting. 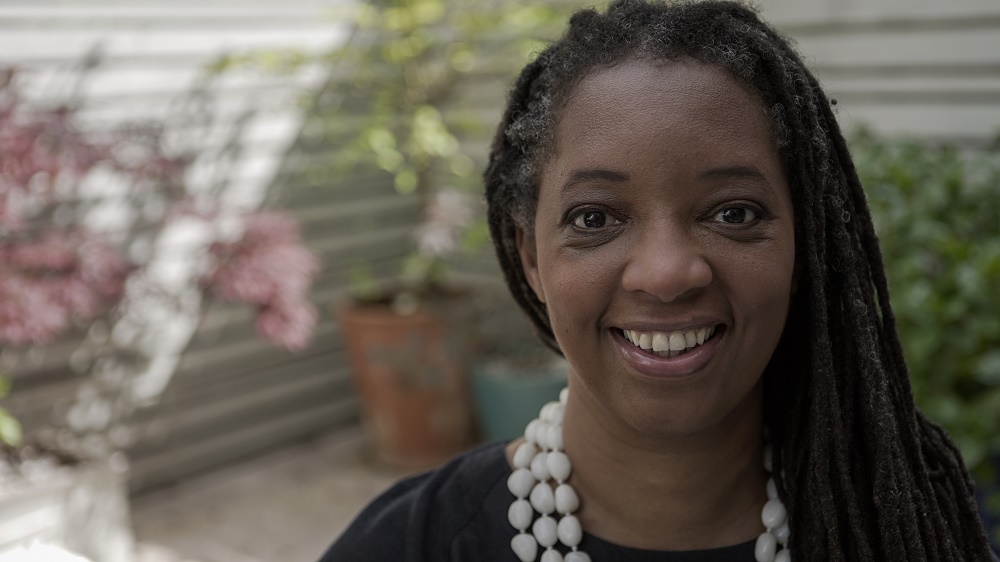 She founded the production company Somethin’ Else in 1991 and led it as chief executive until 2009.

She is a Fellow of The Royal Society of the Arts and the Radio Academy, and she won the Carlton Multicultural Achievement Award for TV and Radio in 2002.

The businesswoman and entrepreneur was awarded an OBE for services to broadcasting in 2004.

She was a BBC Trustee for five years, championing diversity and inclusivity, and in 2012 she was appointed to the board of the London Legacy Development Corporation, with the remit of regenerating the Queen Elizabeth Olympic Park and surrounding areas.

Fitz.cam.ac.uk caught up with Sonita in early June to get her reaction to her appointment.

Congratulations on your election as Jesus College Master. How did the role come about?
It was a very, very rigorous process. The Jesus community of Fellows was very, very thorough. The more rigorous they got, the more rigorous I got. At the end of it I thought this was 100% a really good move to make. I went back for the fourth time recently and I felt a real sense of excitement walking into the College. I do feel like it’s going to be a good home.

How do you feel about the historical element of being Jesus College’s first female and first black Master?
From all the press and PR, it’s gone around the world. The minute I found out, the thing that pleased me the most is that I got the job and was going to be working with the community at Jesus. I didn’t think ‘oh, I’m a woman and I’m black, so it’s different’ - I don’t go through life like that. I think about the job and my approach going for the position was to look at some of the issues students and Fellows would be facing and what does it mean to be an active Master at this time. What’s been fantastic since getting the role is the amount of alumni reaching out and saying congratulations. I have thoroughly looked into lots of things, like widening participation, student welfare and that ability to have a college with a community and a ‘family’. Those are things that concern me and are going to be the most exciting.

Widening participation and access is a hot topic – can you give us a hint of your plans in this area?
I have got lots of ideas. I’m doing a lot of talking within Jesus about some things the College has already started doing. I’m coming at things from what I’ve done previously, like the National Employment Panel and the London Skills and Employment Board, where the conversation is around inclusivity and access to opportunities right across the board, in terms of BAME, care leavers, disabled people, social class and so on. The Yes Programme looks at careers from primary school. We need to start younger. There’s a lot of demystifying about what the whole Cambridge experience is about.

With the benefit of experience, what advice would you give to your younger self?
I’d just say ‘go for it’. If you’re thinking of doing something, be bolder, be more ambitious. Believe in yourself.