Fitz alumnus one of the first to volunteer for vaccine testing

Alumnus Ade Thomas (SPS 1989) is one of around 500 people to first take part in coronavirus vaccine testing in the UK.

Ade said he applied after seeing an advert on LinkedIn from Oxford University, which was looking for human guinea pigs for the tests for a coronavirus vaccine.

He said: “People seem to think that I was brave to sign up, as it was right when the white heat was on when people were very concerned about COVID-19 and the impact it might have.

“I do hate needles, and I have seen more than my grandma used in her knitting heyday. A vaccine is the only way out of this global crisis."

Ade said: “I’ve not done anything like it before, but I wanted to be part of the process and feel like I am doing something purposeful.”

Ade was filmed by Channel 4 and has kept a daily video diary.

In a few months’ time he will find out if he was part of the control group, or the active group. This will determine whether he had a new vaccine for coronavirus, or any existing inoculation against meningitis.

He studied Russian history while at Fitzwilliam College and one paper in particular – War, Peace and Global Security – really struck a chord with him as part of his SPS degree.

“I’ve been fascinated by that side of military history, and always wondered how I might respond to a major issue in life. I often thought about whether I’d step up to the plate if I was tested in any kind of way,” he said.

Ade founded the sustainability media company, Green.TV, 14 years ago. He was heavily influenced by the environmental ideas he first engaged with on his SPS course while at Cambridge.

“I’m 51, and the initial cut off age was 55. I have another week of returning to hospital for tests and then that is it. I have a wife and three kids, and the first question that I asked was if there would be any risk at all to them, in which case I wouldn’t have done it.

“I’d like to say thank you to the frontline medical staff – every single one has been from outside the UK and are in fact mostly Spanish. Full credit to them doing their vital work at the moment.” 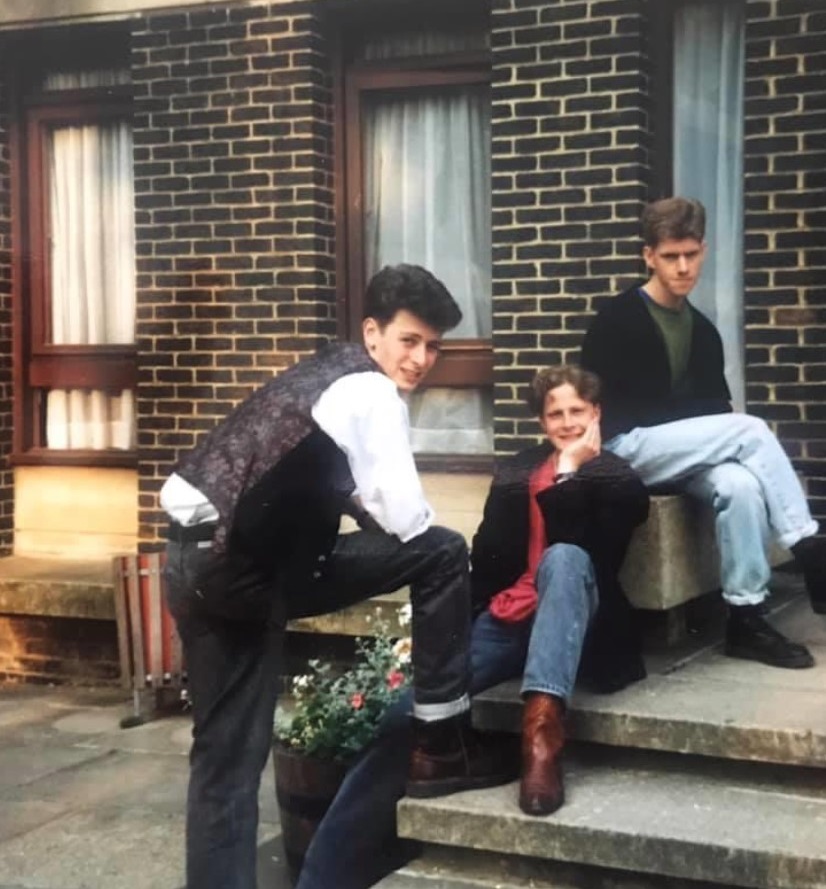