Director of Music Katharine Parton will be stepping down at the end of a successful 3-year term, and the College is on the lookout for her successor.

Appointed Director of Music in 2014, Katharine has mentored College ensembles, including the ‘Hill Colleges’ orchestra, the Chapel Choir and two a cappella groups, appointed fifteen music scholars annually, and curated a musical calendar which has included over 200 separate events – she will be a hard act to follow.

Katharine’s particular area of interest is in teaching conducting and she has also initiated several new projects, including collaborations with the Royal Philharmonic Society Women’s Conductors programme, and a pilot project to use conducting to bring state-school students into the College.

“I hugely enjoy working with students from across the College and University to help them develop as conductors and musical leaders and Fitz, with its tradition of student-led ensembles, has been an ideal College for me.”

She has been active in the University’s Choral and Organ Outreach Working Parties, creating partnerships with local music groups and teachers.

“One of the innovations which will hopefully be continued is a new emphasis on creating opportunities for young people to physically come into the College, to enjoy our musical facilities, and have the University de-mystified through shared music-making at the earliest ages possible.”

Within the College, Katharine has established a popular series of events tailored to the interests of graduate students, and as part of broadening music at the College, she founded two new series of folk and jazz events, the latter featuring the popular University ensemble Fitz Swing and the increasingly well-known group founded at the College ‘The Handlers’.

Katharine will see a number of exciting projects come to fruition before she hands over to her successor, including a Shostakovich series with the Fitzwilliam String Quartet.

Fitzwilliam College appointed its first dedicated Director of Music in 1994 - Jonathan Sanders. He was succeeded by Andrew Lovett, Peter Tregear, Michael Downes and Francis Knights. Katharine is the first woman appointed to the position at Fitzwilliam College. 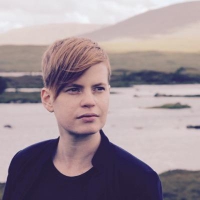 Fellow(s) in this article
Mr Francis Knights
Other News