The new exhibition is showing in the College’s Auditorium and is open to the public.

Black students are a part of Cambridge’s past, present, and future and writing them back into the history of the University is the mission of the Black Cantabs Research Society, curators of Black Cantabs: History Makers. Their aim is to reclaim and critically engage the legacy of former black students, forming a strong and connected community through telling the lost or forgotten stories of Cambridge’s black students.

This exhibition engages common themes of colonial ancestry, slavery, struggle, migration and the battle to match talents and aspirations to educational prospects once thought to be unattainable as a black student in Britain. Stretching as far back as the 18th century, the exhibition seeks to curate these stories for generations to come.

Francis was the first recorded black writer in the British Empire. He studied mathematics, Latin and literature at Cambridge, returning to Jamaica after his studies to set up a free school for black students.

In the portrait by an unknown Jamaican artist, Francis’s left hand rests on an open book by fellow Cambridge alumnus Isaac Newton, and the view from the window reportedly shows Jamaica’s Spanish Town prison, a reference to Francis’s most famous poem, Welcome, Welcome Brother Debtor.

As the son of an illiterate, freed slave, Alexander was a lifelong abolitionist, arriving in England in the 1840s to enlist Britons to the cause. He stayed to become the first black graduate from Cambridge. Later becoming a minister, Alexander developed the concept of Pan Africanism, drawing strongly on his faith to encourage people of African descent to come together in unity and solidarity.

Lieutenant Clemetson was one of the only black officers serving in the British Army during the First World War. Born in Jamaica, David studied Law at Trinity, playing rugby, and rowing in the Lent Bumps. He left his studies in 1914 to enlist in the Sportsmen’s Battalion of the Royal Fusiliers. Killed in action at the Somme, he was posthumously awarded both the Victory Medal and the British War Medal.

Elizabeth Bagaaya (Girton 1959) is notable as a lawyer and Princess Royal of the Kingdom of Toro.

The Batebe (Princess Royal) of the Kingdom of Toro, Uganda, Elizabeth studied Law at Cambridge. In 1965 she became the first East African woman to be admitted to the English Bar. As well as being a practising barrister, Elizabeth also modelled, and was the first black woman to appear on the cover of Harper’s Bazaar.

Sharon White (Fitzwilliam 1985) is notable as a British civil servant.

Daughter of immigrant parents who came to Britain from Jamaica in the 1950s, Sharon rose rapidly through the ranks of the civil service to become one of the most powerful women in Whitehall. In 2014, The Voice named her the seventh most powerful black person in Britain. In March 2015, she became chief executive of the communications regulator, Ofcom and will take over as chairman at John Lewis next year. Read more about Sharon's life at Fitz.

She was born in London and is of Jamaican and English heritage. She read English Literature at Cambridge, publishing her debut novel, White Teeth, to widespread critical acclaim three years after graduating. Four further novels followed, including Booker Prize-shortlisted On Beauty. In 2010 Zadie joined New York University as a tenured professor of fiction.

Naomie Harris (Pembroke 1995) is notable as an actress.

Born in London to Jamaican and Trinidadian parents, Naomie studied Social and Political Sciences. Best known for blockbusters such as Pirates of the Caribbean, Naomie has garnered a host of awards in indie films such as Moonlight and Nelson Mandela biopic Long Walk to Freedom, in which she played Winnie Mandela. She was appointed an officer of the Order of the British Empire in 2017.

Bez Adeosun (Clare 2015) is notable as a star of viral ‘Black Men of Cambridge’ photo.

Bez studied Human, Social, and Political Sciences and took part in the Cambridge African Caribbean Society's 'Black Men of Cambridge University' photographic campaign in 2017. A photo of the 2015 cohort went viral, opening up a debate about the importance of representation in inspiring young people to consider applying to the University.

British grime artist Stormzy has established ‘The Stormzy Scholarship’, a new studentship scheme under which four black Cambridge students will be provided with financial support during their degree courses.

Stormzy appears in a photo in Cambridge’s Senate House, where graduation ceremonies are held, with members of the University’s African Caribbean Society. Image: Nick Saffell. 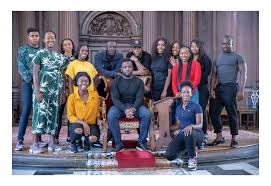 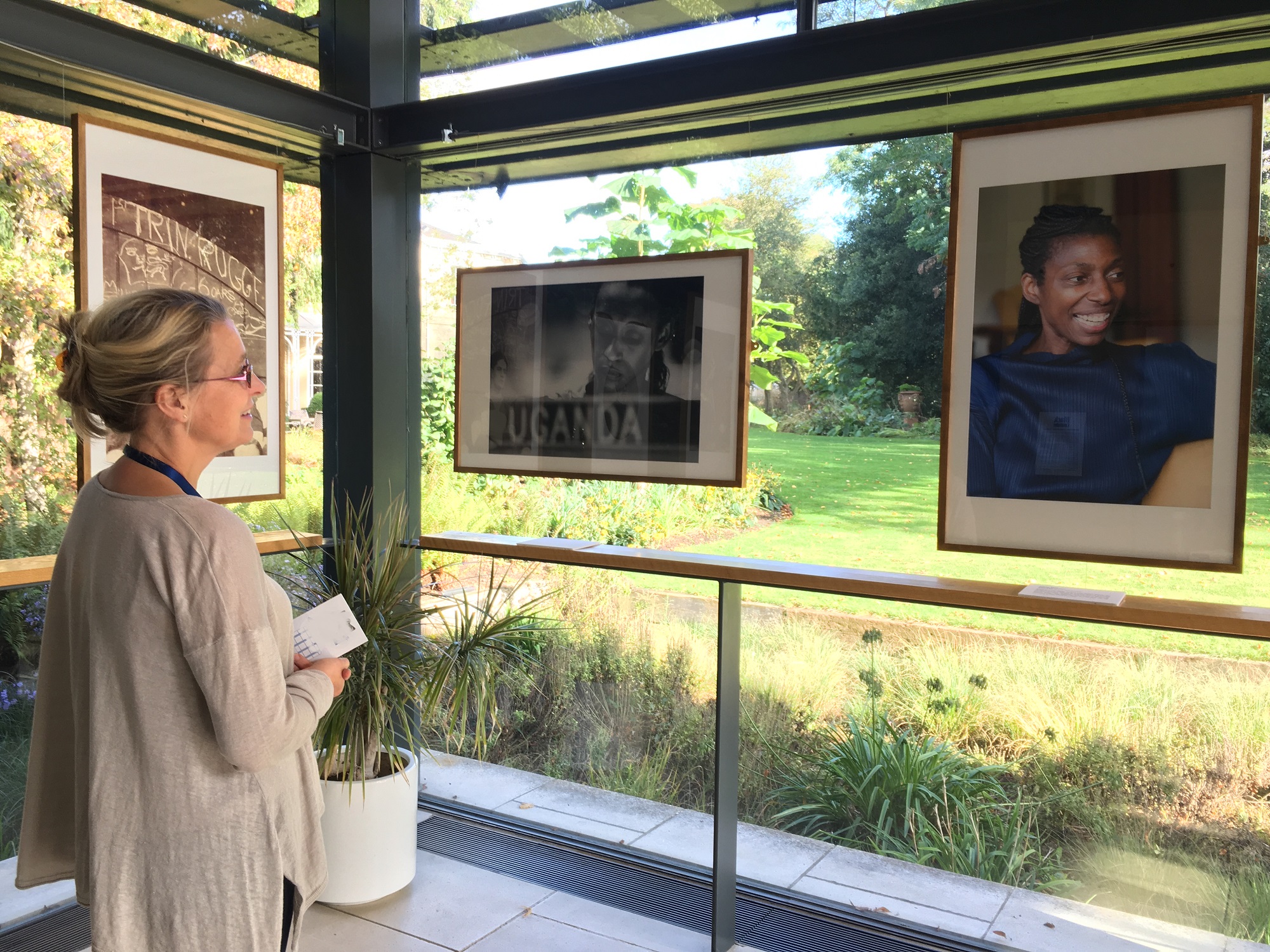