From the Himalayas to the Fens – the Foundation lecture

Professor Bhaskar Vira, Fitzwilliam College Fellow, Graduate Tutor and Director of Studies in Geography, gave the 2019 Foundation Lecture ‘From the Himalayas to the Fens: Towards a Political Economy of Environment and Development’ to a packed audience on Thursday evening.

The Professor of Political Economy, Head of the Department of Geography, and Founding Director of the University of Cambridge Conservation Research Institute shared his thoughts about the difficult choices and trade-offs associated with balancing the needs of humans and nature, and working towards a sustainable future for people and the planet. 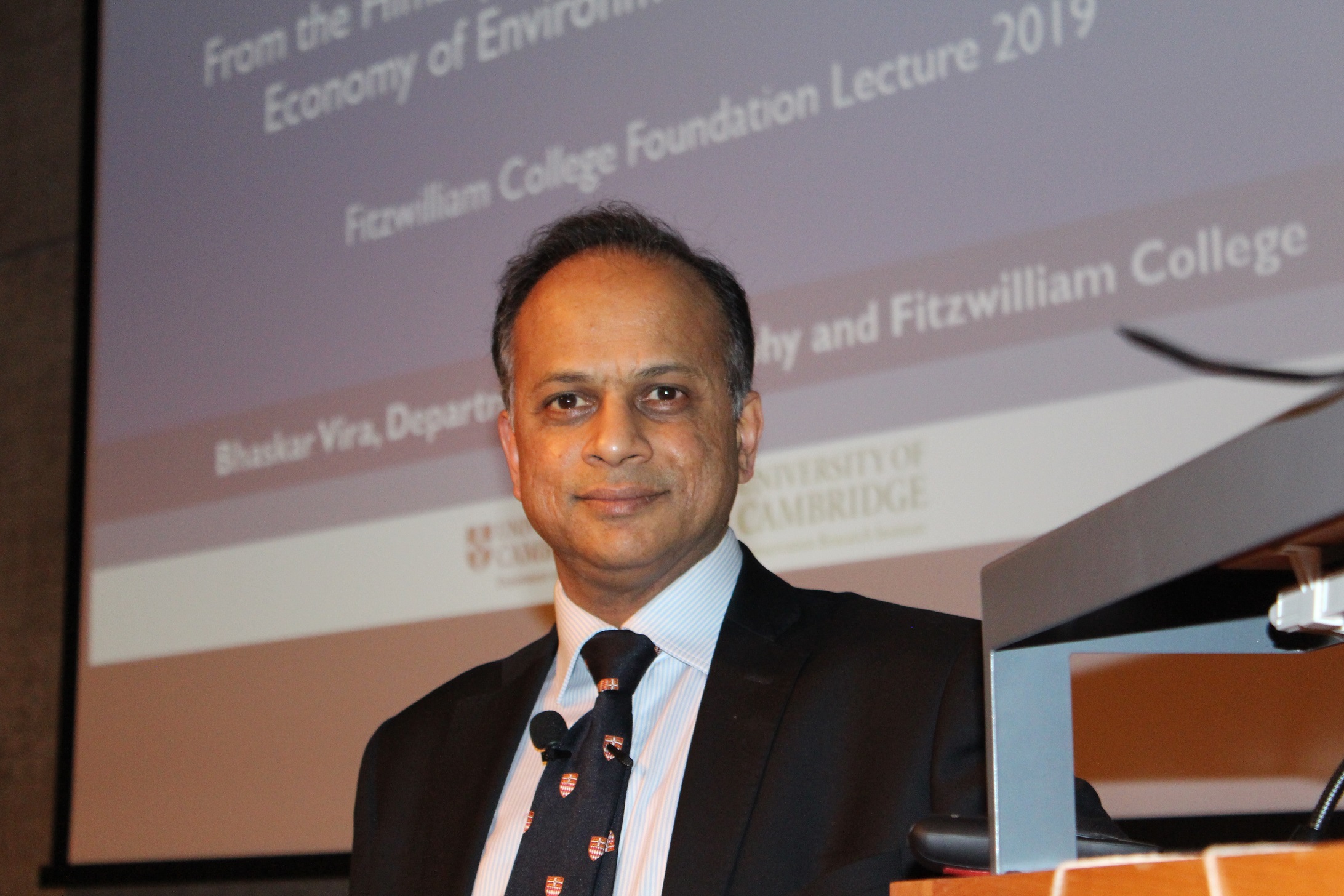 Bhaskar looked at how natural resources were historically managed, including forests and water in the Himalayas and India. He considered the idea of conflict and co-existence and asked whether there was the space for people to thrive and for nature to survive in the modern day, from the mountains of the Himalayas, to the fenlands of East Anglia. His talk addressed important questions about how the values of nature can be better reflected in the choices and decisions that societies make, and can include important considerations of rights, equity and justice.

Trained as an economist, Bhaskar’s work brings a critical political economy perspective to contemporary debates about the future prosperity of people and the planet. He seeks to improve the treatment of biodiversity in natural capital, and to better reflect nature in the assessment and measurement of poverty and wellbeing at national and regional scales.

Bhaskar has played important roles in science-policy processes linked with ecosystem services and natural capital, including the Millennium Ecosystem Assessment, the UK National Ecosystem Assessment and the Royal Society Working Group on Human Resilience to Climate Change and Disasters. He Chaired the Global Forest Expert Panel on Forests and Food, and was a member of the recent Global Forest Expert Panel on Forests and Water. 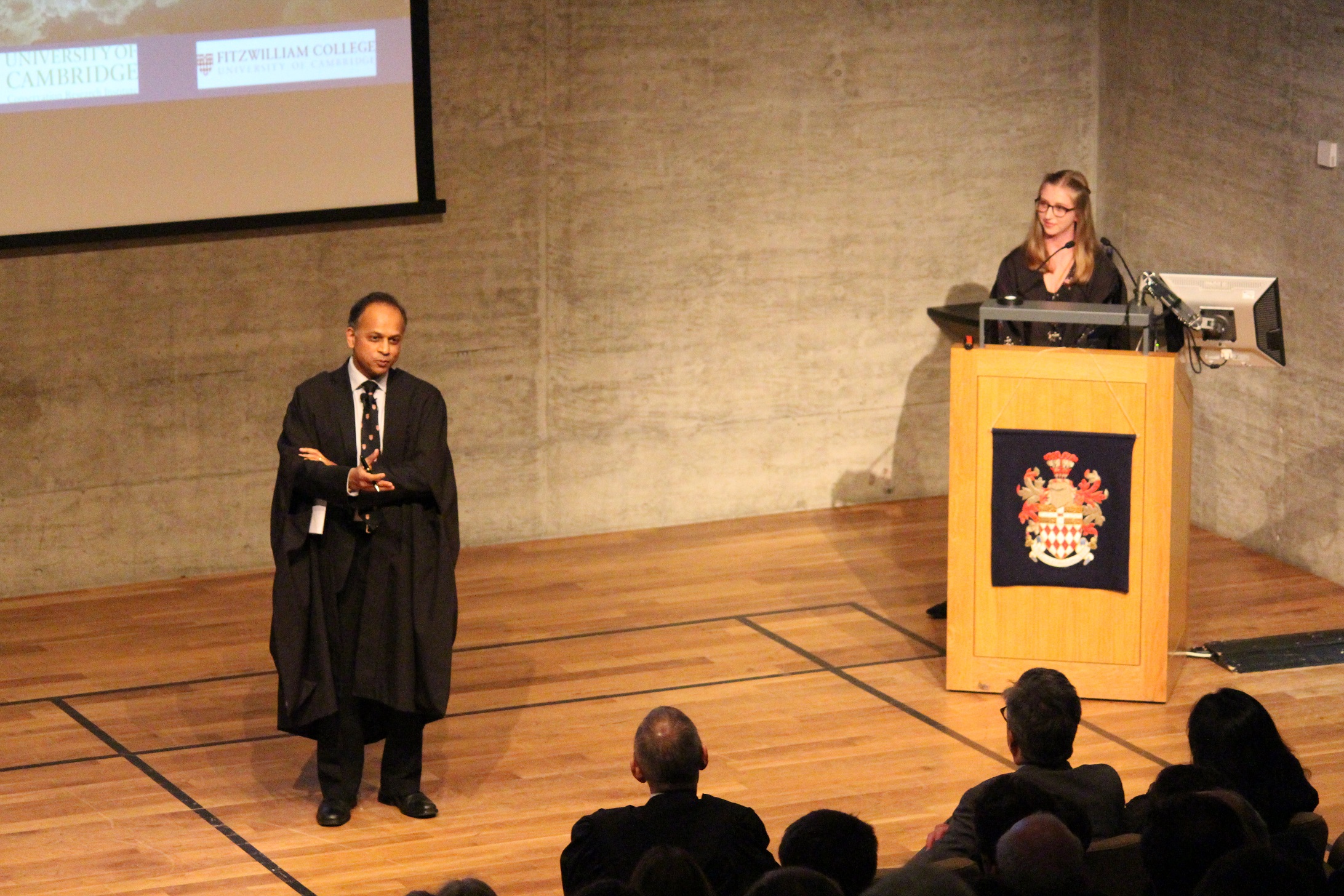 In 2018, he was honoured with the Royal Geographical Society’s Busk Medal, in recognition of his contributions to interdisciplinary research on environment and development.

Apart from his published academic work, Bhaskar is committed to public engagement. His work, Pani, Pahar: Waters of the Himalayas was featured as a photo essay in The Guardian, and draws attention to the important need to protect and invest in critical water zones that are imperative to address the growing water needs of people who live in and around the Himalayan region.

Read about studying Geography at Fitzwilliam 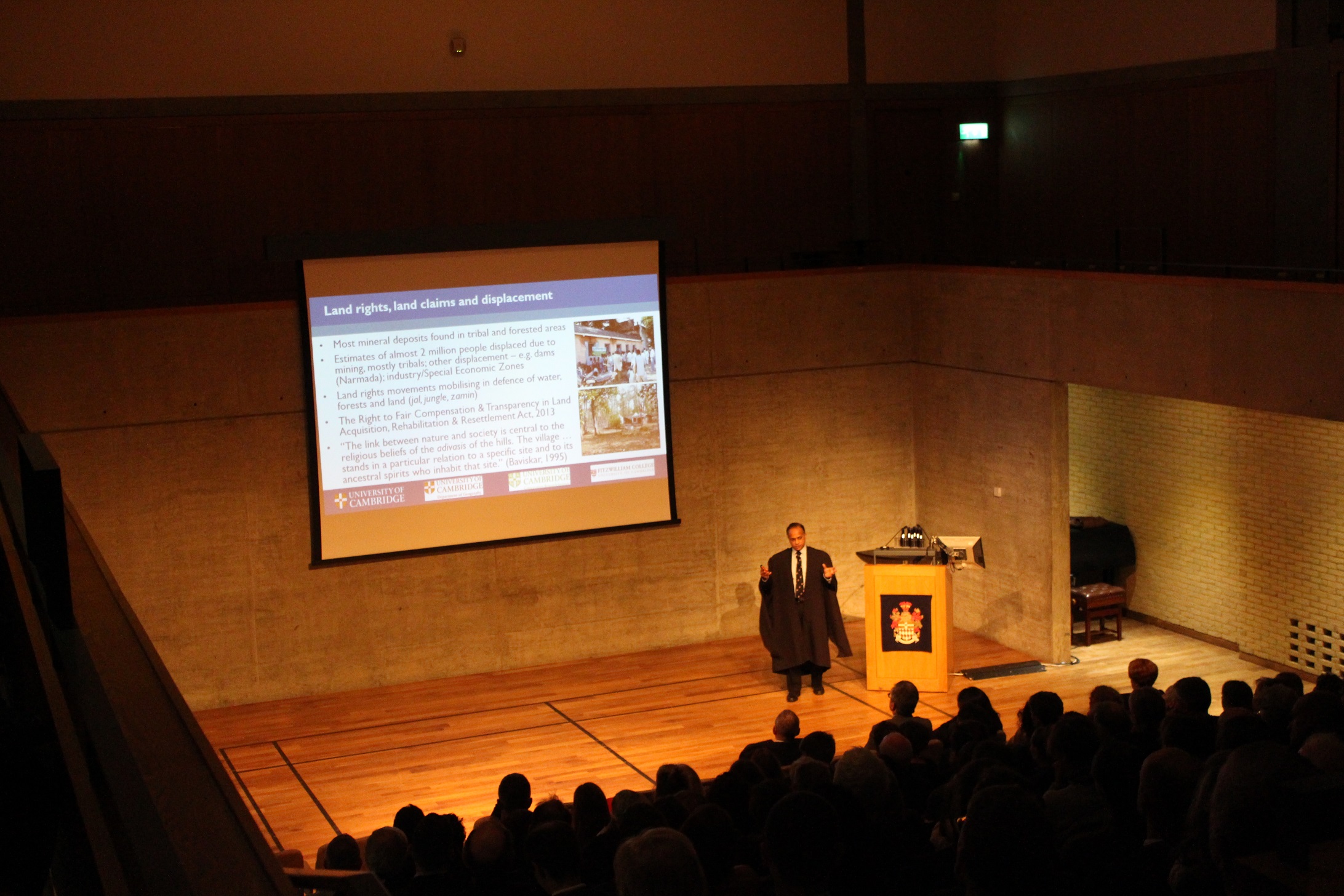 The Fitzwilliam Foundation Lecture was first given 50 years ago to mark the centenary of the College’s foundation in 1869, and has since become College's major annual public lecture. The lecturers have often been distinguished alumni, Fellows, or former Fellows of the College. The first lecture ‘Antibiotics and Therapy in Perspective’ was delivered by Nobel Laureate and Honorary Fellow Ernest Chain, one of the discoverers of penicillin. Subsequent lecturers have included Lee Kuan Yew (Law 1947), first Prime Minister of Singapore (‘East and West: the twain have met’, 1971); César Milstein (PhD Biochemistry 1961), Nobel Laureate 1984, (‘Monoclonal Antibodies: a Windfall of Basic Research’, 1982); and Dr David Starkey (History 1964), Honorary Fellow (‘The Modern Monarchy: Rituals of Privacy and Their Subversion’ 2002).

Fellow(s) in this article
Professor Bhaskar Vira
Other News