Katharine Parton, Director of Music, has co-ordinated a series of musical and literary events in celebration of former Honorary Fellow Yehudi Menuhin's centenary.

Fitzwilliam College began its celebrations on Tuesday 23 February with a discussion and presentation on his life and career, with Humphrey Burton CBE, Honorary Fellow, one of the College’s most distinguished alumni and Menuhin’s official biographer. The evening included a recital of Bach's Partita in E Major by talented Fitzwilliam violinist Hannah Roper.

Humphrey Burton discussed Menuhin’s life, drawing on his personal archive as well as material from his biography Menuhin: A Life, (first published in 2000 and republished by Faber this year to mark the centenary), and his 20-part Classic FM series Yehudi Menuhin: The Master Musician, which is being broadcast on Saturday nights at 9pm (from 9 January 2016). 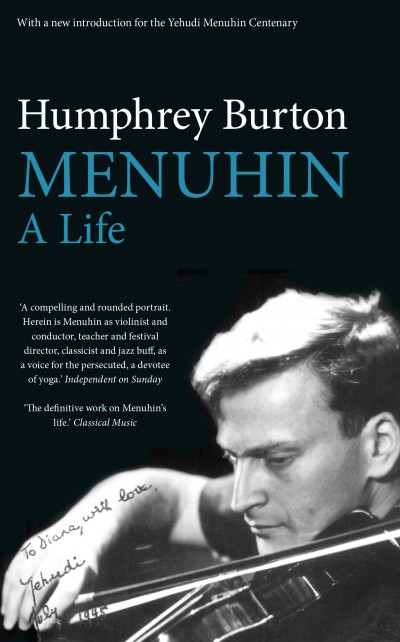 Yehudi Menuhin was born in New York of Russian Jewish immigrants. Prodigiously gifted, the 'Miracle Boy' gave his first solo recital aged eight and within five years was world-famous. Menuhin was a visionary individualist, who didn’t mind shocking the establishment’. His post-war support for the conductor Wilhelm Furtwängler, and his determination to build bridges with the defeated German nation, brought him into sharp conflict with the Jewish establishment and displaced persons in Berlin. Later he spoke out against apartheid in South Africa and denounced the Soviet Union’s oppressive policy towards writers and dissidents. A devotee of yoga, his enthusiasm for Indian music led him to a fruitful partnership with Ravi Shankar: another treasured duo was with the jazz violinist Stéphane Grappelli.

Humphrey Burton CBE joined Fitzwilliam College in 1951 to read Music, entered the BBC as a sound studio manager in 1955 and then joined the ground-breaking TV arts magazine, 'Monitor'. He has won many international awards, including three from the British Academy, four Emmies and the Italia Prize (for The Making of West Side Story). He is best known as the original presenter of the BBC’s Young Musician series. In a long career he has been involved in many other aspects of musical life, directing and hosting televised operas and concerts, running busy creative departments in ITV and BBC, working in many of the world’s leading musical venues, lecturing on cruises, and broadcasting with Radio 3 and Classic FM. 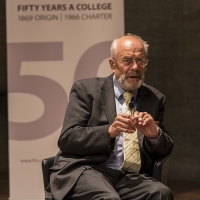