Fitzwilliam’s netball team have added to the College’s sporting success in 2019-20 and are setting their sights set on further glory.

Captain Clare Pearson told fitz.cam.ac.uk: “Everyone’s going to be so proud of Fitz sport this year – it’s so nice. I feel like we’re all encouraging each other, because when the boys do well, it makes you want to do well.

“In as long as anyone at the College can currently remember, winning the league hasn’t happened. Three years ago we were in Division Three.”

Clare, a third year Medicine student, missed last weekend’s decider with Queens’, playing and winning in the Varsity netball win at Oxford instead, but paid tribute to the collective talent in the squad. 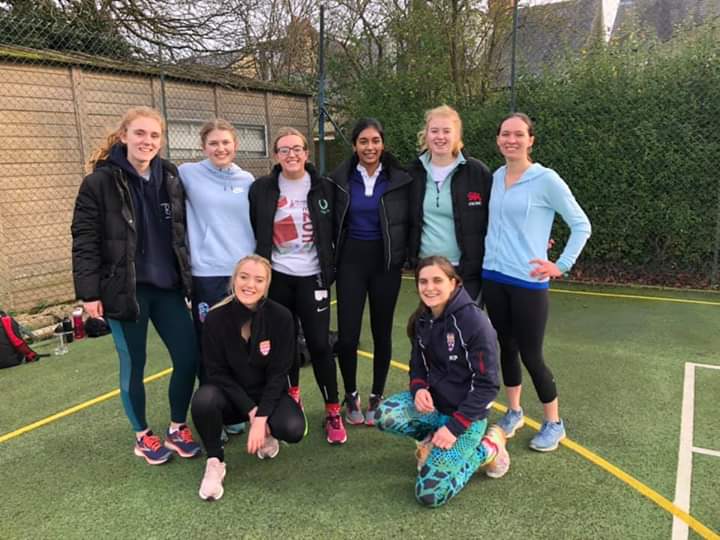 Clare added: “It’s a really inclusive team – you don’t have to be of a certain standard to play. Everyone will get on court if they want to.

“This year it turns out we’ve been really strong, and we’ve got people from all the years, first year to sixth year. It makes it really friendly.”

Cuppers takes place across one day on Sunday 8 March, with group games at Barton Road and the knockout stages at Downing College.

Clare, who plays goal defence, said: “I’m hopeful we’re going to do really well in Cuppers. I’m confident we’ll get to quarters, and then it depends on how well we play on the day.

“Last year we got to the quarters, the year before the semis – it would be great to get to the final this year.”

The Division One win was celebrated on Facebook with a mocked up photo of England’s Commonwealth Games-winning netball team – faces of the Fitzwilliam players were placed over the image – which amused Clare. 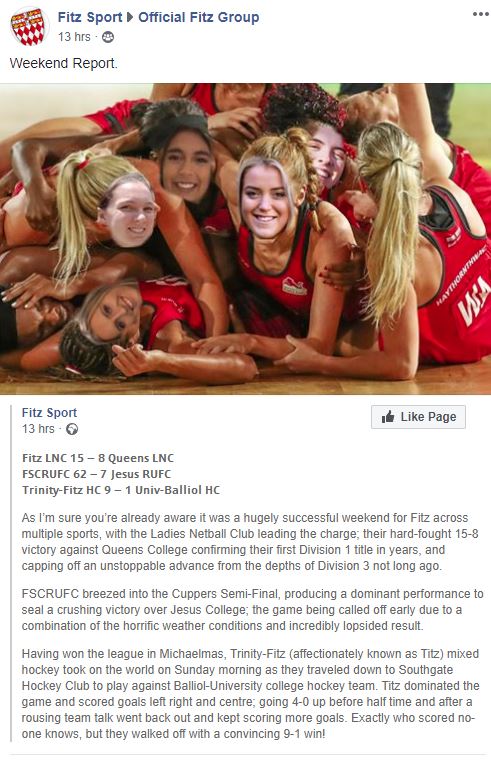 “The England netball team has done so well over the last two years and driven up the profile of the sport,” she added.

“It’s so important and it filters down – we’re finally getting the respect we deserve. Even within College – everyone will go and watch the boys play football and rugby, slowly over time we want to drive up the appreciation people have for netball as well.”

- If any of our readers can tell us about previous Fitzwilliam College netball successes, please contact Matt McGeehan in the Development Office.