This summer he made his third trip to Uummannaq Island off the western coast – its name means heart-shaped in Greenlandic. He then flew about 50 kilometres east to Store Glacier and spent a month on the ice, living in tents with other PhD students and postdoctoral researchers, as well as Professor Bryn Hubbard (Glaciology 1988), a Fitzwilliam alumnus who is now at Aberystwyth University (pictured with Rob). 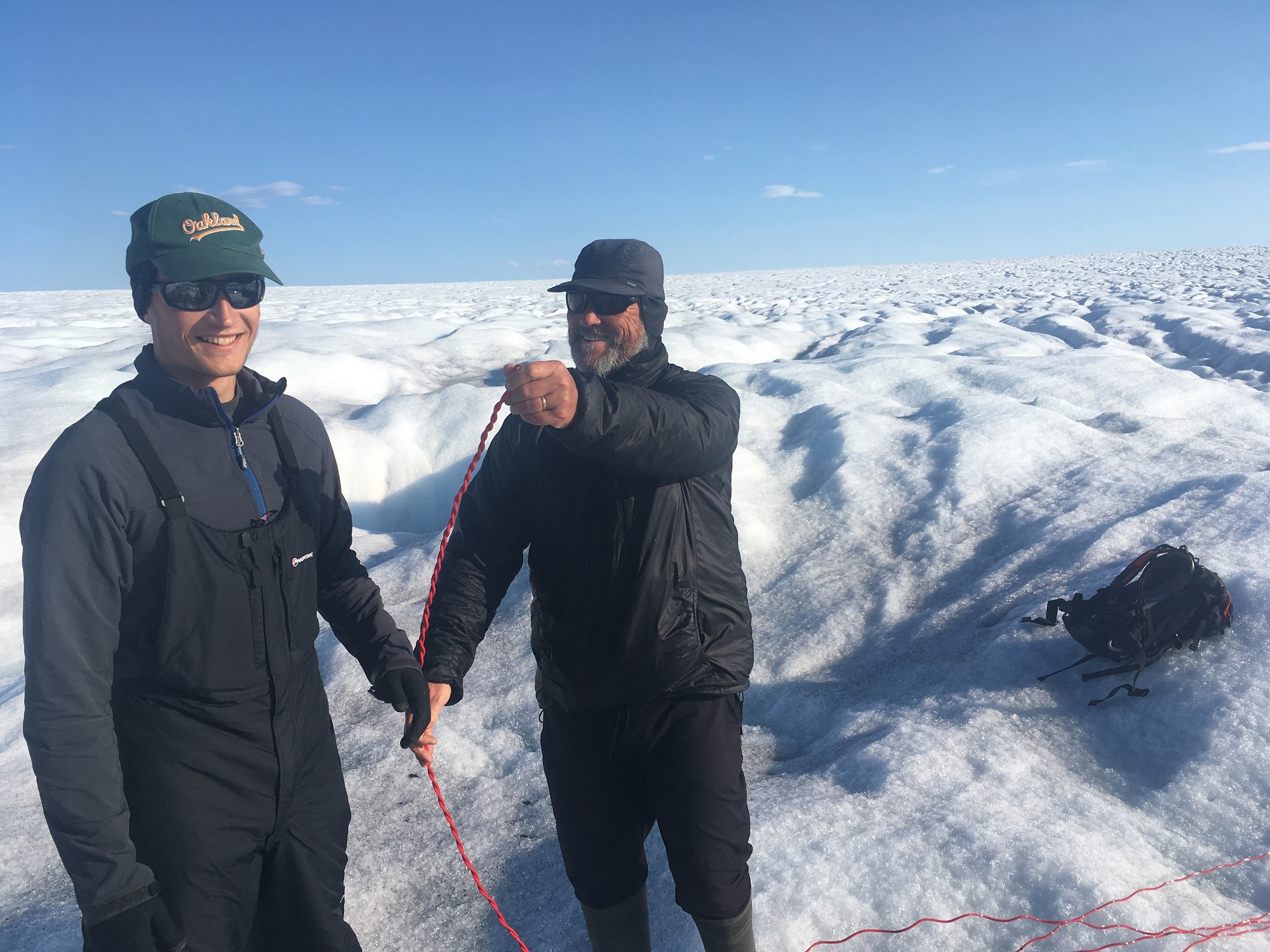 Rob, who also completed his MPhil in Geography at Fitzwilliam College, says: “The fieldwork is challenging, both physically and mentally, with a year of preparation coming down to a few hours of activity. As you’d imagine it can be very uncomfortable living conditions on the ice, with limited outside communication.

“There’s no animal life on the ice as it’s too far inland. We once saw some crows, which was very unusual!

“I received an Environmental Studies Fund travel grant from Fitzwilliam College, and having the equipment I needed thanks to that funding made a huge amount of difference on my trip. It ensured that I was as comfortable as possible, given we were living in small tents for a month.

“Rainwear for when we got two days of non-stop squalls, warm salopettes for midnight drilling shifts, and thermally insulated wellies for slush swamps were all bought with the grant and invaluable.

“At lot of what makes our fieldwork productive comes down to ‘misery mitigation’, and having this equipment did just that.” 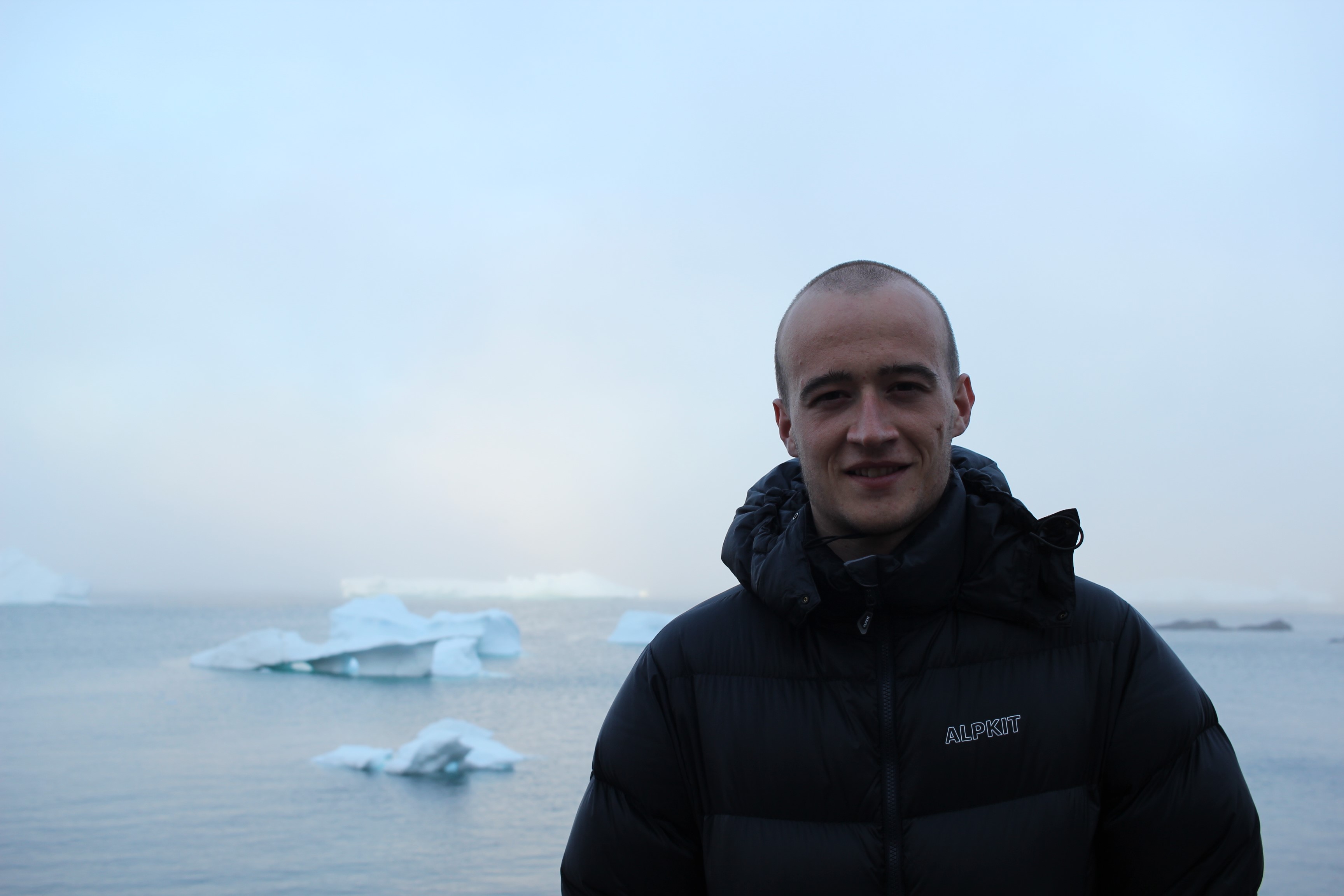 Using fibre optics coated in armour means that temperatures of ice that's up to 4 kilometres deep can now be recorded much more accurately. This method was chosen by Rob in Greenland this summer – the first time it has ever been used there.

He says: “Before, discrete temperature sensors were used, attached to the end of an electrical cable, but there are issues surrounding an electrical signal that goes that far – especially if it’s under strain. Now, instead of gaining information from a maximum of 20 data points using the old technology, the fibre optics provide up to 3,000 accurate data points using light wavelengths from a pulse laser.”

Rob says that the data collected will significantly extend our understanding of how and why fast ice flows at the speed it does. He found a layer of ‘warm’ ice nearly 100 metres thick at the base of a glacier and was able to pinpoint the exact nature of its transition to much colder ice seen above this point.

“The ‘warm’ ice is up to 10 times less viscous than the cold ice and there are clear ramifications for ice deformation and flow. Analysing this data will make up the remaining two-and-a-half years of my PhD,” explains Rob. 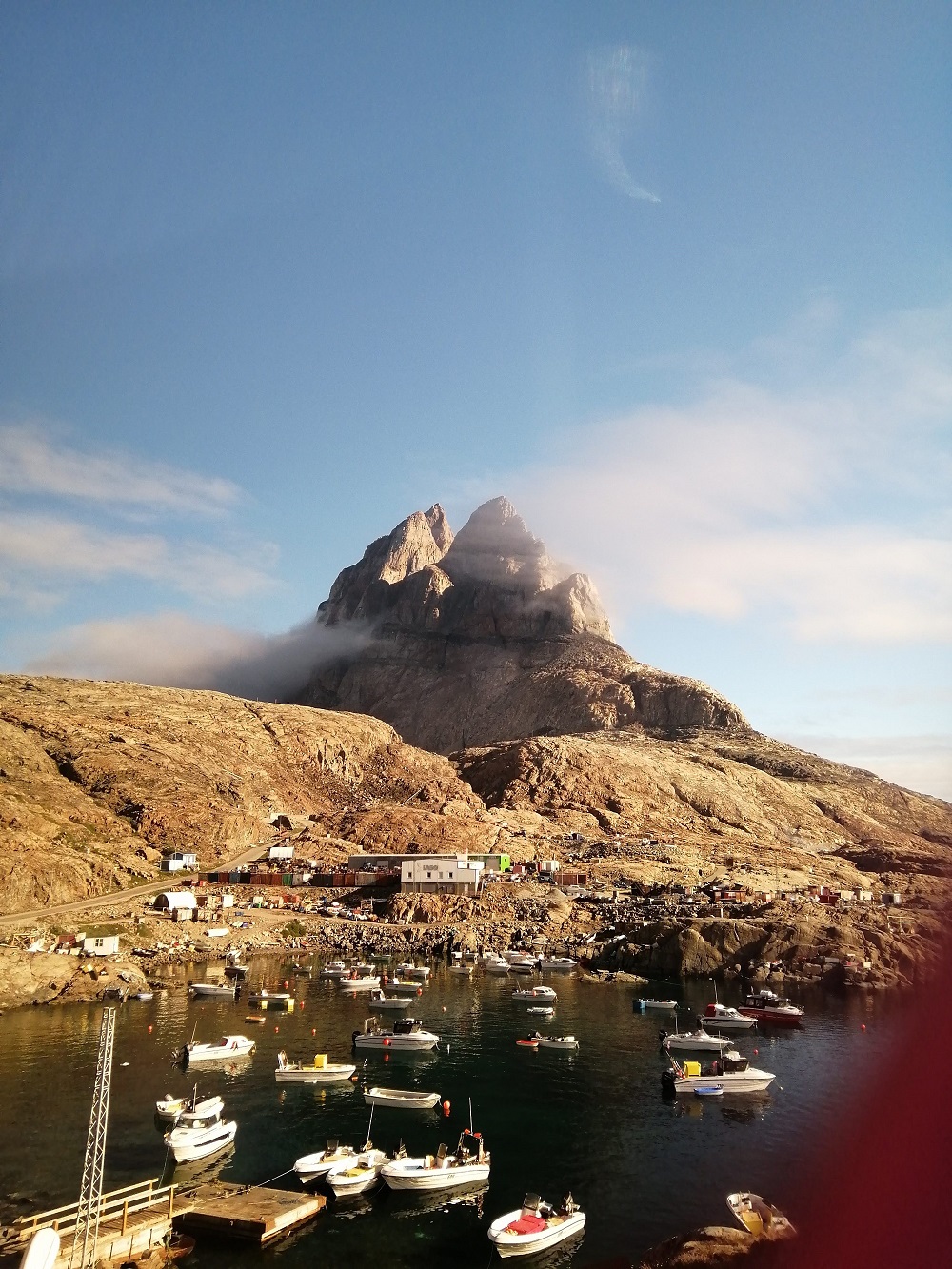