Some 38 Fitz students – the entire cast and crew – were involved in the opera, which was produced and conducted by Director of Music Catherine Groom and drew over 200 guests.

Pulling together a whole opera – from principals, to orchestra, to the tech team – is a huge but rewarding endeavour and, as Catherine is keen to emphasise, “we're incredibly excited to offer a completely in-house production: from choir, chorus, orchestra, techies, even the fantastic skills of our gardening team!”

“It's fabulous to see the commitment from the students in their practice. Pierre Riley is an extraordinary répétiteur (the fancy term for a skilled accompanist / coach in an opera or ballet ensemble), and we have a brilliant orchestra: violins, viola, cello, double-bass, piano, flute, oboe, clarinet, bassoon and horn. The principals have had their scores for a long time, but production is undertaken at break-neck speed, in a three-week timeframe, over the Easter vacation. It does feel very fast – with many hours of face-to-face time, seven days a week for a month. I love it.”

Literally translated as “They All Do It”, Così fan tutte is a musically sophisticated comedic farce. As Catherine explains, “It’s a ludicrous tangle of relationships and mistaken identity. There's an elderly fop called Don Alfonso who has two young boyfriends, Ferrando and Guglielmo, who in turn have two girlfriends, Dorabella and Fiordiligi. He insists their girlfriends will not be faithful to them, they disagree, and so he causes them to pretend to go off to war, return in bad disguises, and seduce each other's girlfriends, aided and abetted by a cheeky chambermaid called Despina. And I'm sorry to say it works! The girls fall hook line and sinker for the disguised men within about three minutes. But it is very entertaining…”

“I was originally cast in this play Dorabella, which is a lot more romantic," she said. "But Despina is more mischievous; I'm out for myself. I get paid to be a menace, I'm in on the bet, and keep on working on the girls to ensure they fall for it.”

In order to ensure the seductions work, Despina encourages the sisters in mouth-to-mouth resuscitation of the two soldiers-in-disguise.

“I also turn up as Despina disguised as a doctor, as a lawyer, in really awful costumes. When the boys pretend to swallow poison, I tell the girls the only solution is to hug them really close. Morals are not my character’s strong point – I’m money-motivated.”

If it all sounds a bit of a farce…it is! And Così is a brilliant introduction to opera, if it’s your first experience, as Aisha explains:

“We’re performing it in English, which makes it more accessible. I’ve always sung since school plays, and opera, but Cambridge has been more musicals. But opera is more story-led and focused on the voice, makes things simpler. My ribs are hurting from singing aria, but it feels nice to be back in the chapel singing after all the enforced separation of the pandemic. I live out of College now – and it’s been a great way of getting involved.”

Joe Folley (MPhil in Philosophy) plays Guglielmo, one of the two male lovers of Dorobella and Fiordiligi. For him, singing in Così fan tutte has been a real education:

“I started singing classically when I came here in 2018, and I was in the Marriage of Figaro in 2019 too. This opera is more comedically interesting. Like a Shakespeare play, everyone has their own story going on – there’s no central couple. It’s really good fun. I’m a big fan of translation making things more accessible and this is a great, funny translation – the audience gets the jokes. It’s nice to put something on in College which is well known. We’re hoping there’s a big contingent of people from College to come along.” 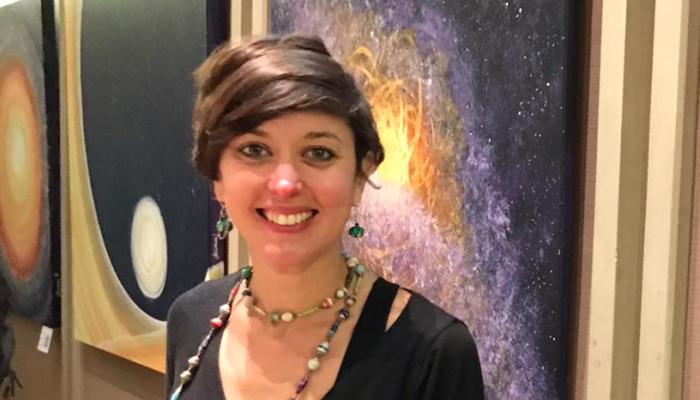