Professor Sir Angus Deaton returned to Fitzwilliam this week for a dinner to celebrate his honorary degree from the University of Cambridge.

The 73-year-old Edinburgh-born scholar holds dual British and American citizenship and read Economics at Fitzwilliam College from 1964, achieving his doctorate in 1975.

He was a Fellow of the College from 1972 to 1976 and was awarded the Nobel Prize in Economics in 2015, becoming Fitzwilliam’s sixth Nobel Prize winner.

Sir Angus was the guest of honour at a dinner at Fitzwilliam on Tuesday evening, before receiving his honorary degree at Senate House on Wednesday afternoon.

“My Cambridge career was not a stellar success, so it’s very nice to come back for this very wonderful recognition,” Sir Angus said.

Sir Angus spoke to a capacity audience of 55 Fellows, students and guests in the Gordon Cameron Lecture Theatre, before attending a celebratory dinner in the Central Hall.

He reflected on his time at Fitzwilliam, saying: “I don’t think I had a very distinguished academic career as an undergraduate. I was a little lost.

“I decided that I didn’t really want to do maths anymore, but it took me into my third year to discover that.

“I switched to economics in my third year. I had a subject I was really enjoying, economics, and a lot of friends interested in literature and stuff I was interested in too.

"The intellectual experience I hadn’t really had here fell into place at last.

“I just loved being able to write about really interesting things.” 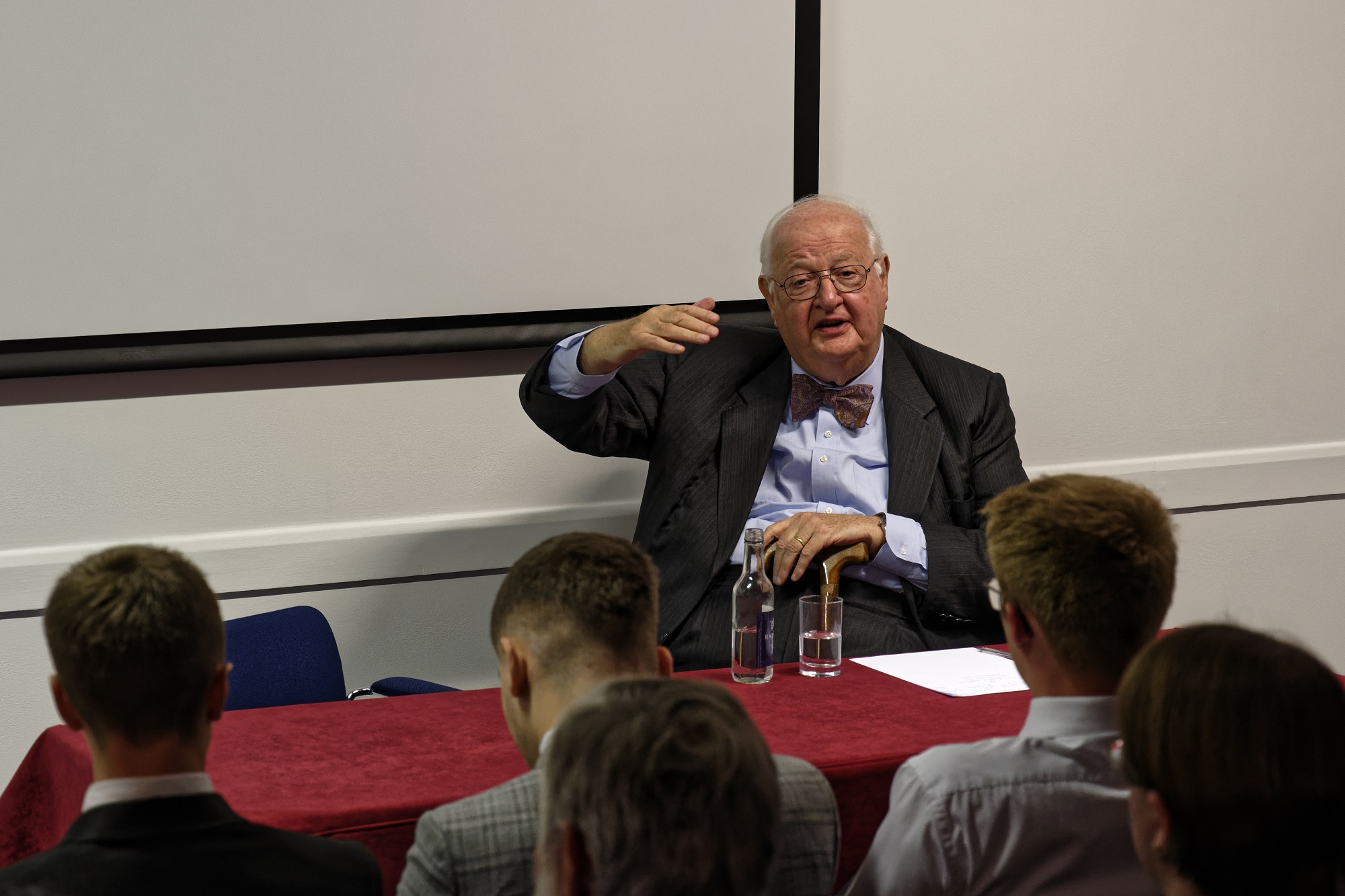 He is a Senior Scholar and the Dwight D. Eisenhower Professor of Economics and International Affairs Emeritus at the Woodrow Wilson School of Public and

International Affairs and the Economics Department at Princeton University.

He is also a Presidential Professor of Economics at the University of Southern California and his main current research areas are poverty, inequality, health, wellbeing, economic development. Read more about Sir Angus on nobelprize.org.

It was announced in May that Sir Angus would be leading a five-year review into inequality in the United Kingdom in the 21st century.

The Institute for Fiscal Studies thinktank-commissioned review is designed to understand how inequalities arise, which ones matter, why they matter, and how they should be addressed.

Sir Angus has pushed for the review to be about more than just income inequality and is not too concerned about the possibility of it being so broad that it is unwieldy.

“That’s always a danger, but I’m more worried about the other side. I’ve been pushing pretty hard to admit these broader areas,” Sir Angus added.

“When economists think about inequality they think about the distribution of income and immediately start talking about Gini coefficients and things like that.

“I’m not sure that’s the sort of inequality that really bothers people. I think there are lots of other kinds of inequality, like political inequality.

“I’m very open-minded about what will be in it. It’s my job to write about it, to think about new ways of talking about it and illustrating it.”