Fitzwilliam College and Quantedge Foundation have announced the launch of a Masters scholarship available to students from disadvantaged backgrounds in Singapore. Created in tribute to Lee Kuan Yew's commitment to education as a key driver of socio-economic progress in Singapore, the new Quantedge - Lee Kuan Yew Masters Scholarship helps to ensure that higher education in a top global university is within the reach of academically deserving Singaporean students from less privileged backgrounds.

Applications are now open for admissions in the Academic Year 2021/2022 for the bond-free scholarship, which offers a full funding package that covers university tuition fees and living costs for students for a one-year Masters programme in Fitzwilliam College. This is the second of such Masters scholarships supported by Quantedge Foundation, after the Quantedge - Cambridge Refugee Masters Scholarship at King's College announced earlier this year.

Through exposure to overseas experiences, the aim of the scholarship is to nurture globally-minded, cross-culturally competent leaders to better navigate and shape an increasingly inter-connected and complex world. The Scholarship is available for full-time, one-year Masters courses across a wide variety of disciplines, ranging from the Arts and Humanities, to Sciences and Engineering.

The scholarship will be managed by the Lee Kuan Yew Fitzwilliam Fund, which was set up in memory of the late Mr Lee, an alumnus and Honorary Fellow at Fitzwilliam College, to invest in the next generation of scholars and promote intellectual exchange between Singapore and the University of Cambridge.

Baroness Sally Morgan, Master of Fitzwilliam College, said: “Fitzwilliam College is well known for a strong commitment to academic excellence and our continued efforts for equality of opportunity, which was written into our founding principles. This generous scholarship will allow us to continue to offer an outstanding education to scholars from Singapore who come from disadvantaged backgrounds. We are proud to be able to break down financial barriers so that we are able to help young Singaporeans fulfil their ambitions.”

Quantedge Foundation is a philanthropic foundation established by the principals of Quantedge Capital. Mr Suhaimi Zainul-Abidin, CEO of Quantedge Capital and Director of Quantedge Foundation, said “Social mobility in Singapore is a key priority for our Foundation. This Masters scholarship is part of our continuing efforts to expand and equalise access to quality education.  We hope to address the barriers that talented youth from less privileged backgrounds in Singapore may face in trying to access higher education, and to empower them to realise their aspirations at top, global universities. The launch of the scholarship, which coincides with what would have been Mr Lee Kuan Yew’s 97th birthday, pays tribute to Mr Lee’s beliefs in the transformative power of education as a key driver of the sustained progress of Singapore as a nation.”

The Quantedge - Lee Kuan Yew Scholarship is part of a continuum of support offered by Quantedge Foundation to children and youths from disadvantaged backgrounds in Singapore to access education and developmental opportunities at all levels - from early childhood through to tertiary education. The Foundation is committed to contributing to a more sustainable world, in line with the United Nations 2030 Sustainable Development Goals on Quality Education and Reduced Inequalities. In particular, the Foundation supports initiatives that help ensure the accessibility of quality education for vulnerable, disadvantaged or marginalised groups. 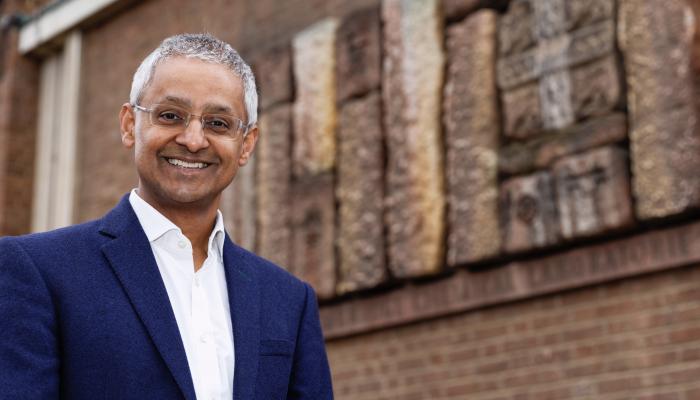 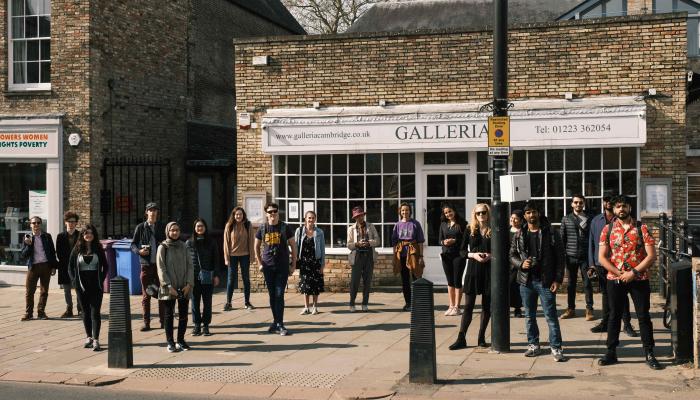 Time to get creative

Repeated lockdowns have restricted many of the social activities of Cambridge clubs and societies, and students have had to be creative! As restrictions start to lift, Fitz student Hassan Raja (History, 2018) has launched the Cambridge Photo Club, and we took the chance to follow them on a photo walk.
Read more 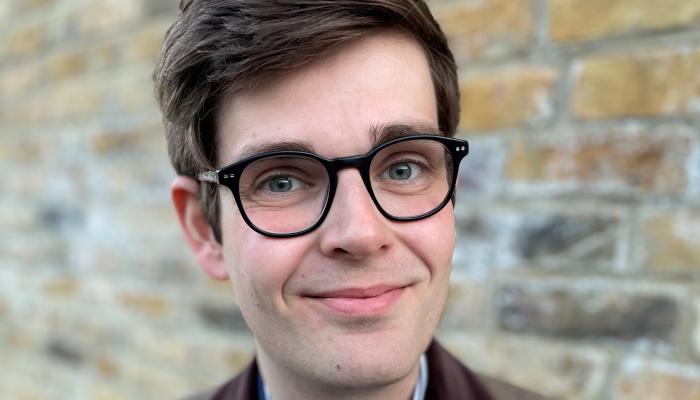 The College is pleased to announce the appointment of Peter O’Connor to the role of Development Director from June 2021. Peter will succeed Dr Nicola Jones, who moved to the recently-created post of Director of Communications and Engagement in December 2020.
Read more