Reflections of a journey from Plaistow to Cambridge

Samad Chowdhury dismisses the notion that hard work alone led to his first-class degree in Human, Social and Political Science from the University of Cambridge. He speaks of the importance of recognising luck and privilege, and lack of, when reflecting on his journey.

The Fitzwilliam alumnus is from Plaistow, east London and describes himself as a “mediocre” student until halfway through Year 11 when he had an “epiphany moment”, realising the sacrifices his parents had made to give him and his four siblings a UK education.

His GCSE results were “good, but not amazing”. But his hard work, combined with teachers who went extra miles for him, such as unpaid extra hours of teaching and weekend lessons, was reflected in his AS results which left his teachers urging him to apply to Oxbridge.

He tells fitz.cam.ac.uk: “I told my family I was thinking about applying. I didn’t tell them that I got the interview, because it would’ve created expectation and the last thing I wanted to do was to let people down.

“I took my sister with me to the interview – she was the only one who knew – and when the offer came and I told people they said ‘we didn’t even know you’d applied’.”

Samad, who attended the Lister Community School and St Angela’s & Bonaventure’s Sixth Form, says he was fortunate to get a mentor in the Foreign and Commonwealth Office – although it was Samad who initiated the contact following a school trip. He now works at the FCO as a trainee diplomat.

“While Westminster was a 30-minute commute for that school trip, it was culturally light-years away,” Samad, now aged 22, adds.

“One of the biggest misconceptions about areas like mine is the kids lack aspiration, motivation and effort. There is an implication here that their subsequent underrepresentation in the upper echelons of British society is a consequence of individual deficiency, which is obviously untrue.

“Where there is a lack of aspiration and effort, it’s as a result of a structural failure, an inequality that exists between those well off and those not. Effort, motivation and aspiration can only go so far without resources. Unfortunately, where there is a will there isn’t always a way.

“This is such a large, structural issue, which is deeply rooted into the very systems within which we live. To be fair to Cambridge, they only have so much control over that, but steps like participating in UCAS Adjustment, which has given some 67 more disadvantaged pupils a place to study at Cambridge, is significant and welcome.”

Access to leading institutions is crucial, but only the beginning, Samad says. He is indebted to the support provided by his tutor, Dr Angie Tavernor, and feels the use of the phrase “imposter syndrome” can be two-fold. For many it is deeply rooted in identity and historical marginalisation – it is not just feeling that academically they do not belong.

Samad, who grew up in an overcrowded home with his four siblings and his parents, realised he had been given an opportunity.

He adds: “I thought about my parents, who emigrated here in the early 1990s and gave up a lot of what they loved in Bangladesh, primarily to give their children better opportunities, essentially in education.

“I thought ‘am I doing that justice?’ I looked into my arsenal and I realised that the only weapon I had was education. I switched on.

“People are always a little bit uneasy when I say luck played a big part in my journey. But when you don’t have cash at home and you’re in an environment like Plaistow and Newham, it’s about survival. People get sucked into dangerous and unfortunate routes as a means to survive. In the eyes of many, I have ‘made it’, but I don’t think people quite realise how easily the scales could have tipped.

“There’s no way you can juggle four A-Levels with a 16-hour-a-week job, but it’s something some people I know needed to do to keep their family afloat.” 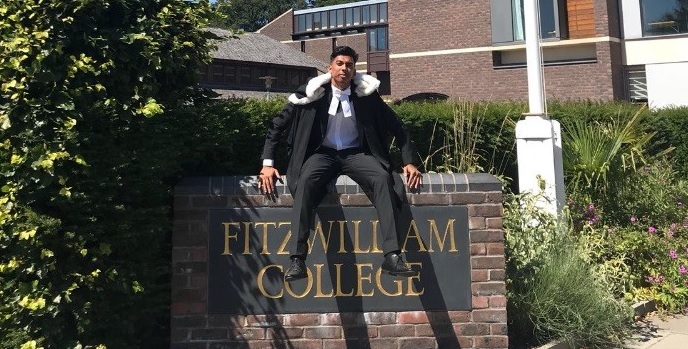 He inadvertently became interested in politics through UK rappers Lowkey and Akala in Year 9, aged 13.

He says: “At the time, I probably couldn’t have told you who the Prime Minister was. What you don’t realise is you’re memorising political messages, in the form of rap lyrics, and the more I listened to it, the more I found myself researching political issues.

“Growing up in a community like mine, politics was nerdy and accessible only to our privileged counterparts and white men in suits.

“There are very raw and negative connotations attached to UK rap, but seldom told is the role it had for someone like me. It built on my knowledge and acted as the bridge to the political world. By the time I got to Year 12, I suddenly became the politics guy of the family.”

The school trip to the FCO was also transformational. Fouzia Younis-Suleman was one of a number of diplomats who spoke with Samad, and afterwards he thanked her by email and then she became his mentor.

He adds: “She’s a British Asian, who came from a working class family in Birmingham. She looked like us, spoke like us and she’s a senior diplomat in the Foreign Office. We were all taken aback.

“Having her as my mentor meant I got social capital and had exposure to social networks that none of my other friends had access to.” 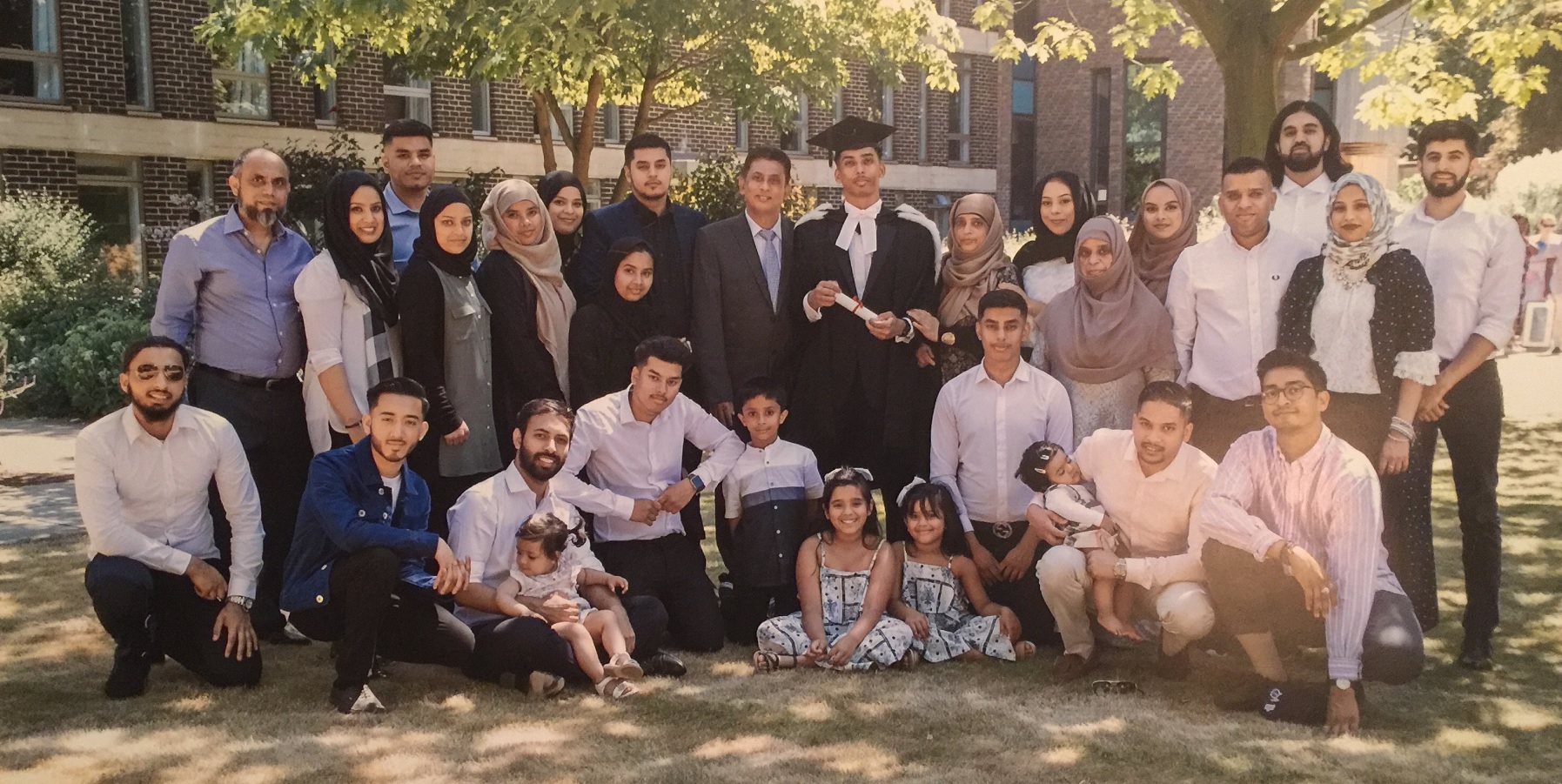 Samad felt at home at Fitzwilliam and 24 family members and five friends attended his graduation in June 2018.

“Cambridge was a culture shock, but Fitzwilliam played a massive role in easing me in,” he adds.

“Fitzwilliam is very close to my heart. My story shows what is possible when those from disadvantaged backgrounds are given resources and properly nurtured within the academic setting.”