Speeding to the top

Oliver Turvey scarcely had time to cushion the brakes when combining a University of Cambridge degree course with a burgeoning career as a motor-racing driver.

The Cumbrian focused on his studies in his fresher year, and enjoyed rowing, including in Fitzwilliam’s men’s first boat.

His motor-racing career really accelerated in his first summer break at Cambridge. Having missed the first six races of the 2006 British Formula BMW Championship, Turvey was playing catch-up.

He won his first race, at Brands Hatch, and finished with five wins from 14 races to place second in the championship and earn a nomination for the prestigious McLaren Autosport BRDC Young Driver of the Year Award.

“After I won that award, that changed quite a lot of things,” Oliver tells fitz.cam.ac.uk.

“I started racing a lot more. It became a lot more intense and difficult with the schedule.

“The hardest year was third year, which was very intense for engineering, and I was racing in British Formula Three, which is a pretty full-on programme.

“When I first saw the schedules I wasn’t sure how it was going to work. I was very focused on racing when I was racing and studying when I was studying. I didn’t have time for much else.

“There were some tough moments and all-nighters when I came back from race weekends to get the work done.”

Nevertheless, Oliver excelled, winning four races and finishing second in the 2008 championship, which featured a number of future F1 drivers.

Turvey was particularly grateful to his tutors at Fitzwilliam for understanding his hectic schedule, saying both Dr Richard Ansorge and Professor David Cardwell “helped massively”.

Since graduating in 2009, the Fitzwilliam alumnus has been a F1 test driver for McLaren, working alongside world champions Lewis Hamilton, Jenson Button and Fernando Alonso, among others. He has held the position for 10 years.

Oliver believes his engineering degree has helped to earn the trust of his McLaren colleagues, and contributed to his unusual longevity.

He adds: “McLaren were the first ones who gave me an opportunity after I left Cambridge. They saw me as quite unique, as a driver who has studied engineering. Not many drivers have studied to that level.

“They were keen for me to be involved and they’ve always trusted me and supported me for this many years.” 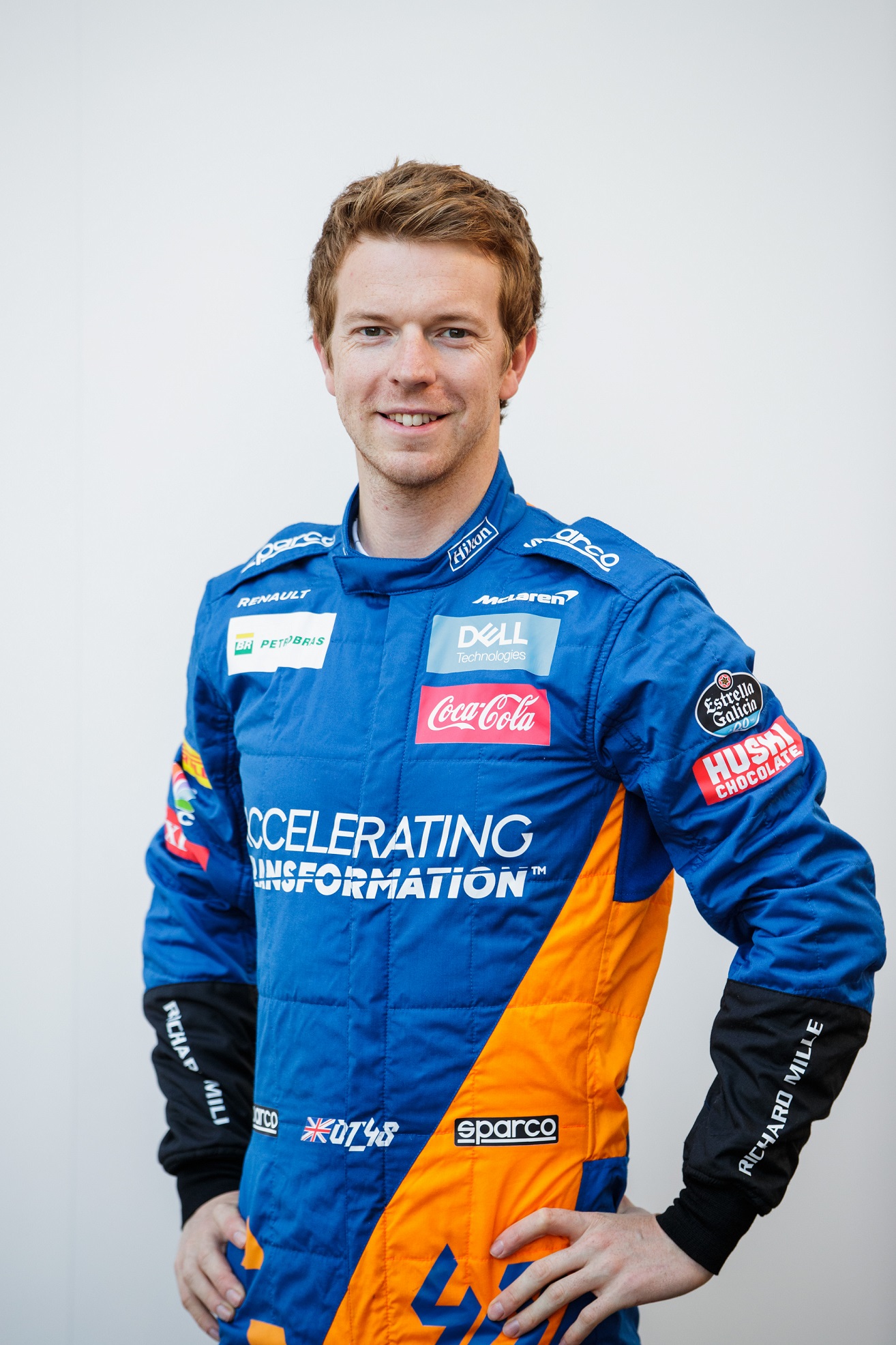 Most of Oliver’s role takes place in the simulator at McLaren’s Woking headquarters. Track testing is limited in F1 and usually reserved for the race drivers, who trust him implicitly as he provides valuable information in the lead up to races.

“You need them to believe in you as a test driver as you’re doing a lot of work for them ahead of each Grand Prix,” adds Oliver, who began karting aged eight, racing Hamilton, and followed the now six-time F1 world champion through the motor-racing pyramid.

He adds: “It was pretty amazing to work with such talented drivers. You get to compare on the simulator!

“The engineers at McLaren trust what I’m doing as we work on development for this season, next season and further ahead.”

He combines his testing with racing in Formula E, the electric-powered racing series. The sixth season begins in Saudi Arabia on Friday (22 November), with Oliver again in the NIO team.

Time management is not an issue for Oliver, though.

He says: “The experience at Cambridge is quite unique. You meet a lot of inspirational people – everyone is a hard worker and pushing each other. It’s a really positive and encouraging environment, which was massively important in helping me develop as a person.

“And I do believe it’s helped me as a racing driver. Studying engineering was beneficial for me to work as an engineer, but also as a driver it taught me a lot about ways to work with the team and with the engineers in motorsport.

“It was super tough at the time, but it was a really positive experience. To have been able to study engineering at Cambridge and keep racing all this time, and become a professional driver racing in a world championship is something I’m very proud of.”

Combining motor-racing with education was always Oliver’s goal, since growing up in Penrith, Cumbria – a Fitzwilliam link area.

Fitzwilliam was the first Cambridge college Oliver visited, after being inspired to strive for the University by Professor Tony Purnell, a former F1 team principal and now head of technical development at British Cycling.

The combination of his degree and his motor-racing experience means Oliver could have a long career in motorsport, once he vacates the driver’s seat.

He adds: “I hope to be racing for a few more years, but I’m in a position where having the engineering degree from Cambridge has allowed me to think of future possibilities, maybe to work within a team in Formula One or Formula E would be something I’d consider.”

*All images courtesy of Oliver Turvey

Fellow(s) in this article
Professor David Cardwell
Other News