Fitzwilliam’s undergraduate students on Wednesday buried a time capsule as part of the 150th anniversary celebrations.

Letters by the Master, Professor Nicola Padfield, and students were placed in the time capsule, detailing what Fitzwilliam is like in 2019.

Also included were photographs, from past and present students, memorabilia including a Fitzwilliam tie, Fitzwilliam football shirt and a small Billy Goat toy, some Fitzwilliam postcards – and a bottle of Fitzwilliam wine.

Poppy took the lead on the project and urged everyone to contribute to filling in the hole, saying: “It’s representative of the whole Fitz community and all that has come before and all that will come after it as well.”

The plan is for the time capsule to be dug up in 50 years’ time, in 2069, on our 200th anniversary. Whether the wine is still drinkable by then remains to be seen!

A selection of memories collected from alumni were included, including from Ron Clarke (English 1954).

Ron, who is 86, said: “That's quite an honour to know a bit of my memory is to be buried alive.

“Doubt if many of us will still be around when the capsule's dug up, but you never know.”

Bob Rotheram (Natural Sciences 1965) said: “I'll get to work on ensuring at least one of my great-great grandchildren is at Fitz when the capsule is dug up in 2069!!”

David Willatts (Natural Sciences 1961) added: “I will do my best to attend the 200th anniversary.” 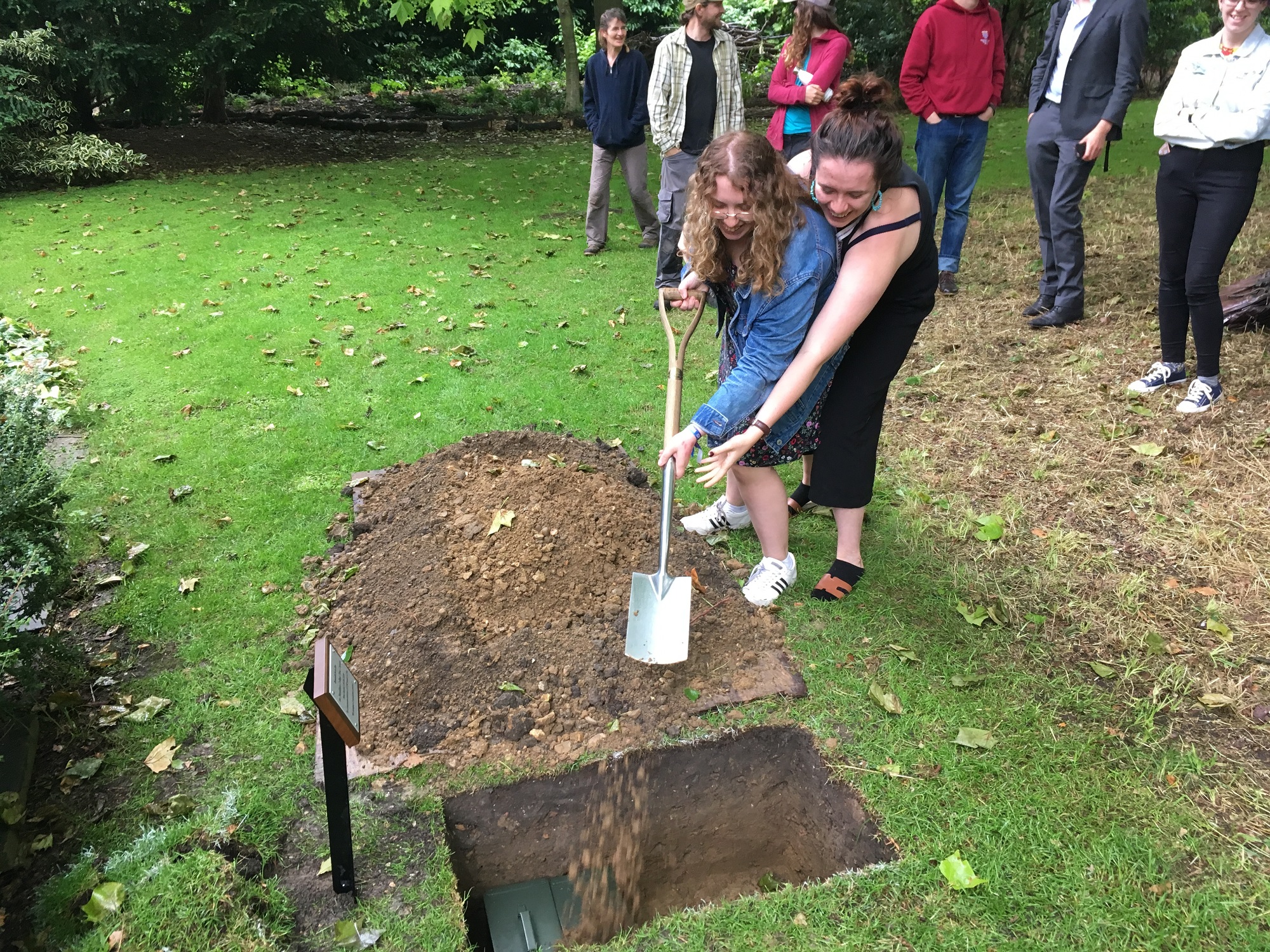