A notable absentee has been replaced in Fellows’ Court, after the Master, Professor Nicola Padfield QC (Hon), planted a new tree on Saturday.

The Caucasian Elm, which was removed in summer 2018, has been succeeded by a tree called the Pride of India, following the planting during the 85th Reunion Weekend.

Fitzwilliam Head Gardener Steve Kidger has provided a history of the felled tree, and details of the new tree. 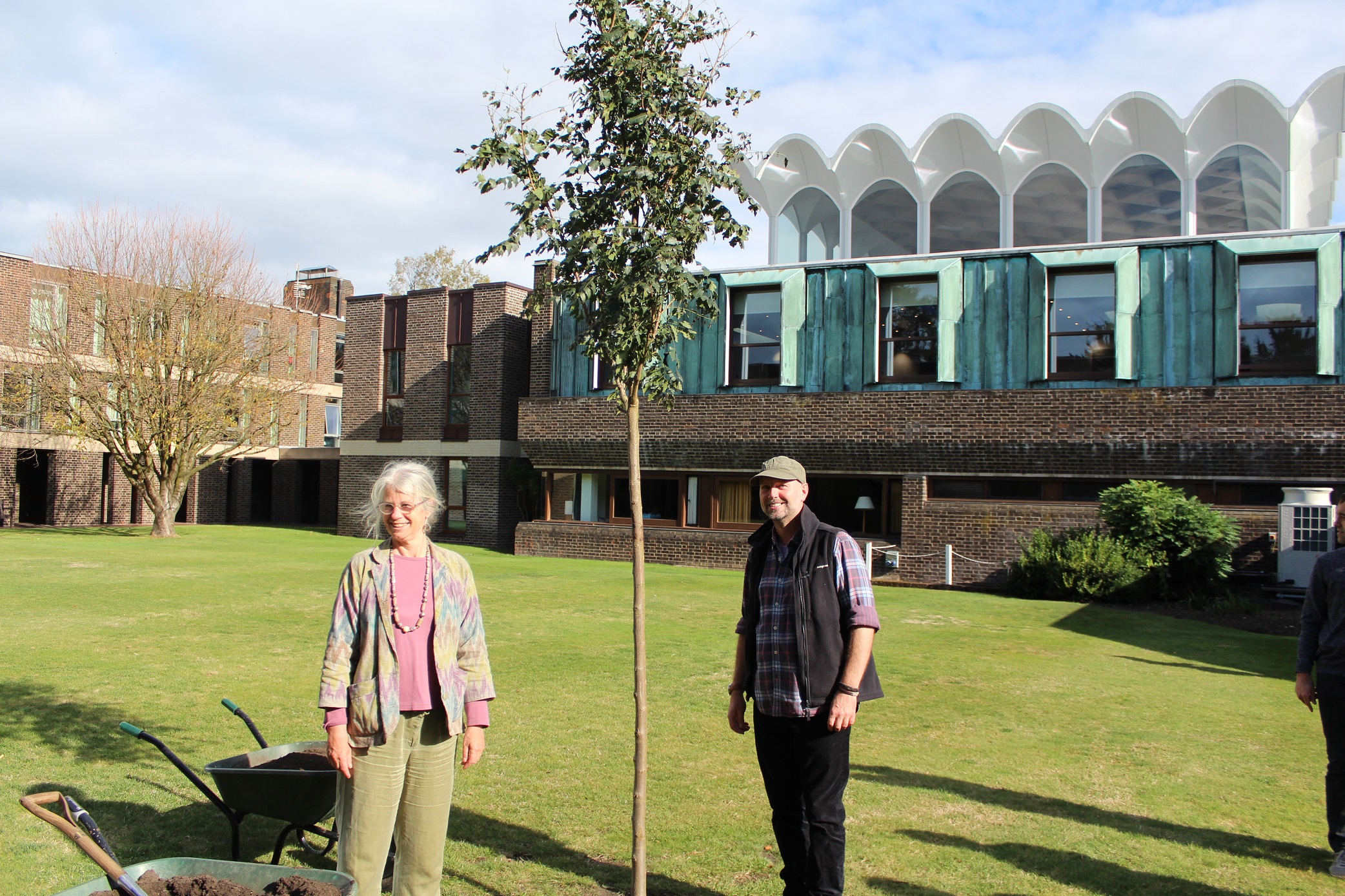 Steve explains: “The tree that that lost a major limb last summer, due to a structural weakness exacerbated by a severe vortex (wind swirling in Fellows’ Court) during a thunderstorm that signalled the end of the 2018 heatwave, was a Caucasian Elm (Zelkova carpinifolia).

“Records indicate that tree selection and planting advice was sought by Dr (Harry) Hudson in 1966 from the University Botanic Garden.

“On the recommendation of the then Superintendent of the Botanic Garden, Mr R W Younger, the purchase was made by Fitzwilliam Bursar, Ray Kelly, of a number of trees including the now vanished Elm and many others that continue to grow happily in College mostly along our Huntingdon Road frontage.

“The trees arrived from three nurseries, predominantly Notcutts, but also Hilliers and Scotsdales.

“Planting was expedited during the Autumn/Winter of 1967, with the Superintendent commenting on the 'unfriendliness of the soil' - he wasn't wrong!

“The Zelkova lasted 51 years before succumbing, so the College has had a decent return on its investment.

“The size of its crown and root spread indicate it was happy in its chosen position and was a good choice for that time.

“However, tree selection in the 21st century requires that we give consideration to rapid changes occurring in our climate and that its successor is well adapted to cope with the extreme seasonal variations now being experienced, for example extended periods of drought; record summer temperatures; deluges of rainfall; Beasts from the East and so on.

“The successor tree is a Koelreuteria paniculata (Pride of India), a misnomer as it is actually native of the Far East not the Subcontinent.

“Its features include reddish brown bark, pinnate foliage and late summer panicles of yellow flowers that ripen into bladder like fruits, all followed by good autumn leaf colour.”

Watch the video of the planting.

- A reminder of the Elm is available courtesy of Graduate Officer Sue Free. 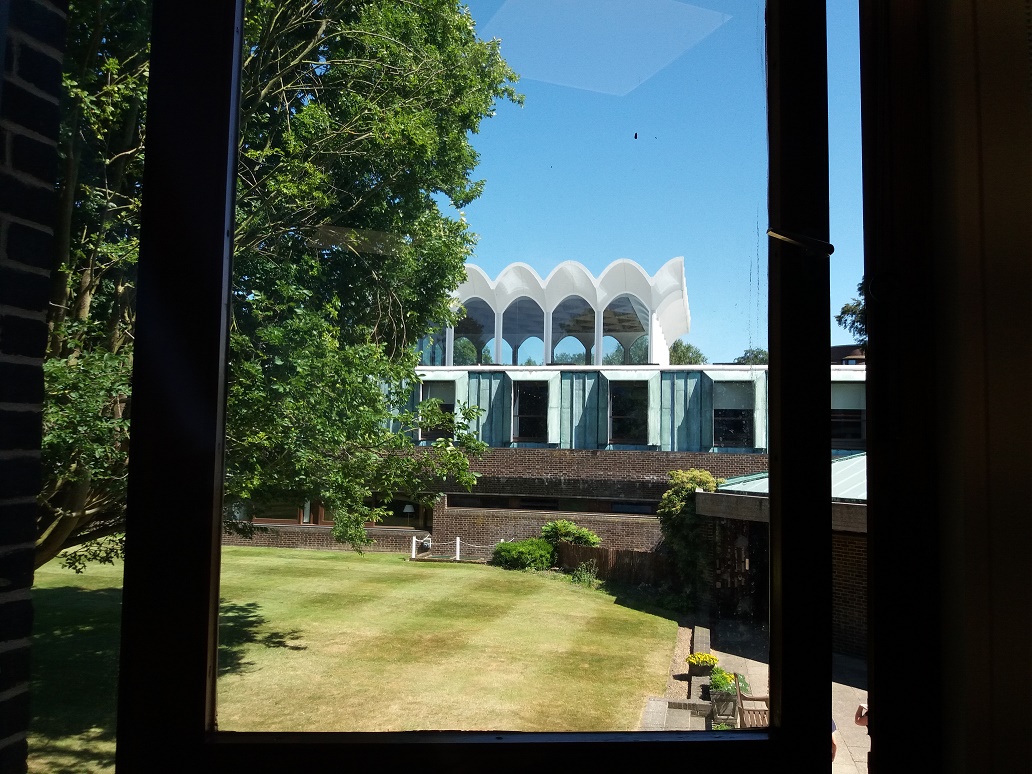 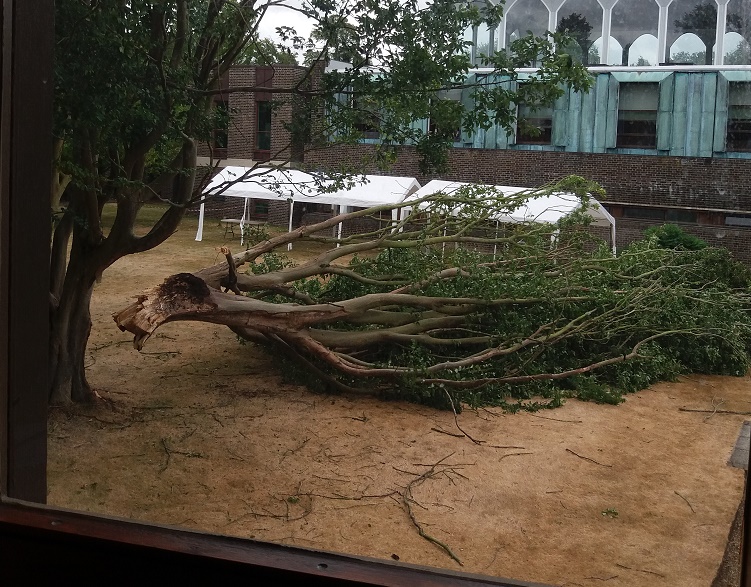 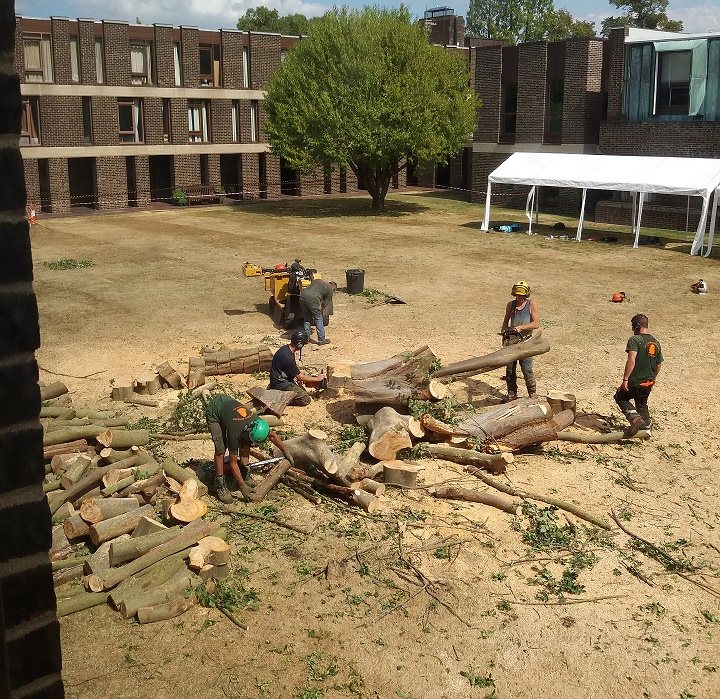