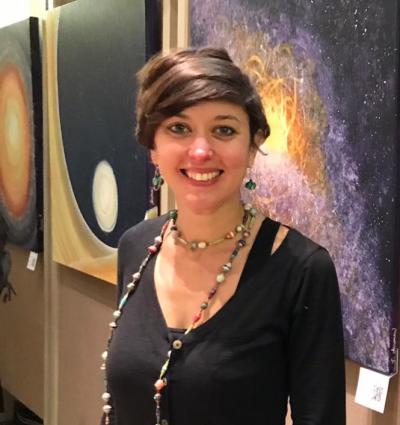 Celine is a volcanologist and Marie Skłodowska Curie Fellow at the Department of Geography.

She joined Cambridge in 2016 as a postdoctoral Research Associate after completing her PhD in Earth, Environment and Planet Science at the Institut de Physique du Globe de Paris - Universite Sorbonne Paris Cite in France.

She joined Fitzwilliam as a Bye-Fellow in 2017.

Celine's research focuses on past eruptions and their impacts on climate and civilisations.

She collects and analyses volcanic rocks and ash to identify and reconstruct chemical and physical processes at stake during explosive eruptions.

She has been working on the identification of large explosive eruptions of the Pleistocene (~800,000 to ~120,000 years ago) in Ethiopia and their potential impact on Modern Humans populations in the African Rift Valley.

Another aspect of her research is forensic volcanology, which consists of gathering multiple records of volcanic eruptions (from ice cores to historical archives) to identify the big events of the Holocene (from ~12,000 years ago until now) that affected climate and societies.