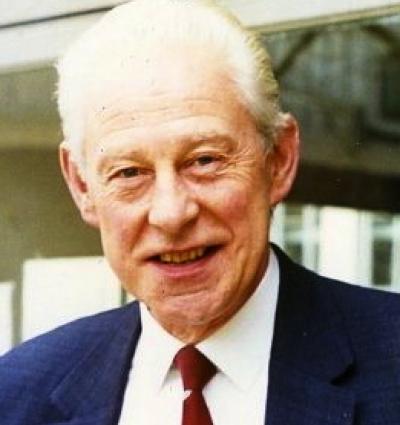 Geoff Walker’s whole academic career was spent at Fitzwilliam having read French and Spanish (1955-58) and gaining his PhD here in 1963. He held a Spanish Research Council Scholarship (Madrid, 1959-1960) and was appointed to the Department of Spanish in 1962 (UAL, UL, HoD), retiring in 1997.  He was elected to a Fellowship at Fitzwilliam in 1967, becoming the College’s first Steward and, in addition to holding other College offices, he served as Director of Studies in MML from 1974 until 1994. In 1988 he was made a Commander in the Order of Isabel la Católica (Spain), for diplomatic services, and in 1989 he was awarded the Cross of St George (Catalonia) for services to Catalan culture, having been President of The Anglo-Catalan Society for a number of years. His research and teaching interests were in the history of the Spanish Empire in America, Catalan studies, and the Spanish and Catalan languages.